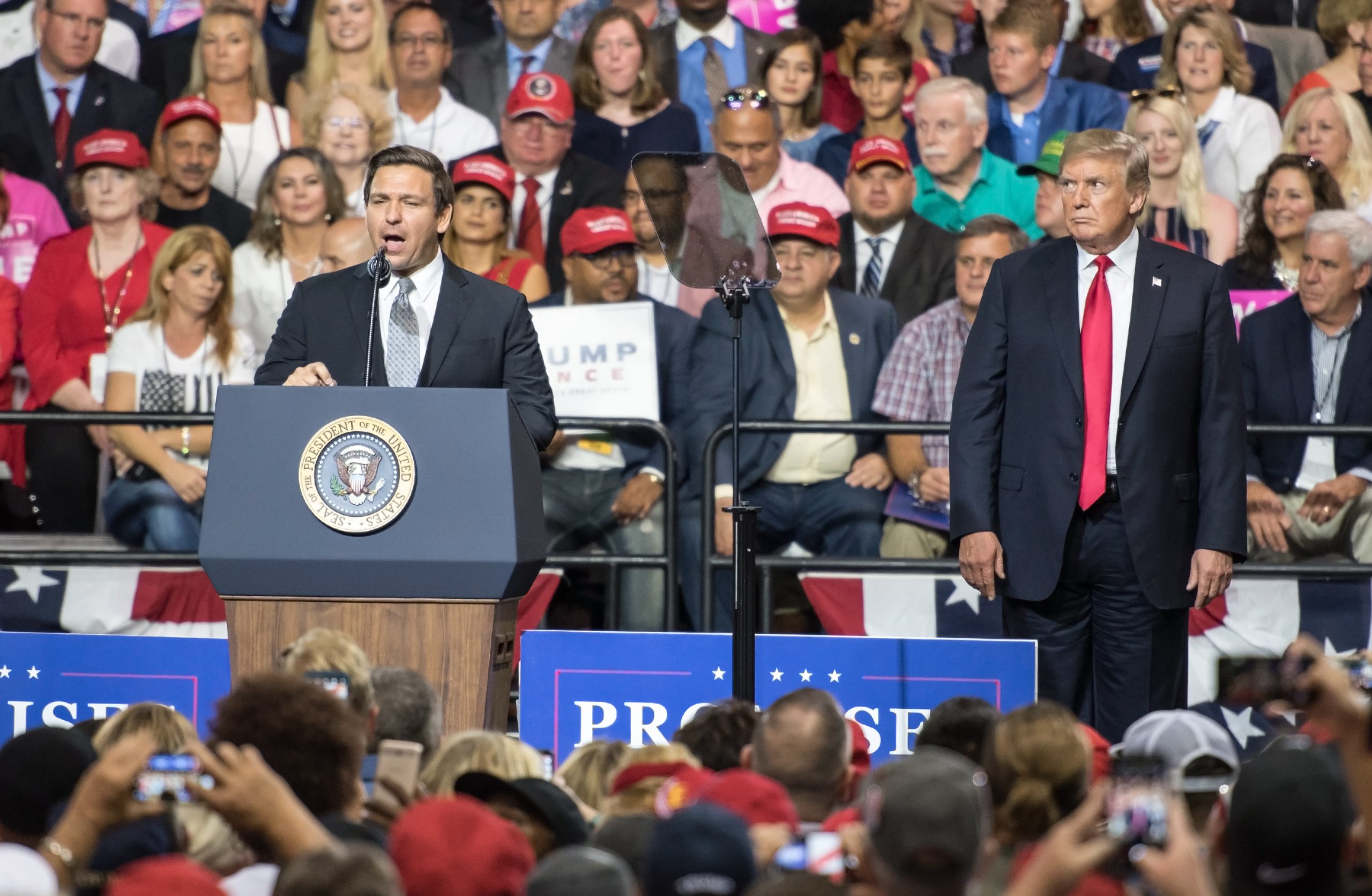 Ron DeSantis campaigns with Donald Trump in Tampa, Florida in 2018. Could the two be at odds in 2024?

Ron DeSantis, the 46th and current Governor of Florida, recently topped former President Donald Trump in a straw poll asking conservative voters for their 2024 presidential preferences. The poll asked attendees of the Western Conservative Summit, a gathering of conservatives held June 18th and 19th in Denver. if they’d approve of the candidacy of a variety of different potential candidates in the 2024 election. DeSantis scored the highest of any candidate, with 74.12% saying they approved of him as a potential candidate. Trump came in second with 71.43%. The full results were as follows:

371 attendees of the Summit were given the poll, and DeSantis’s winning total was 275. Donald Trump was just ten behind, at 265. Unsurprisingly, no Democrat polled above 2.96% (Michelle Obama and Elizabeth Warren), and no Republican polled below 19.14% (Nikki Haley) – with the key exception of former Ohio Governor John Kasich, who polled at 0.81%. Tallying just three supporters, Kasich’s numbers come in the light of continued criticism of the Trump administration and a speaking slot at last year’s Democratic National Convention.

By the nature of a straw poll, each potential candidate’s percentage does not represent the amount of support they’d accrue in a primary or general election; rather it represents the raw amount of polled individuals who’d view their candidacy or presidency as a favorable outcome. There’s considerable overlap between those who approved Trump and DeSantis (and other choices) in this straw poll, while a regular performance poll would attempt to pinpoint the outcome of an upcoming election. 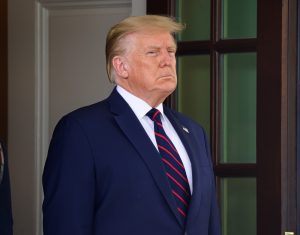 If elected in 2024, Donald Trump would be the second ever president to serve two non-consecutive terms in office.

First elected in 2018, Ron DeSantis had been a vocal supporter of then-President Trump and continues to be a notable face of the Trump-era conservative landscape. Before narrowly defeating Democrat Andrew Gillum to win the governorship, DeSantis represented Florida’s 6th congressional district in the House of Representatives, a territory that includes all of Flagler County.

Former President Trump has teased, but not confirmed, the idea of him mounting a third presidential campaign in 2024. “I’m absolutely enthused. I look forward to doing an announcement at the right time,” he stated to radio host Candace Owens. “As you know, it’s very early. But I think people are going to be very, very happy when I make a certain announcement.”

DeSantis’s first term as Governor expires with the 2022 election, and he’s set to face the winner of a Democratic primary that includes former Governor Charlie Crist (then Republican, now Democrat) and current Commissioner of Agriculture Nikki Fried, the only Democrat holding statewide office in Florida. If DeSantis wins a second term, he’d likely need to resign should he plan on focusing efforts toward a presidential campaign. 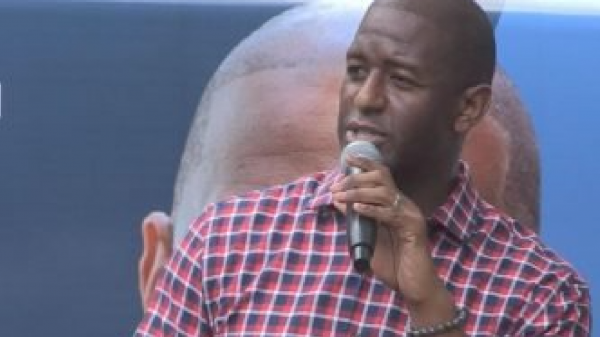 Andrew Gillum, the 2018 Democratic nominee in Florida’s gubernatorial election, has been indicted on 21 counts of wire fraud, conspiracy to commit wire fraud,...