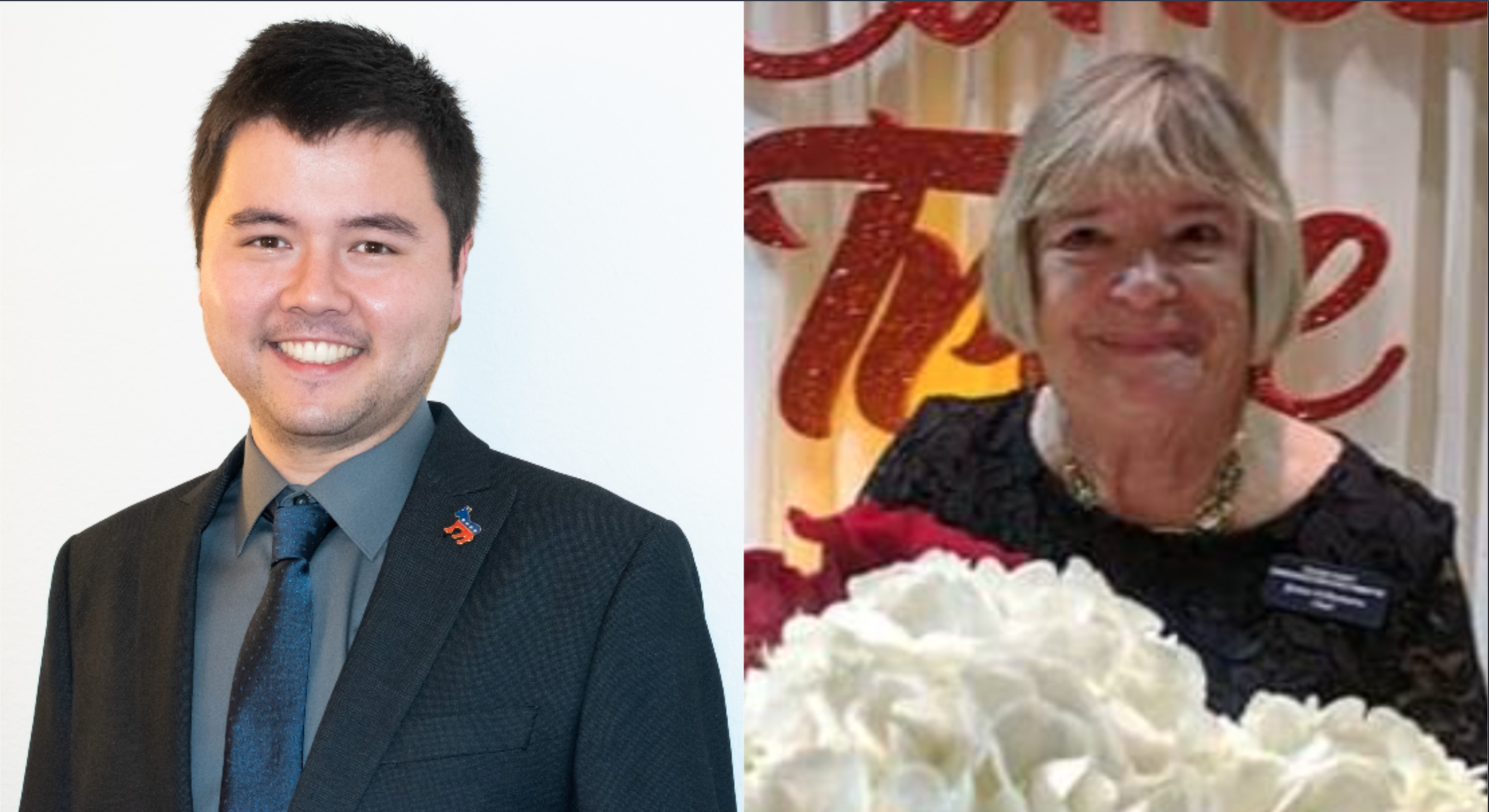 Thripp (left) has ceded the chair position of the Volusia Democratic Party back to former chair Jewel Dickson (right). Photos courtesy of the chairs' Facebooks.
ADVERTISEMENT

Jewel Dickson has been reinstated as chair of the Volusia County Democratic Party, leadership announced Monday. Dickson had been defeated by former congressional candidate Richard Thripp in a December election by a 57%-43% margin among 134 electors.

According to a joint statement from Dickson and Thripp, the decision to reinstate Dickson and to have Susanne Raines and Evans Smith as committeepeople was amicable and made at the advice of both parties’ legal counsel. According to Thripp, legal troubles began when candidate oaths were taken over Zoom, something their team didn’t know at the time was illegal. All but one officer in Thripp’s administration as well as 62 precinct captains discovered their oaths were invalid, legally speaking. 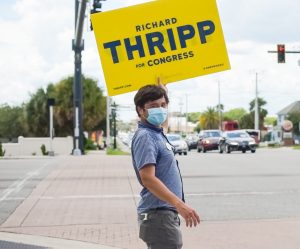 “I have stepped down as Chair of the Volusia County Democratic Party,” Thripp said on his social media Monday morning. “Jewel and I had a great conversation yesterday. She will serve as Chair until December 2024 and I will remain an active party leader.”

Dickson originally raised concern with the notarizations of the new administration back in January, when she called on the election that saw her fall short of Thripp be invalidated. The concerns then mirrored those happening at the national stage at the time: who should or shouldn’t have been able to vote. The difference in Volusia County, however, was that Dickson’s own efforts to ‘stop the steal’ ultimately proved successful.

“This is a joint statement from Richard Thripp and Jewel Dickson. Please welcome Jewel Dickson as our new Chair!
“Yesterday, Jewel Dickson and I, on advice from our respective counsels, approved an amicable agreement thatreinstates Jewel as Chair of the Volusia County Democratic Executive Committee. Susanne Raines will serve as State Committeewoman, and Evans Smith will continue as State Committeeman. New elections will be held on July 19, 2021, for the other three offices. At-large committee members appointed during my tenure, and approved by the DEC at large will also continue in office.
“Because the applicants’ oaths to the Democratic Party were not appropriately notarized, the election of precinctcaptains in 2020 proved invalid. The individuals affected are, however, encouraged to apply to the appropriate committee for membership in the DEC. Their applications will be dealt with expeditiously, and, after approval by the DEC membership at large, they will be eligible to vote in the July 19 election. Specific instructions for application will be provided within the week.
“I have asked that the following be included in a joint statement of party unity: “In stepping down in favor of Jewel Dickson as the Volusia County DEC Chair and asking the local and state party to recognize and support Susanne Raines as the state committeewoman, it is my hope we can move past the issues with the December 8, 2020, Volusia County Democratic Executive Committee election. I am pleased we were able to reach an equitable solution that allows us to focus our talents and energies on the elections in 2022.
“It was an honor to serve as Chair from December 8, 2020, to June 13, 2021. I will support Chair Dickson through the transition and I will continue to have an active role in electing Democrats who enact progressive legislation and policy. I strongly encourage others to join us.”

Richard Thripp first rose to political prominence when he ran a campaign for United States Congress in 2020. Thripp competed against Clint Curtis for the Democratic nomination, ultimately losing narrowly in the August 18th primary. With a 51.5% majority, Curtis advanced to the general election in November against incumbent Republican Michael Waltz, a race he lost by a little over 21.0%. Thripp pivoted to run for leadership among the county party, and held the chair seat for about six months. Now a full-time teacher, Thripp expressed a degree of relief to turn over the reins again to Dickson, citing some difficulty achieving party goals while holding his teaching job.

Of the several listed Democrats on the ballot in Volusia County last year, none came particularly close to scoring a victory. The best performers by percentage of the vote were State House candidate Patrick Henry, who won 46.94% of the vote in Volusia County, and State Senate candidate Heather Hunter, who secured 44.53%. The Volusia Democrats did participate in one election under Thripp’s leadership, in which they advocated strongly for Marcey Kinney in the Port Orange Special Primary Election on April 13th. Kinney won 45.59% of the vote against winner Jonathan Foley, less than 700 votes behind.