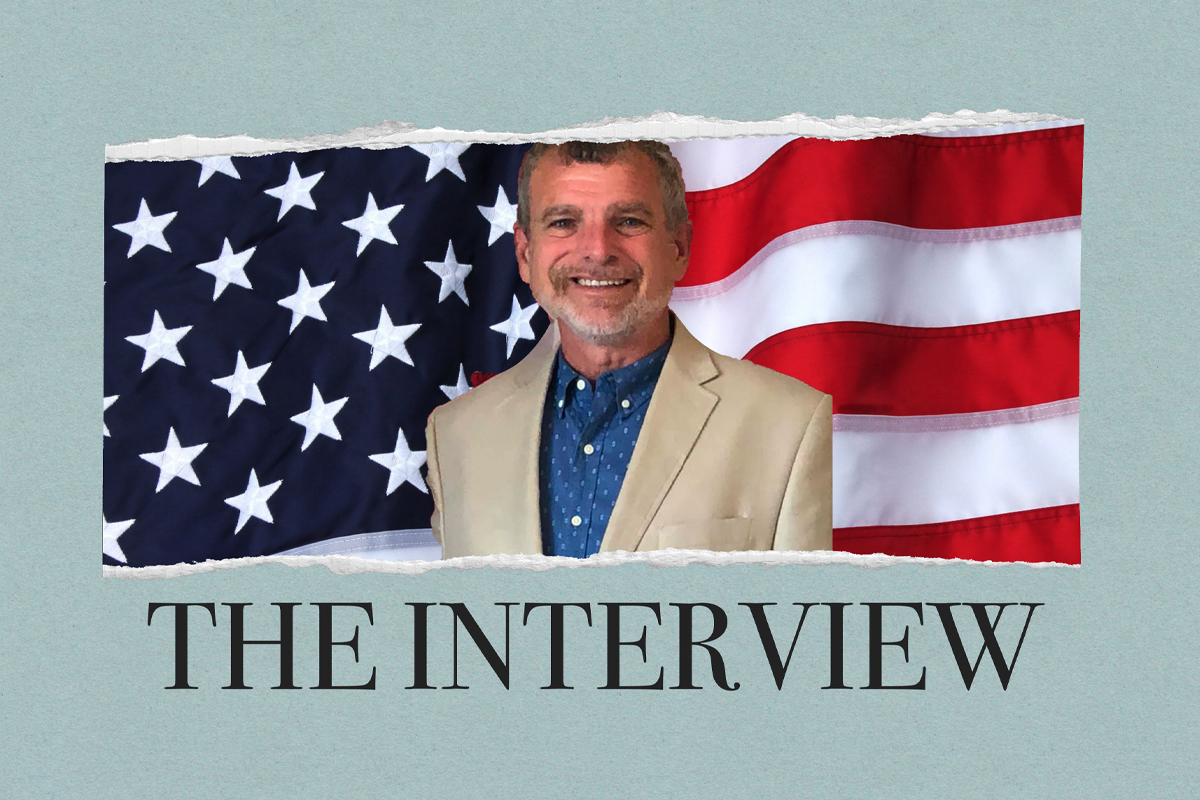 Palm Coast citizens had a stacked field in the mayoral primaries back in August. Democrats Michael Schottey and John Brady, and Republicans Donald Greene, Milissa Holland, and Alan Lowe. The top two vote-getters, Holland and Lowe, will face off in the general election this November.
Alan Lowe is a rising star in Flagler County politics. As a nation, we’re still finding out the efficacy of Trump Republicans as local office candidates, but Lowe already seems poised to be one of the more potent mayoral challengers in recent years. Back in 2016, Holland secured her mayorship in August with 63.43% of the vote while none of her opponents reached 20%. This time she’ll have to compete in a runoff.
In her primary election, Holland won 31.80% of the vote with Lowe coming in second at 26.47%. Certainly, Holland faces a steeper climb to victory this time around, but many are convinced she’ll clinch reelection with ease. On the other hand, Lowe looks to see if one can still capitalize on the conservative movement Donald Trump started back in 2016.
After his impressive primary performance, we were excited at the prospect of interviewing a candidate who as of yet hasn’t granted too many. As with many of you, we wanted to know what Alan Lowe the candidate was about, beyond just the bullet points. Palm Coast residents are growing restless about their taxes, about code enforcement,  and about a growing list of other concerns. Lowe was gracious enough to give AskFlagler his answers to your concerns, and his opinion on why he’s the man for the job this November.
You’ve been quite open about your support of President Trump. Do you think like-minded voters will be enough to win the election, or will you have to appeal to voters that aren’t so happy with the president?
“I support our president and don’t hide that fact. I wonder who Milissa Holland supports. But, this is a local election with local topics and I would like to believe people are thinking on a local level. It is our local government(s) that affect our property taxes, land zoning, and all things that directly affect how we live.”

We polled residents of Palm Coast and found that 68% knew the name of the current mayor offhand. Do you plan to expand or shrink the role of the mayor in everyday life here in Palm Coast, and why?

“The role of mayor is as figurehead for the council and city. As such, I would expect the majority to know the Mayor’s name. There are well known issues in city hall with the current mayor’s name attached to them which may also add to name recognition and perhaps not always in a favorable way.”

City Councilman and fellow Republican Nick Klufas told our podcast TalkFlagler, “We have a younger generation that wants to move here. We need to show them that we’re not a retirement community.” Do you agree with his sentiment? Why or why not?

“Palm Coast was originally billed as a retirement community. That concept never actually came to fruition and we became a mixed age community. However, many in the community and leadership still want to hold on to the ‘Retirement Village’ dream. We need to present an all age inclusive image to attract the full spectrum of residents.”

Your website classifies Palm Coast Code Enforcement as “Over-Reach, Over-Regulated”. As mayor, how will you balance a laissez-faire approach to Code Enforcement with the goal of keeping property values from depreciating?

“I do not see our current code enforcement as having a “laissez-faire” approach, but rather a direct government interaction with the people. What we do need is to take a close look at the codes as many were simply adopted from the ITT days and under the ‘Retirement Community’ thought umbrella which is not where we are today. I have proposed that each councilman choose a business owner and non-business owner from each of their districts and create a volunteer committee to review the codes and make suggestions to modernize it to today’s requirements.”

What has Palm Coast done well and not well in its COVID-19 response? If the pandemic is still this severe when you take office, would you support a mandatory mask mandate?

“The issue of masks is a divisive subject. However, our sheriff has publicly stated that enforcement of a mandate would overburden his officers, and there may be constitutional issues as well. Other municipalities are being sued over mandates. As such, I would follow our sheriff’s lead and not present a mask mandate for the public. I would leave it up to businesses to use their course of action. Having said that, I would consider it as a requirement for entering government facilities for a defined but temporary period of time.”

One of Mayor Holland’s most popular projects is bringing MedNEX to Town Center, a satellite of the University of North Florida. If you defeat Mayor Holland this November, do you plan to carry the torch on her project or advocate for other sources of job creation in Palm Coast?

“I have expressed concerns [with] spending the $1.5 million from our coffers during an economic downturn coupled with our loss of sales tax revenue. However, I have contacted some very successful financial organizations and have developed a potential plan that may allow us to invest and take steps to hedge potential loss of the investment funds. This would allow me to be in favor of the public private partnership while protecting the public’s tax money.”

One of your ideas is a city-sponsored outreach program for citizens suffering from mental health crises. Tell us more about this plan: would you look to create mental health counseling jobs, or would outreach be handled by volunteers? Any plans to collaborate with local institutions like Stewart-Marchman or is this a self-facilitated program?

“The city has been kicking the mental health issues down the road, and yet Flagler County has the highest suicide rate in the state! We must collaborate with local institutions as well as other mental health groups and professionals to develop an actual functioning program. I have already been in contact with local organizations and feel confident we can have successful outreach programs and reduce the devastating statistic we now own.”

All things considered, what makes you the right candidate to be Mayor of Palm Coast?

“As mayor I will be a public servant and a community leader that actually listens! Not only will I bring the expected honesty, integrity and transparency back to City Hall, I will also bring the truth that all city employees whether elected, appointed or hired, are servants of the people and that the citizens of Palm Coast deserve their respect in all interactions.

“Unlike our current mayor, I will never co-mingle my private professional career with my elected office. I will fight to restore trust to the office of Mayor of Palm Coast and make your interests my first priority. I believe in small government and see the government’s role as representing the needs of the people and not controlling the public. I want to serve our city in the best interest of our citizens and lead others by example. I don’t want to play the role of protector but rather one of a civic partner that listens and understands that we need to build an environment of prosperity that attracts people to our city from all walks of life, all age groups, and instills a sense of pride in living in a community that is willing to evolve to be so much more.

“I believe in transparency and creating community interactions by bringing the voice of the people to the office of Mayor. I don’t believe in continuous virtual town hall meetings as a new reality or the ‘new normal.’ A meeting without true community interaction is nothing more than lectures with selected speakers. I do believe monthly in personal town hall meetings are essential and necessary to keep in close touch with the public, to be accessible, transparent, and present.

“I believe that business investments that will create lasting well paid jobs are an essential basis for our city and I am concerned that several important businesses left the city during the past years. We need to work on bringing good companies to our city by creating an inviting atmosphere to entice new businesses to call Palm Coast home. I would call on the city council to create a committee of local business owners to identify city ‘road blocks’ to a successful business atmosphere and excessive red tape and then devise plans to eliminate them.

“We are all facing economical challenges, now more than ever following the COVID-19 lockdown, and so is the city. However, I do not believe in raising taxes as the only method to create revenue to fill the city’s coffers. Instead I believe in creating a thriving a business environment to attract investments into our city. Tax revenue generated from businesses should outweigh tax dollars gleaned from private residential property tax. As such, improving the business atmosphere will bring more businesses from which the city can improve the tax base and reduce the burden on the individual.”

Our thanks to Alan Lowe for granting AskFlagler this interview.