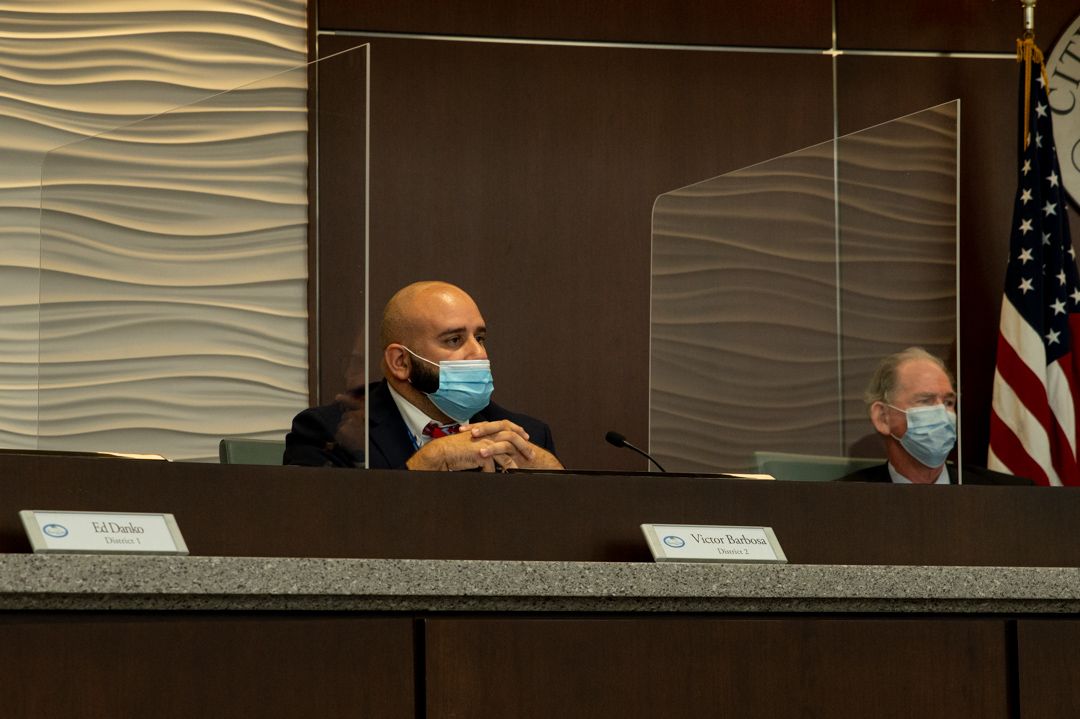 Victor Barbosa, District 2 representative on the Palm Coast City Council, is under investigation for crimes he’s accused of committing in Costa Rica, according to recent reports. Barbosa is documented as being in Costa Rica by social media posts, the earliest in 2012 and the latest in 2018. These charges are alleged to have taken place in June, July, and October of 2018.

The Flagler County Sheriff’s Office was tipped off to Barbosa’s apparent status as a fugitive from the law in Costa Rica after a car accident he was in on Old Kings Road and Forest Grove Drive. Barbosa was in good health following the crash, but Barbosa’s information was run through the system as part of a routine check. The accident occurred on March 5th, and on March 11th a hit came up from a database which revealed Barbosa’s fugitive status.

Dan Engert, Flagler County Sheriff’s Office Chief, has stated that the FCSO believes Palm Coast’s Victor Barbosa to indeed be the Victor Barbosa who is fugitive from the law in Costa Rica. The charges listed as being against Barbosa are aggravated robbery, extortion, and assault with a weapon.

“It’s the first time I am hearing of this, I know nothing about this,” Barbosa said in a statement to AskFlagler. “Is this part of the Mayor’s campaign to smear my name I have been dealing [with] all week with crazy allegations?” Barbosa stated that the influx of PAC donations to David Alfin’s mayoral campaign should be of greater focus right now. Asked if he was implying a connection between this breaking story and former Mayor Milissa Holland, Barbosa responded, “I have no idea.”

There is potential for serious repercussion for Barbosa in light of this news; as reported by FlaglerLive, Barbosa does stand to potentially be removed from the City Council by the Governor’s office, or even extradited back to Costa Rica in accordance with The United States and Costa Rica Extradition Treaty of 1982.

Barbosa was elected to the City Council in 2020, winning a four-way race to succeed Jack Howell, who resigned due to health issues. The late former Mayor Jon Netts served in the interim. The newly elected councilman announced in February, three months after his election win, that he would seek a seat on the Flagler County Board of Commissioners in 2022. As of now, those plans may have been thrown into disarray.

This story is still developing, and will be amended as new information becomes available.

UPDATE 2:34 pm: The U.S. Department of Justice has opened a case investigating Barbosa.

UPDATE 2:36 pm: Acting Mayor Eddie Branquinho chose not to comment at this time.

UPDATE 2:50 pm: Councilman Ed Danko stated that he was stunned to hear of the development, but wanted to further learn about the situation before giving a proper statement. Danko also stated that Barbosa has no official role with the Alan Lowe for Mayor campaign.

UPDATE 2:49 pm: The Palm Coast City Charter lists the following regarding the removal of a Council member:

UPDATE 3:03 pm: Councilman Nick Klufas comments on the matter: “The allegations are troubling. I have no insight to the situation but perhaps the ‘top secret source’ of Councilman Danko will shed some light on the situation.” Klufas refers to Danko’s assertion at Tuesday’s Council meeting that an unnamed law enforcement entity had informed him of former Mayor Milissa Holland being under criminal investigation.

“I am shocked just like everyone else I have never been convicted of anything.

“This is the first time that I am seeing or hearing of this I don’t understand why they are doing this, I had dinner just the other day with sheriff Rick we talked he never mentioned anything of this nature.
All that im guilty of is the love of my City I do not take my job as a part time job I work every day sense I have been in office I love my job I love helping our community of this I am guilty.

“The question everyone should be asking is why there dumping 250,000.00 for a person to be Mayor. What will they have to do in return for this favor?

“I will keep fighting for the people of our community!!!!”