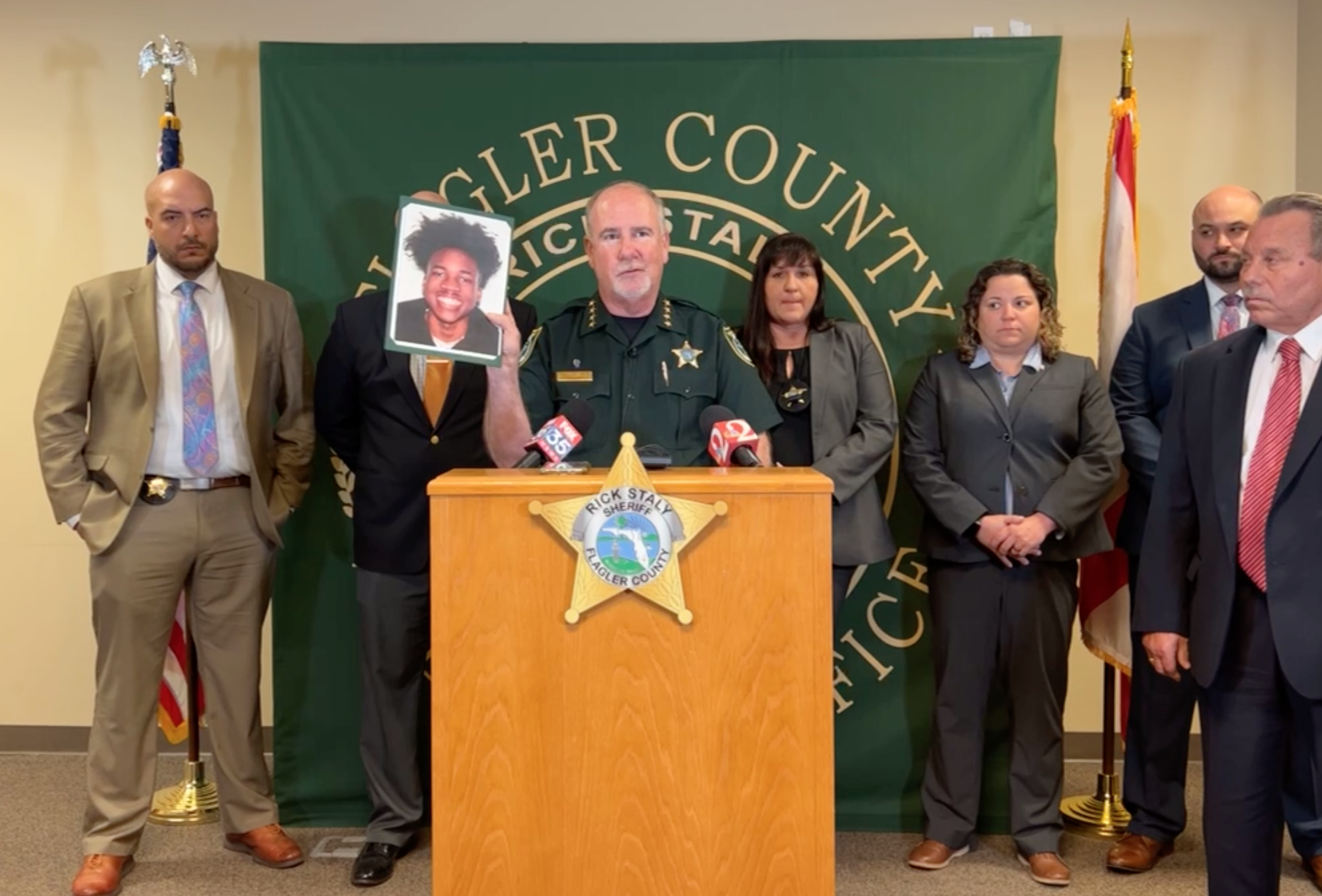 PALM COAST – Flagler Sheriff Rick Staly announced at a Thursday press conference that 15 year-old Da’Mari Barnes had been arrested in connection with the shooting death of 19 year-old Jamey ‘JuJu’ Bennett. He turned himself in at the Mitchell County Sheriff’s Office in Camilla, GA. 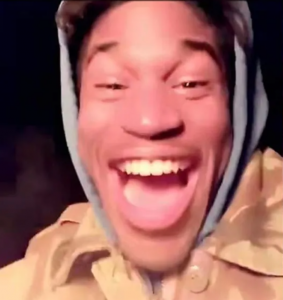 A social media picture of Bennett before his death.

For the uninitiated, Bennett was fatally shot at a party on February 5th, in a wooded area north of Matanzas Woods Parkway near Matanzas High School. There had been a verbal altercation between Barnes and Bennett, apparently involving a girl, and it escalated to a physical fight. Barnes brandished a gun and shot Bennett once in the chest. He was taken to AdventHealth Palm Coast, where he died of his wounds.

According to Staly, the party had been an open-invitation event with over 50 youths attending. Many did not know each other personally, making it hard for witnesses to connect other relevant individuals when questioned by law enforcement.

Even with an arrest having been made, investigators are still working the case to discover new information in the case against Barnes. “Many witnesses were not totally forthcoming during their interviews,” Staly said of the investigation process. “To solve this case and make an arrest used the full resources of the Sheriff’s Office and our partners.”

Barnes fled the scene of the murder in an ’09 Hyundai Sonata, which was caught on tape helping detectives track him down. He’s being charged with Manslaughter with a Firearm. This charge carries the possibility of 30 years behind bars, with an additional 30 years probation and a $10,000 fine. Barnes would be in his forties when released if he began serving the full brunt of this sentence in the next five years. 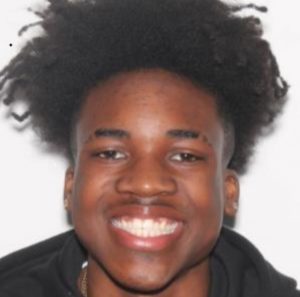 FCSO detectives spoke to Barnes’ parents, and learned of the possibility he was in Georgia. The parents then communicated with Barnes, successfully convincing him to turn himself in up there. Detectives with the FCSO are in Camilla doing further investigating.

Sheriff Staly says Barnes is expected to be the only person charged in the death of Bennett, and that no other individuals were believed to be accessory to the crime.

After giving the hard facts, Staly spoke candidly and with exasperation in his voice. “15 years old…this is a killer. It’s amazing to me, at age 15 that this would be done at the hands of a 15 year-old.”

He also gave an encouragement to parents: “He was trying to be a macho man with a gun. So parents, I ask you to teach your kids that it takes a bigger man to walk away from a dispute than it does to be a punk with a gun.” Also, he warned parents to be wary of their kids’ whereabouts and appeared to suggest Bennett’s had not been involved enough that night. “You don’t want to bury your child because you weren’t being the parent at home.”

State Attorney RJ Larizza spoke after Staly. The State Attorney’s office may possibly up the charges from the current Manslaughter charge to something heavier if the evidence and information collected in the investigation warrant it.