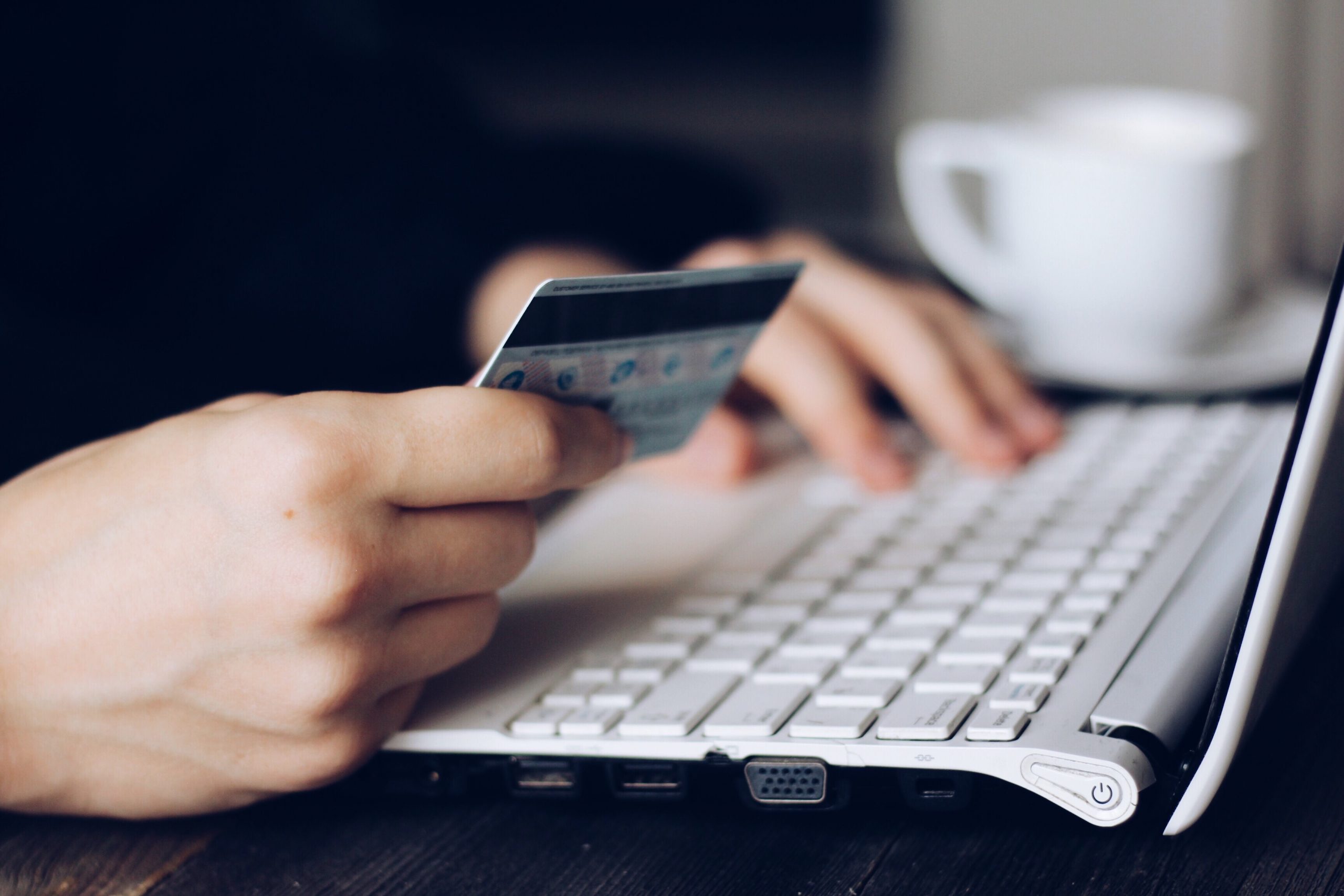 Disclaimer: candidates may report last-second contributions after the publishing of this article, which would make the data below slightly outdated.

There are a lot of ways you can slice the finance side of the 2021 Palm Coast Mayoral Election. All data is published on the Flagler Supervisor of Elections website, meaning the information is there for any interested party to peruse. But it’s a lot of information, meaning that it’s a lot of work to assemble the data in a way that’s meaningful, contextual, and complete. Luckily, we did that work for you.

There are fallacies to this information, though. For one thing, candidates may still update their financial reports between the publishing of this article and the election, rendering it slightly outdated. That’s a necessarily evil to get this information out before everybody has made it to the polls. For another, some information might be technically true, but misleading. A party could donate with an LLC that they have registered in one location, while they themselves actually live in another. To play it safe, we presented the data as it’s reported on the Flagler Elections website.

First of all, here’s one easy way of looking at things: the total value of donations each campaign has received.

Now, that’s a good start to see how much money each campaign had to work with. But it doesn’t tell the whole story. The natural next question would, where are the candidates getting their money? Are they funding themselves? Is it all small donations? Who’s getting money from larger benefactors?

Well, to answer one question: each candidate is at least in part funding their campaign through donations they’ve made to themselves. To spend one’s own money their campaign, they have to transfer the funds into their campaign account and log it with the Flagler Elections website. These are the total amounts each candidate has contributed to their own campaign as of the writing of this article:

One thing you may notice: Kathy Austrino and Carol Bacha are reporting their campaigns to be entirely self-funded. Their campaigns have not registered any contributions from donors, PACs, or businesses. Oh, and while we’re at it – a PAC is a Political Action Committee. These organizations are formed to raise funds for candidates or general causes in elections. They exist from the city level all the way up to national races. The National Rifle Association (NRA) operates a PAC advocating for pro-gun candidates and causes, just as the National Resources Defense Council (NRDC) operates one forwarding the cause of environmental protection.

In addition to self-funding PACs, candidates in this election have also received support from individuals and businesses. Let’s look at the makeup of each candidate’s contributions, sorted by type: 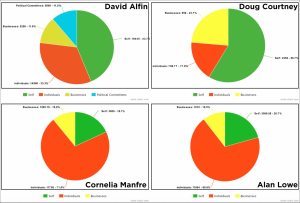 The four candidates’ campaign contributions sorted by type. Note that Kathy Austrino and Carol Bacha are not represented, as they report entirely self-funded campaigns.

Cornelia Manfre and Alan Lowe both report a majority of their funds from individual donations. Doug Courtney reports a mostly self-funded campaign, and David Alfin’s funds don’t have a majority from any one source. The largest portion of his funds do come from self-contributions, however.

Though these charts show the percentage each candidate receives from individual donors, it’s also valid to wonder how many individuals are donating to each campaign, as a whole number. That table reads as follows:

Right off the bat, you’d assume that’s 61 guaranteed voters for Manfre, 56 for Lowe, and so on. Though each candidate is sure to accrue many more voters than 61 on Election Day, not every individual who donated is actually even an eligible voter. Candidates also received contributions from friends and family outside Palm Coast, as well as the possible onlooking spectator who might take stock in what happens in our little town.

Breaking it down by how many Palm Coast residents have donated to each candidate, the numbers come out a little differently:

Of course, it should be reiterated – some donors list an address according to an LLC, which could be different from their actual residential address. There are also a handful of protected voters listed as contributors, whose addresses aren’t shown at all. They’re each absent from the data set, but there aren’t many of them. Also, in case it wasn’t clear: individual donors do not include business donations, another source of in-town money candidates can also receive.

The number of donors each candidate had was not the only thing that varied greatly. There was also a great variance in the average donation size each candidate received: 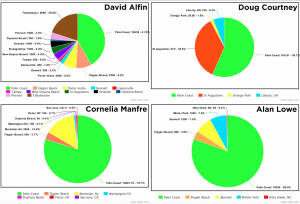 The four candidates’ campaign contributions sorted by location. Note that Kathy Austrino and Carol Bacha are not represented, as they report as entirely self-funded.

In this comparison, contributions are counted from individuals, businesses, and political committees. Self-contributions are omitted, as are contributions from individuals with unlisted addresses. As mentioned earlier, the city or origin does not necessarily equate to the city in which the primary donor resides. For the purposes of recording campaign finance, city of origin can also represent the location of a business’s registration, regardless of where its owner calls home. Each candidate received a degree of ‘out-of-city’ money, but not strictly the amount represented in the Elections Office’s data, and these graphs.

As we’ve discussed, the name and location of any and every individual campaign donor is available on the Flagler Elections website. All information here is a matter of public record. In this election, thirteen donated in amounts upward of $1,000, and three candidates received donations of such sizes. Those contributors are listed in the infographic below:

So what is there to conclude from all this information? That could be a variety of different things, depending on your individual values as a voter. What’s more important than anything is to do thorough research on each of the six candidates, and to vote on Election Day. Information for voting is available below.

The special election for Palm Coast Mayor will be held on July 27th. Check where your precinct location is: https://www.flaglerelections.com/For-Voters/Find-Your-Precinct