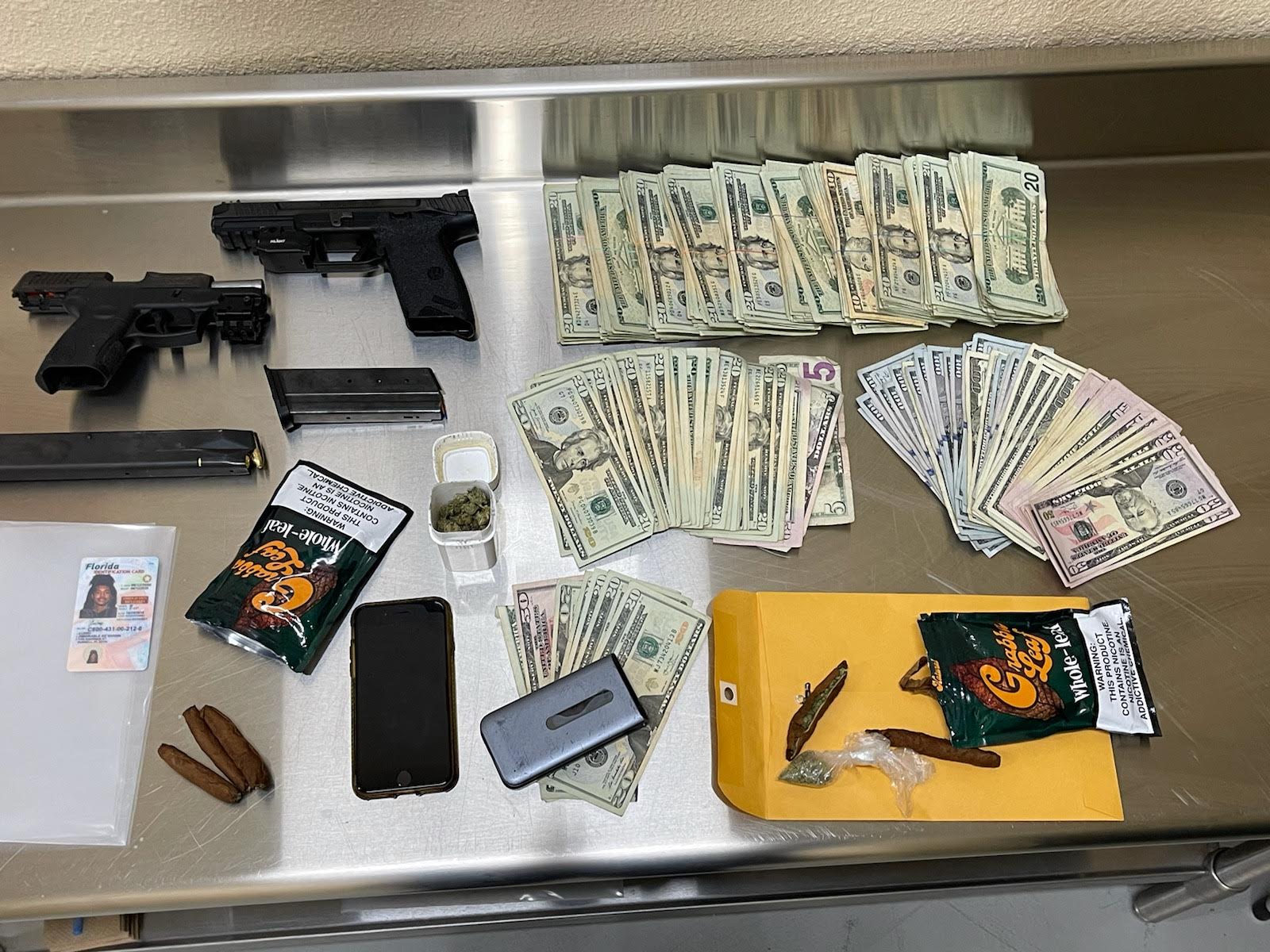 On Saturday, November 27, 2021, the Flagler County Sheriff’s Office (FCSO) observed a speeding vehicle in the area of State Road 100 West and County Road 45. Deputies attempted to conduct a traffic stop when the vehicle continued to accelerate speeds of up to 108 miles per hour. Once the vehicle slowed down, deputies were able to successfully conduct a traffic stop where three subjects, identified as Jimnirable Curry (DOB: 6/12/2000), Keyshawn Davis (DOB: 6/7/2002), and Ernest Hall (DOB: 7/9/2000) were found to be in possession of drugs, firearms, and over $15,000 cash.

Upon deputies approaching the vehicle, Hall was recognized by deputies and the other occupant advised he did not have any identification on him. Curry provided deputies with his ID which had white powder residue on it that tested positive for cocaine.

Deputies recovered marijuana on Hall and Curry and during a search of the vehicle a black drawstring bag containing $15,270 cash bundled in a typical drug dealing style, a container of marijuana, and two firearms hidden in the rear seat. One of the firearms was reported stolen from Flagler Beach in 2017. Curry stated the cash was his and claimed it was “made by rapping and performing at shows” and that “not a lot” of the money was from selling dope.

“Drugs, cash, guns, and felons are a recipe for danger to our deputies and the community,” Sheriff Rick Staly said. “Curry qualifies for a dumb criminal of the year award after handing a Deputy Sheriff his ID coated in cocaine! I was on a Saturday night patrol with our team this holiday weekend and observed first-hand the phenomenal job our deputies did during this traffic stop. Their proactive policing led to multiple felony charges and repeat offenders off our streets and back in jail where they belong. I only wish the bonds were higher or even better yet no bond for Hall since he violated his probation but we don’t set the bond amounts.”

Hall is a convicted felon with a criminal history that dates back to 2018 in Flagler County. He’s previously been arrested for Fleeing and Eluding Law Enforcement, Aggravated Assault with a Deadly Weapon, Burglary, Driving While License Suspended, Possession of Marijuana, and Reckless Driving.