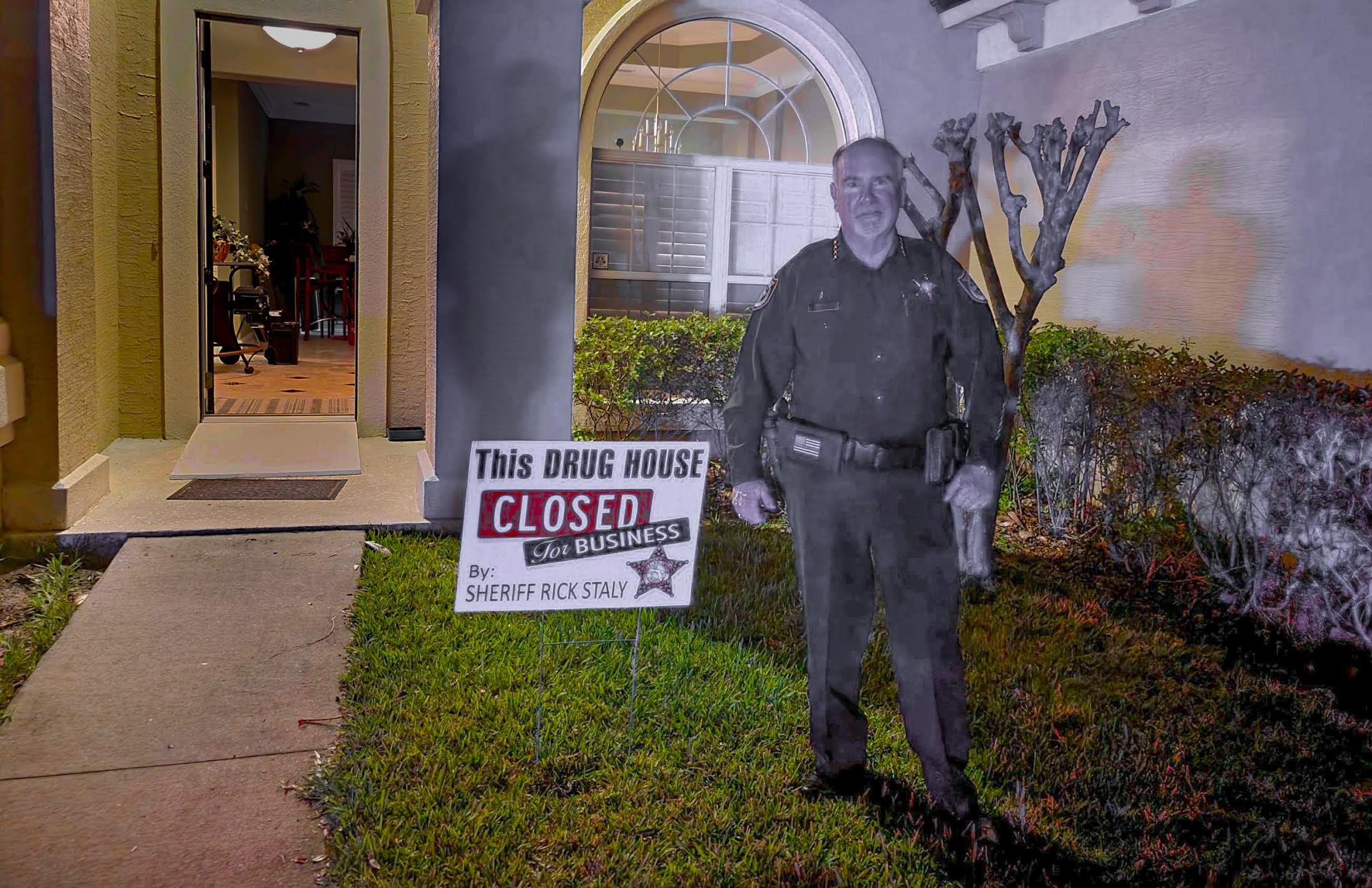 While on one of his Friday night patrols, Flagler County Sheriff Rick Staly joined his Special Investigations Unit and SWAT Team to close down a drug house in the Grand Haven community.

Members of the Flagler County Sheriff’s Office (FCSO) SWAT Team and Special Investigations Unit (SIU) executed a search warrant on the North Village Drive home of Scott Michael Safarty just before 10 p.m., Friday night. The 58-year-old man ignored multiple commands to leave the home before finally exiting through the front door. However, he continued to refuse to obey the commands of SWAT Team members resulting in the use of a non-lethal sponge round to deploy a gas irritant to safely take him into custody. “I was very proud of our team that safely contained and took into custody a suspect that was refusing to cooperate or follow commands and was known to have firearms in the house,” said Sheriff Staly.

A search of the residence resulted in the discovery of a safe in the garage. The contents included a scale and drugs including 35.63 grams of Alprazolam, .21 grams of Oxycodone and .15 grams of Morphine. A search of his bedroom turned up drug paraphernalia, .38 grams of Fentanyl and $618 in cash.

“Open a drug house in our county and you will meet our SWAT Team and Special Investigations Unit who will shut you down and take you to the Green Roof Inn,” Staly added. “It doesn’t matter if you are a poison peddler hiding in a gated community or not we are coming for you. Poison peddlers are not welcome. Get out of Flagler County before you meet us in person.”

Safarty currently faces five felony charges including the possession of Fentanyl, Morphine, Oxycodone, Alprazolam – Possession with Intent and Controlled Substance – Possession without a Prescription. He also is facing a misdemeanor charge of Resisting an Officer without Violence. Additional charges are pending and this investigation is ongoing.

Safarty had a previous stay at the Green Roof Inn 12 years ago. In October 2010, deputies arrested Safarty on a charge of Aggravated Assault – Deadly Weapon without Intent to Kill. He was released on the new charges on a $15,500.00 bond.