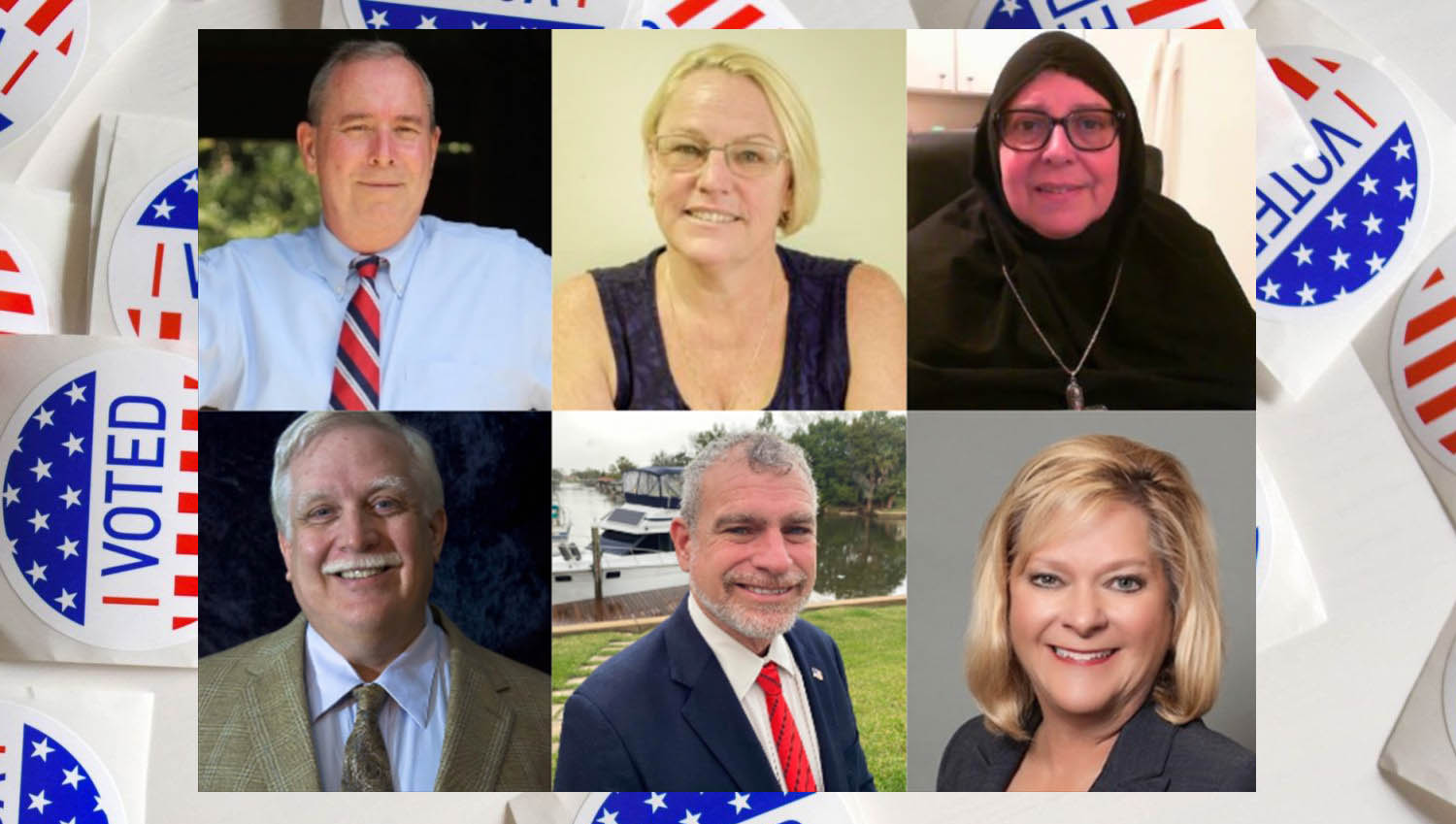 The city of Palm Coast was shaken by the sudden and unexpected resignation of Mayor Milissa Holland last month. Holland left her post just six months into what was to be a four year second term at the helm of the City Council. It was decided at the following Council meeting that a special election would take place on July 27th to replace Holland through the remainder of her term. Immediately candidates began declaring their intentions to campaign for the mayorship, ranging from the well-known to some less recognizable faces in Palm Coast politics. With seven candidates now qualified and under two months until the big day, voters have the chance to now begin choosing which mayoral hopeful they’ll support going foward.

David Alfin is known to Palm Coast residents mainly through his work as a realtor and his campaign for Palm Coast City Council last year. Alfin finished third, behind winner Victor Barbosa and runner-up Bob Coffman. He placed ahead of Dennis McDonald. Alfin has logged $4,710 in monetary contributions as of June 7th, and $0.00 in total expenditures & distributions.

Kathy Austrino joined the race in late May, citing a respect for candidates Alan Lowe and David Alfin, but ultimately a dissatisfaction with each of them for different reasons. Austrino is one of three realtors in the race, and has never run for political office before now. Austrino has logged $0.00 in monetary contributions as of June 7th, and $0.00 in total expenditures & distributions.

Carol Bacha is a nun and music program director with the Russian Orthodox Church in Palm Coast. Bacha also ran for Flagler County School Board last year against Paul Mucciolo and incumbent Colleen Conklin, a race that saw Conklin ultimately secure re-election. Bacha has logged $50.00 in monetary contributions as of June 7th, and $0.00 in total expenditures & distributions.

Kevin Cichowski filed to run for Mayor and qualified for placement on the ballot, but has not made much information publicly available so far in the campaign. Cichowski has logged $0.00 in monetary contributions as of June 7th, and $0.00 in total expenditures & distributions.

Doug Courtney was the first Democratic candidate to jump in the race for Mayor. Courtney has also appeared in two State House of Representatives races, losing in the 2010 general election to Republican William Proctor, and in the 2012 Democratic primary to Milissa Holland. Courtney has logged $500.00 in monetary contributions as of June 7th, and $0.00 in total expenditures & distributions.

Alan Lowe comes in as the runner-up in last year’s mayoral election, being defeated by Holland by a margin of only 5.1%, less than 3,000 votes. Lowe is a regular presence at City Council meetings, and so far the only candidate to put up campaign signs or to log expenditures. Lowe has logged $2,626.58 in monetary contributions as of June 7th, and $810.85 in total expenditures & distributions.

Cornelia Downing Manfre, a relatively recent entry, is one of two Democrats and one of three realtors running for Mayor. Manfre campaigned last year for City Council, losing to incumbent Nick Klufas by 13.42%, a little over 6,000 votes. Her husband, Jim Manfre, is a two-term former Sheriff of Flagler County. Manfre has logged $0.00 in monetary contributions as of June 7th, and $0.00 in total expenditures & distributions.

Election Day 2021 will be July 27th, and certification of the winner takes place July 30th. Early voting dates will be held July 17th-24th, from 10 a.m. to 6 p.m. at the following locations: