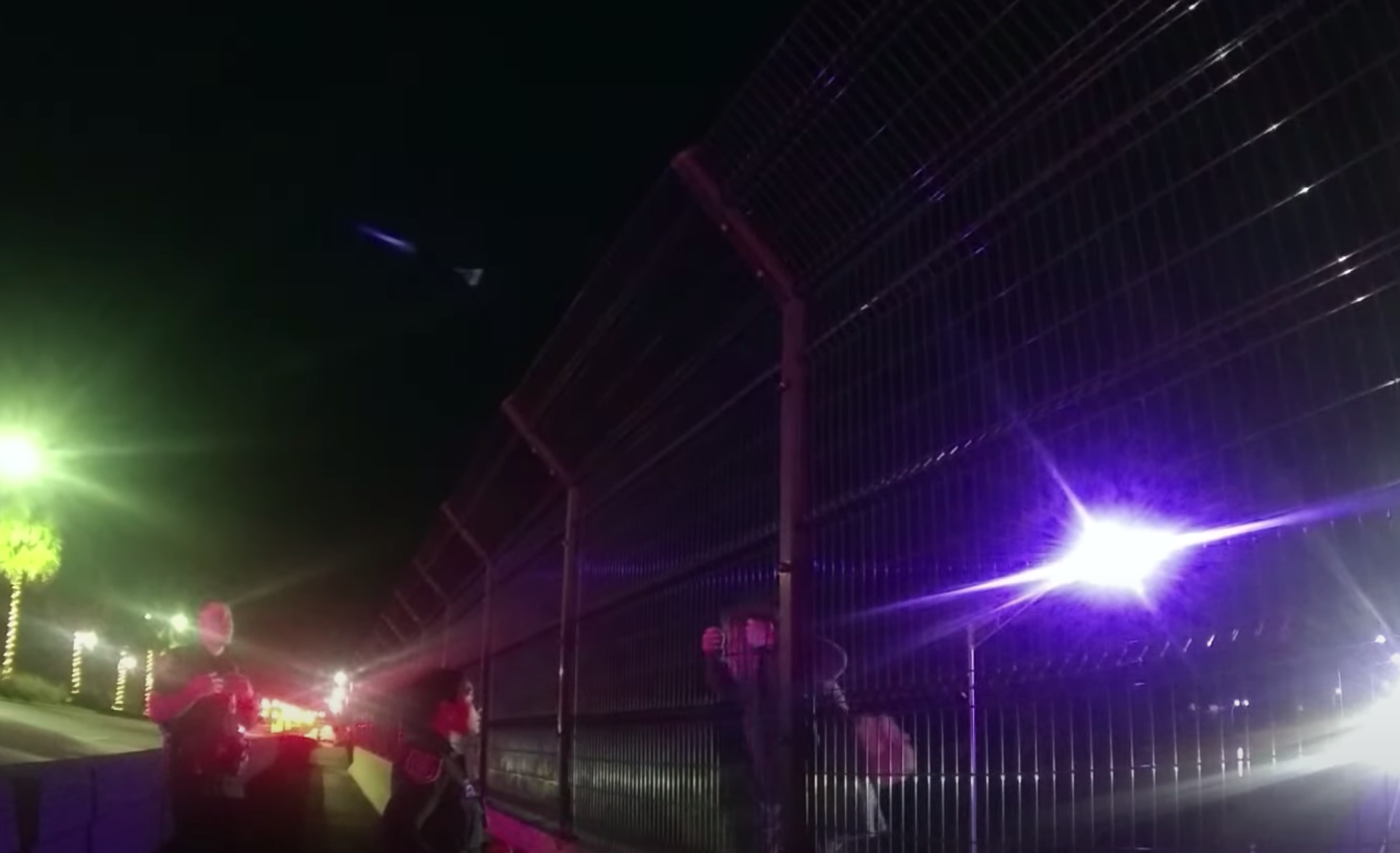 PALM COAST – A cry for help or a final resort? For the third time in the last six months, the same juvenile has been saved from an attempt to jump off of an I-95 overpass. Traffic was shut down on the Palm Coast Parkway overpass, which towers above the fast traffic of the highway below.

According to a press release from the Flagler County Sheriff’s Office, multiple agencies responded to the Tuesday evening crisis. The FCSO Crisis Negotiations Team (CNT) and Palm Coast Fire Department were among them, and as with past instances an all-female negotiation team was formed as the girl is known not to respond well to males.

The girl was standing on the ledge outside the metal safety barrier on the overpass when responders found her. Through communication and coaxing, the team convinced her to cooperate as they lowered her down to safety. Following the incident, the girl was Baker Acted and transported to Halifax Medical Center in Daytona Beach for further evaluation.

“This is another outstanding rescue by all involved,” said Sheriff Rick Staly. “The quick response and combined efforts of FCSO deputies, Crisis Negotiations, Communications Center, Fire Rescue, and the deputies holding the juvenile’s hand saved her life again. Their training in de-escalation techniques and being able to talk to someone who’s threatening to take their life is remarkable. I commend everyone who stepped up for this child’s life for the third time in six months. This child continues to need significant help and I am once again asking the Department of Children and Families (DCF) and her parents to get this juvenile the help she needs before it is too late. We have also asked the Florida Department of Transportation to access how they can secure the bridge to prevent acts like this but so far have not had any action.”

The Flagler County Sheriff’s Office provided video of the rescue below. Be advised of intense content.