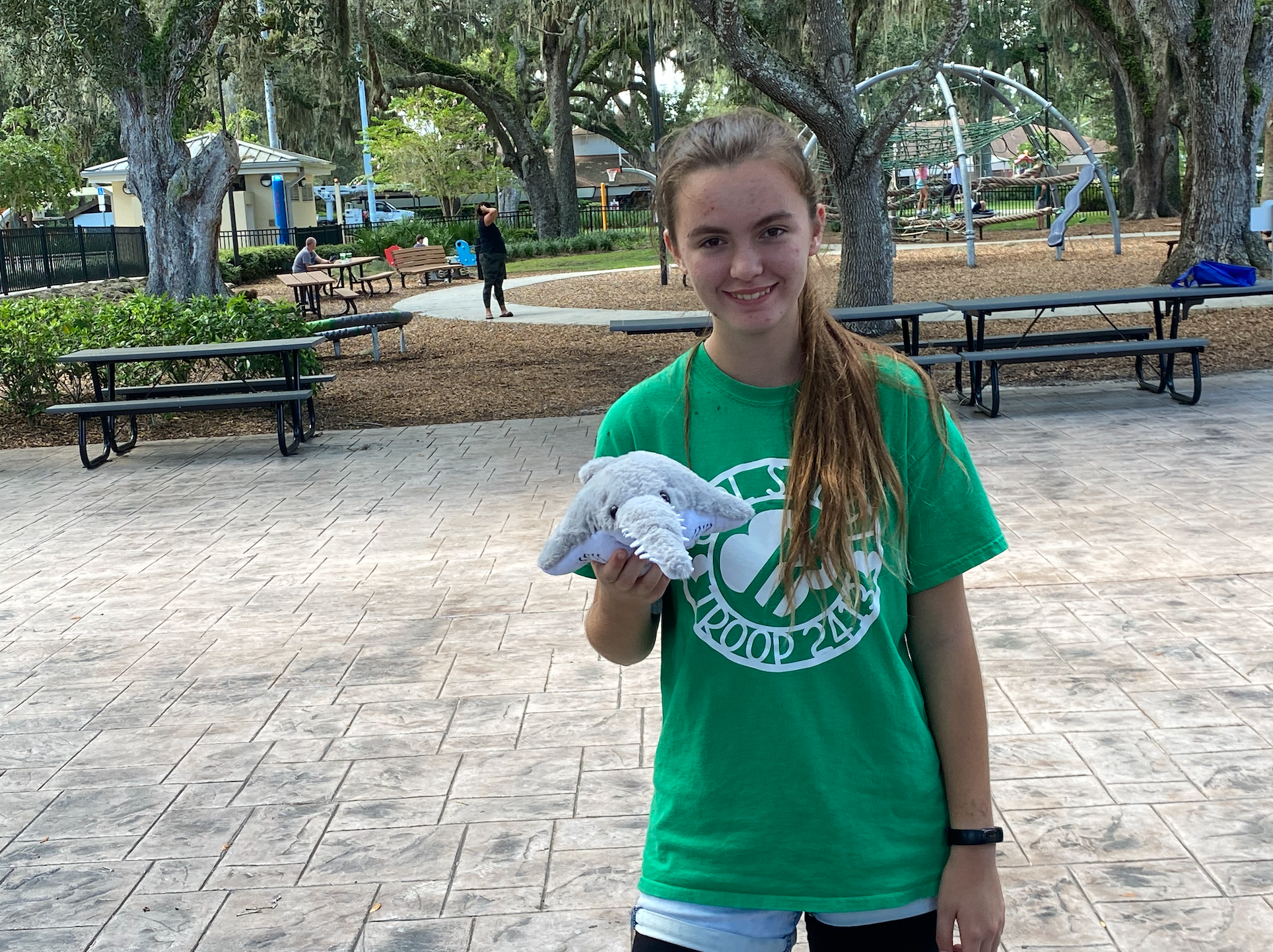 Karolyn Whitney of Girl Scout Troop 2413 won the prize for the most unique find of the day. ⓒ AskFlagler
ADVERTISEMENT

The City of Palm Coast held a successful waterway cleanup on Saturday, seeing over 1,600 pounds of trash cleaned up by over 250 volunteers. Dressed mostly in the purple volunteer t-shirts handed out by the city, Palm Coast’s good samaritans spent all morning combing the scenic waterways for any and all garbage and promoting the overall beautification of the city. 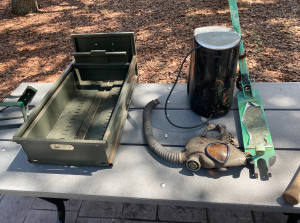 Many interesting items were found along Palm Coast’s waterways, including a filing cabinet, a coffee machine, and a prize-winning gas mask. ⓒ AskFlagler

The event kicked off at 8:30 Saturday morning when participants took their trash bags and latex gloves to the location of their choosing. There was certainly no shortage of options, as much of Palm Coast is located on the water in some capacity. Some even took to Flagler Beach to extend their efforts, resulting in some quite unique and interesting finds.

Two challenges were issued to participating residents: one to collect the most trash, and one to find the most unique item. The biggest load collected was over 500 pounds, picked up by the local Girl Scout Troop 2413. The most unique item of the day was judged by Mayor David Alfin and Randy Stapleford, Commissioner of Florida Inland Navigation District (F.I.N.D.) for Flagler County.

They chose a gas mask found by young Karolyn Whitney, a member of the Girl Scouts. “It was sort of buried under some dirt, and it was like a homeless person’s site or whatever,” Karolyn said. “Like it was down in the woods of the Intracoastal, and it was just like a bunch of tarps on the ground and it was like, buried under the dirt.” The troops were searching near Betty Steflik Memorial Preserve in Flagler Beach when Karolyn made her find.

To help promote the event, Palm Coast designated the event’s mascot to be Sprinkles the Smalltooth Sawfish. Sprinkles is the latest in a line of endangered aquatic species used to raise awareness for conservation. 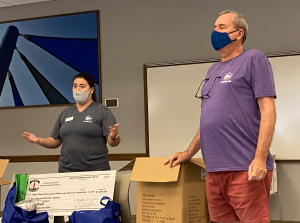 Environmental planner Jordan Myers was on hand to speak about the event and the promotion: “This year we had our smalltooth sawfish, Sprinkles as our mascot, and our final numbers were over 250 volunteers registered, and we picked up over 1,600 pounds of trash. It’s really impressive considering it is a holiday weekend, and considering the state of the world right now it was a great turnout. We’re ecstatic about it.”

Mayor Alfin and Commissioner Stapleford helped Myers in presenting the two awards at the Community Center after the cleanup, and F.I.N.D. presented the city with a $5,000 check to support their efforts.

“Thank your neighbor for taking the time to come out and support our communities,” Alfin said to the group of volunteers. “And I thank each one of you.” 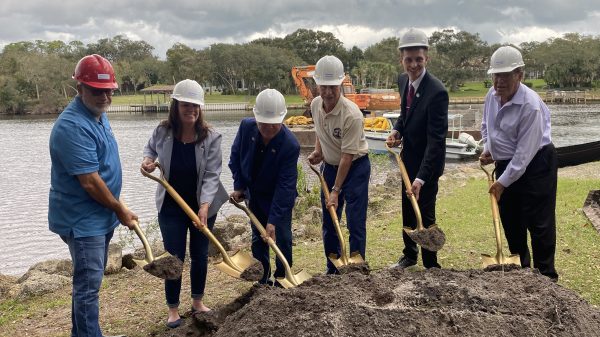 PALM COAST – The upcoming new boat launch facilities at Waterfront Park received a long-awaited ground-breaking ceremony on Wednesday. It was delivered  by Palm...