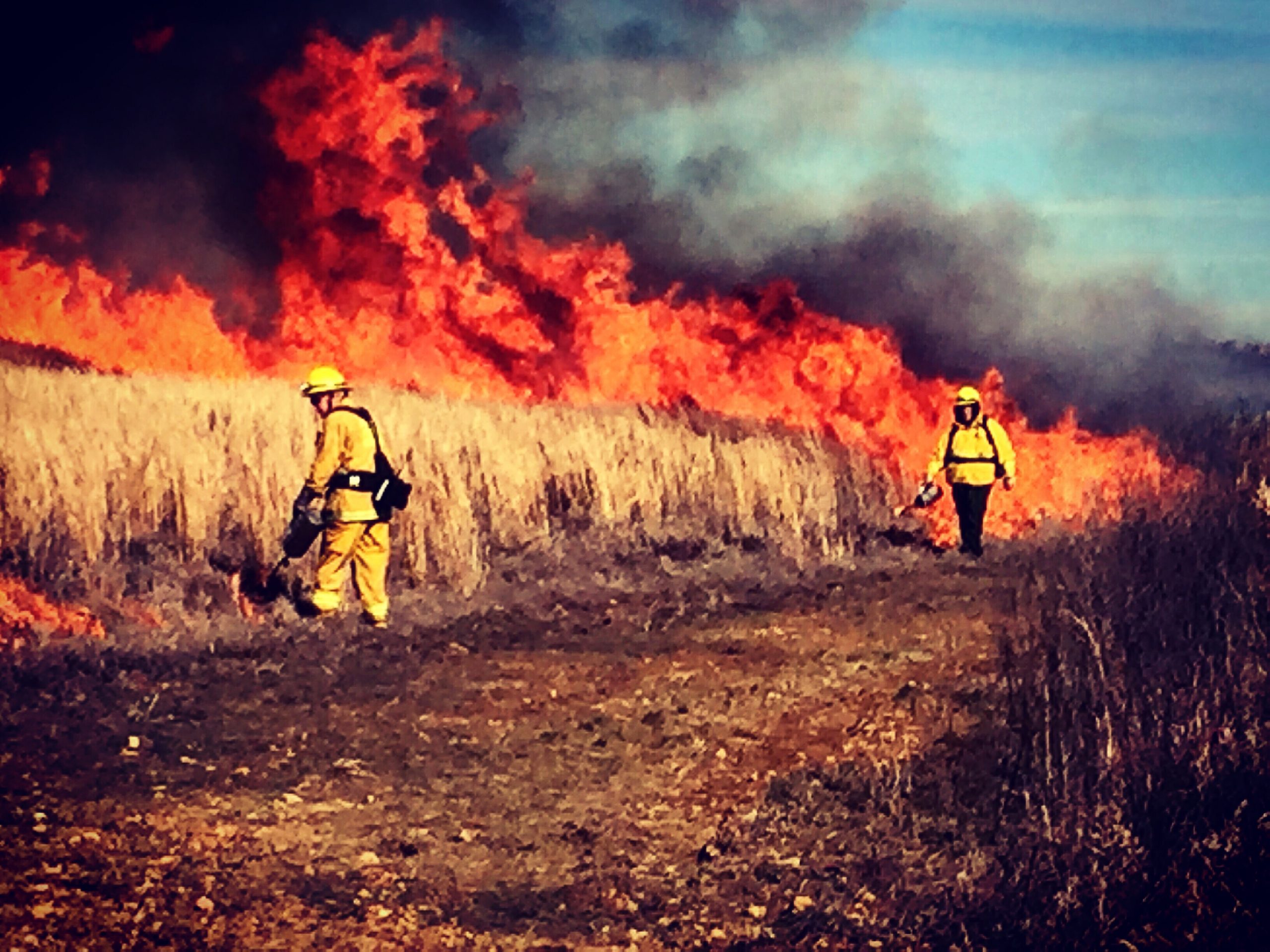 Flagler County Prescribed Fire Program Supervisor Michael Orlando is headed to Northern California, where he will assist with the response to one of several wildfires currently raging in the area. Orlando frequently deploys elsewhere in the country to help local firefighters combat wildfires.

“I won’t know which fire I will be working until I get there and get my order,” said Orlando about his upcoming trip. “I’m excited to deploy again to assist our brothers and sisters out west, as well as the residents affected by these fires. It’s an honor to serve.”

Orlando will be in California for three weeks, and will first report to Shasta-Trinity National Forest in Big Bar, where one fire is currently projected at 36,015 acres in size. Even this massive fire is a fraction of the largest Orlando has seen before; in 2020 he served as dozer boss on the historic “North Complex Fire”, which burned a staggering 215,000 acres in just 24 hours.

The year of 2020 in wildfires was especially brutal was California, which has the most fires of any state in the union by a huge margin. 10,431 wildfires were recorded in the state, causing widespread damage and bringing in crews from all over America. Some of Flagler County’s own wildland firefighters even made the trip cross-country to help with the efforts.

“Last year was a real eye opener,” Orlando said. “It had been awhile since I have seen fire activity like that. It was a great reminder that safety procedures that have been created over the years are for a reason. Wildland firefighters undergo a lot of training annually and that really paid off for me last year. My training got tested in an intense situation. Everything turned out okay, but it could have gone differently.” 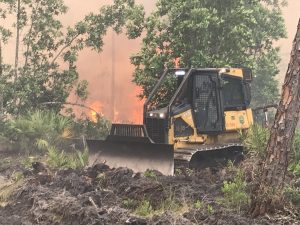 To Orlando and many other Florida firefighters, participating in California wildfires strengthens their skills for when they come back home. Florida has seen some severe wildfire seasons before, particularly in 1985 and 1998. In the fabled ’98 season, all of Flagler County’s 35,000+ residents were ordered to evacuate, and the area was visited by President Bill Clinton and Vice President Al Gore.

“It has been a long time, thankfully, but the potential is still there,” Orlando said. “As the fire environment is changing for many reasons, we are going to need to change the way we look at fires in Florida. Through training and experience we will be able to better prepare and prevent those types of fires.”

Wildland firefighters learn a different skillset than structural fires, and their responses center around plowing lines with heavy machinery to surround a wildfire. These lines deprive the wildfire of fuel, which consists of any material that could combust to help the fire spread. A fire is ‘contained’ when a line fully encircles it, and it ‘controlled’ when it is put completely out.

A prescribed fire, programs for which are supervised by Orlando, is a fire that’s set intentionally by wildland firefighters in a controlled area to allow potential wildfire areas to burn under supervision. Prescribed fires, also known as controlled burns, have been in practice by Native Americans for hundreds of years, and are one of the most effective means of preventing wildfires currently available.

Flagler County is home to the main office of the Florida Forest Service’s Bunnell District, an area that also covers St Johns and Volusia counties. From the Bunnell office on US-1 just south of Palm Coast Parkway, FFS duty officers coordinate firefighter response to any wildfire in the three counties.