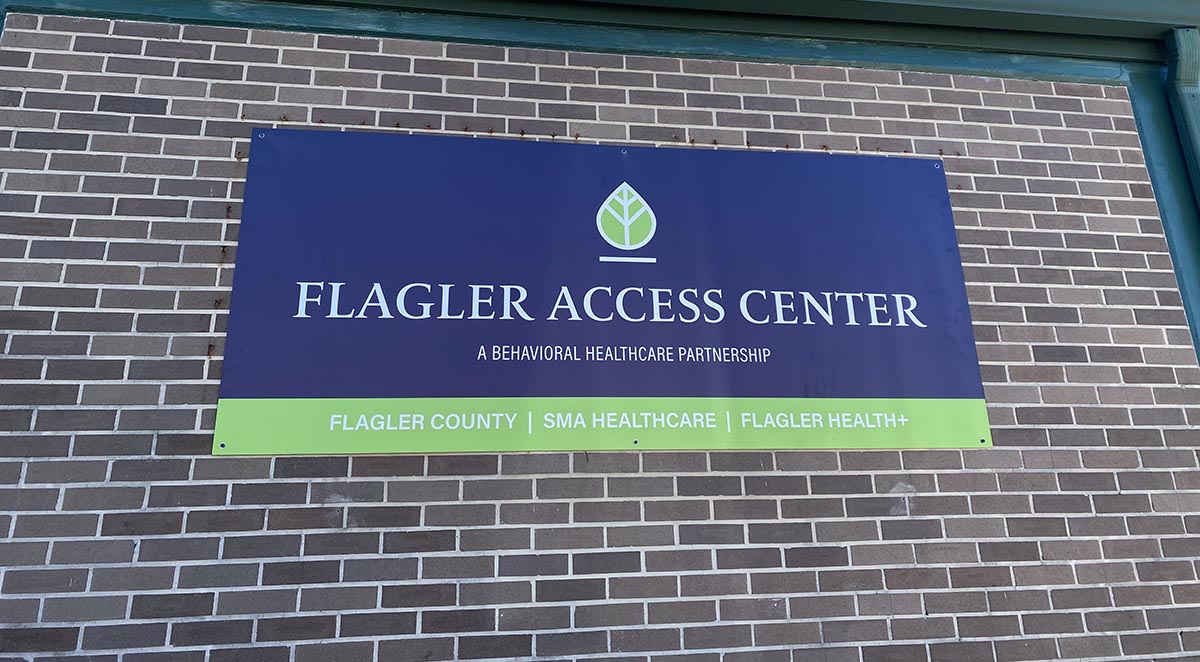 The new mental health drop-in center has taken over the former county library on State Road 100 near its intersection with U.S. 1 in Bunnell. 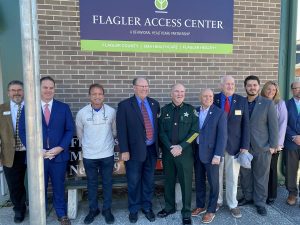 The building, 4,943-square feet in size will have regular services hours 9 am to 5 pm Monday through Friday, with a crisis triage and treatment unit onsite from 8 am to midnight on weekdays and noon to midnight on Saturdays and Sundays. It is located at 103 E. Moody Blvd in Bunnell.

“It will be the first place people will go to get help, ask questions and feel safe,” said SMA Healthcare CEO Ivan Cosimi. “The Access Center will allow us to provide treatment for those who need it most.”

In 2020 alone, 25 people died of suicide in Flagler County according to Florida Health Charts. Flagler County had a rate of 20.9 deaths per 100,000 residents. This was an increase from the reported 19.3 Flagler reported in 2019.

In June of 2021, County officials received $245,000 from the state to create a mental health access point. That amount increased by $300,000 with money made available from the federal government through the American Rescue Plan. 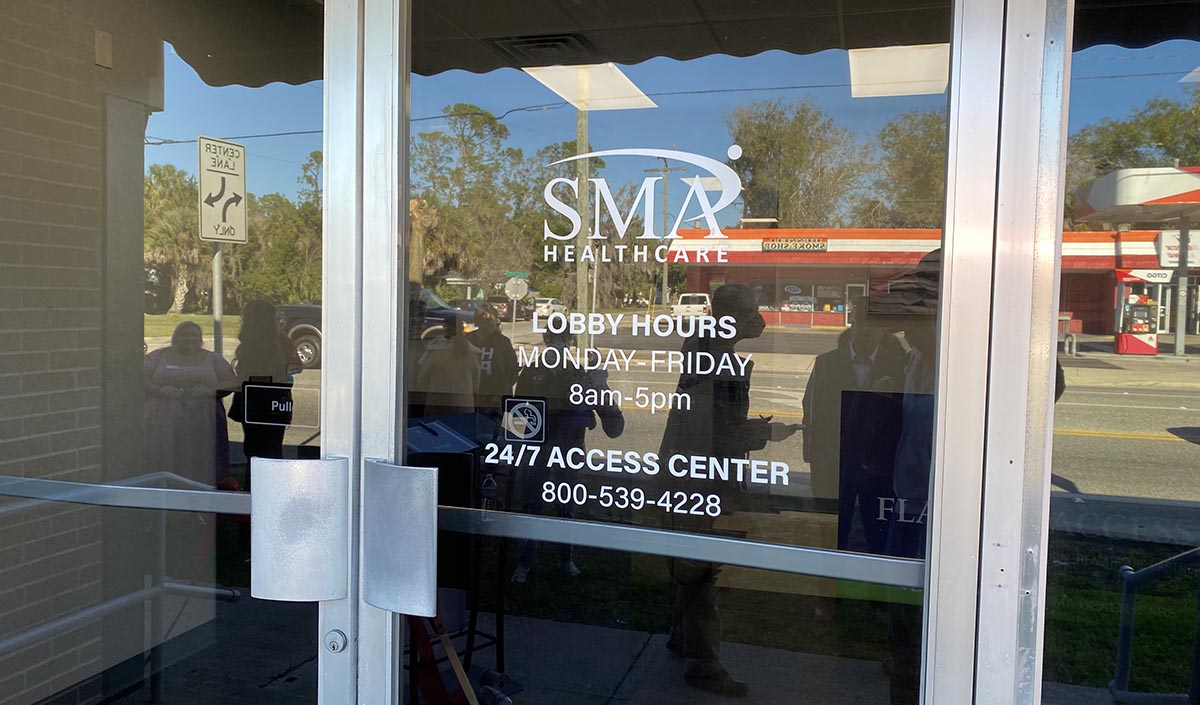 The front door of the previous County Library, now the home of Flagler Access Center

The county will partner with SMA Healthcare and Flagler Health+ for the operation.

“It will be the first place people will go to get help, ask questions and feel safe.”

Residents can also tap into an on-call crisis response team that will be available 24/7, 365 days a year.

The opening of Flagler Access Center will be in two phases.

AskFlagler asked Commissioner Mullins about the opening of FAC:

It’s a new era for Flagler County, instead of turning our heads on problems, the tough problems, we’re going to meet them head-on. This is just the start of it. There is so much more coming; treatment centers, major hospitals. We’re not going to stop here, we’re going to go full speed.

AskFlagler asked Commissioner Mullins what the next steps are for FAC:

Working on getting a full-blown treatment center here for drugs, alcohol, and mental health and we’re working on that right now.

AskFlagler asked Sheriff Staly about the immediate benefits to the Sherriff’s office with the opening of the FAC:

It just makes it a more visible location so our residents can find the help that they need and desire and people that we Baker Act can find a location for their follow-up. Before it was a secluded area by the jail in a building no one knew was there. Think of just the mental health aspect for our law enforcement officers in our County not having to deal with as many suicides.. and CSIs or deputies or detectives which all take an impact internally too, not just to the family unit that lost a loved one.

*Phase two additions will be offered at the SMA Facility at 301 Justice Lane until FAC obtains its licensure to provide them.

The official opening will most likely be next week, as staff needs to move from 301 Justice Lane location.