The Flagler County Sheriff’s Office (FCSO) Major Case Detective Darrell Butler has been working with the FCSO Real Time Crime Center (RTCC) and the FCSO Digital Forensic Unit since October 23rd in order to gather intelligence and data on the locations of both 30-year-old Jamal Bell and 13-year-old Xandar Garrett.

The most up-to-date information received by Detectives is that neither subject is in Flagler County at this time. Detectives have reached out to outside agencies (both in and out of the state) who are cooperating with the FCSO to locate both subjects safely. There is currently no evidence to suggest either missing person is the victim of any foul play. 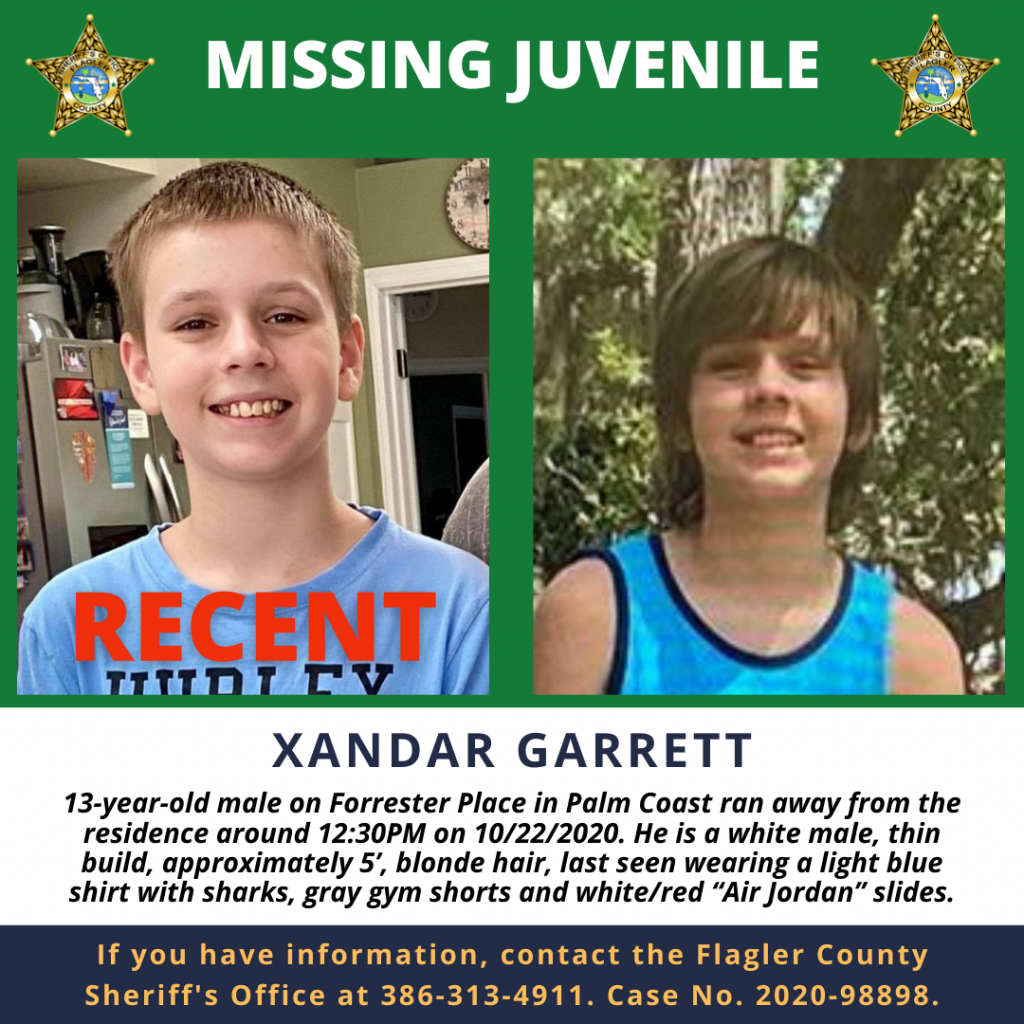 Detectives have remained in contact with family members and friends of both subjects, and have kept both families apprised of the investigations, most recently updating the families on the afternoon on October 26th. Detectives continued to work through the weekend in order to make sure that none of the information gathered in these investigations is not promptly followed-up on by FCSO or other agency’s. 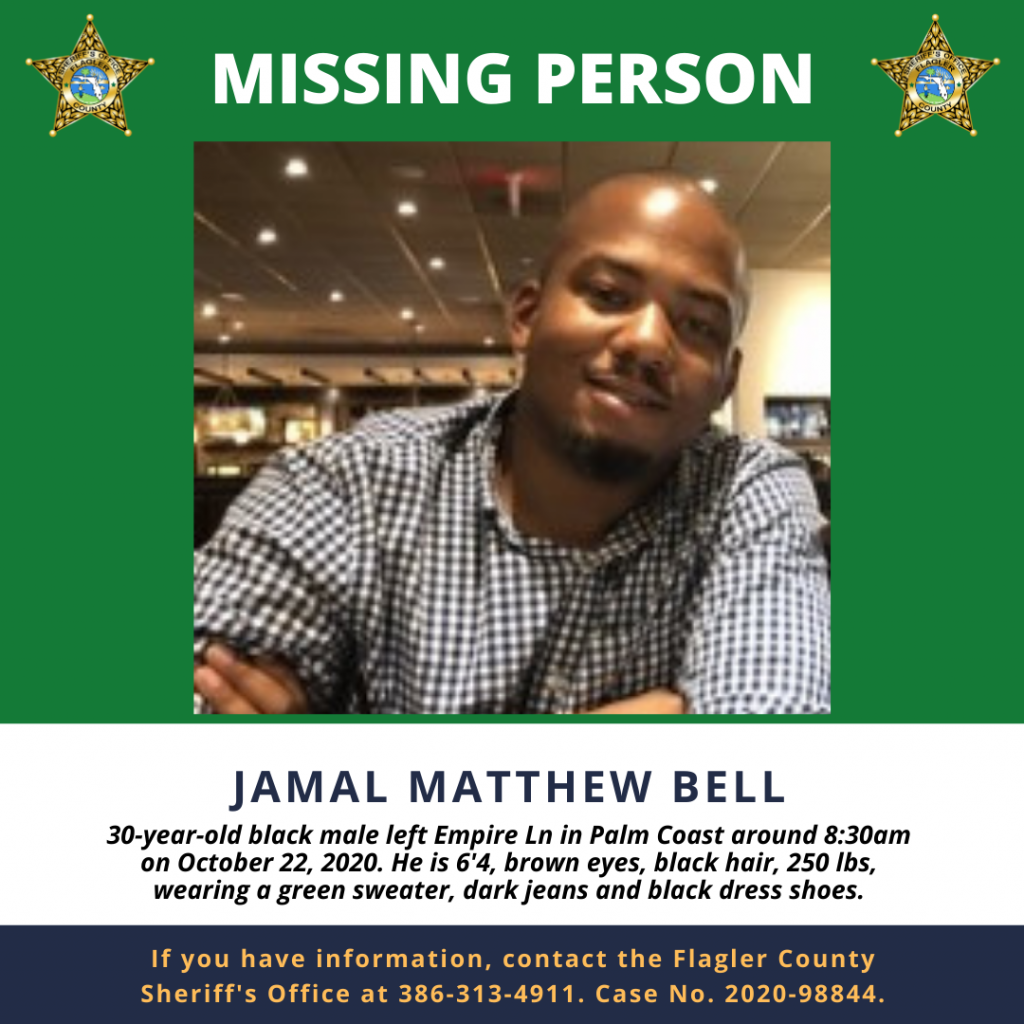 “In the cases of Jamal Bell and Xandar Garrett, we’ve been able to rely on data provided to us from our RTCC, our Digital Forensic Unit, as well as information provided to us by the families. The FCSO is doing everything to locate these missing individuals and bring them home safely,” Sheriff Rick Staly said. “I’m asking their friends, relatives or anyone that has seen either of them to call us so we can re-unite them with their family.”

Anyone with information regarding the whereabouts of Jamal Bell or Xander Garrett is asked to call (386) 313-4911 or email tips@flaglersheriff.com.
These two missing person’s cases are not related.