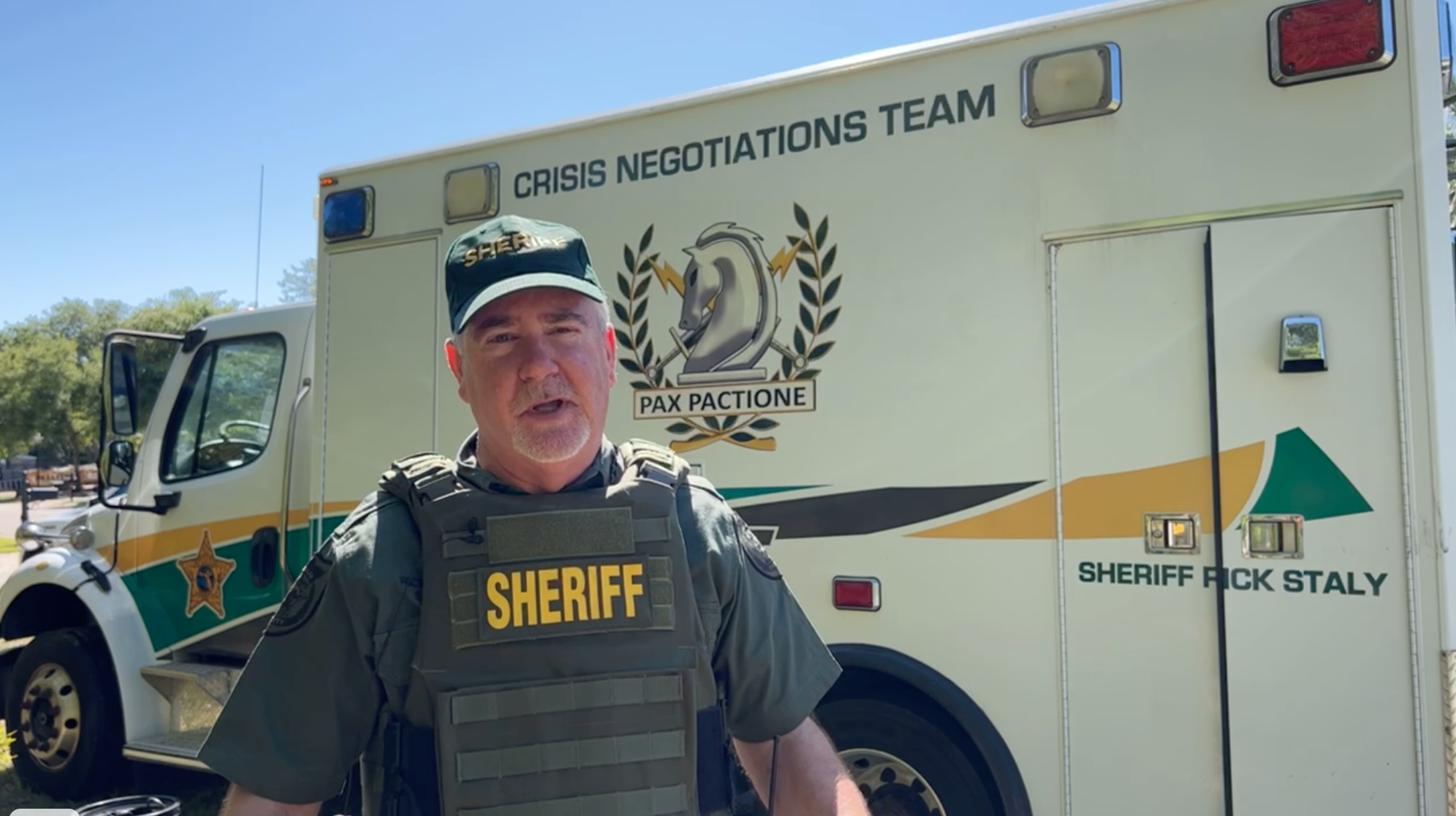 UPDATE: It has been confirmed that the woman, has died of a self-inflicted gunshot wound after a seven-hour standoff with FCSO deputies. She was 43 years old. She had initially held her husband and one other hostage in the house, but they escaped. Tactics such as tear gas and remote negotiation communicators were used to try and talk her down, to no avail. The woman walked into her pool and committed suicide around 5:00 pm.

The Flagler County Sheriff’s Office (FCSO) is on the scene of a domestic call at a home in the Palm Coast Plantation community. FCSO deputies, FCSO SWAT, and Crisis Negotiation units, along with Sheriff Rick Staly, are working on the scene on Emerald Lake Drive at this hour.

First responders arrived on the scene just before 8 a.m. Two of the residents initially inside the residence are now safely out of the home. Negotiators are working now to de-escalate the situation inside the home for a safe resolution to this incident. “This is a very volatile situation,” said Sheriff Rick Staly. “We are doing our best to resolve this situation safely and we ask the Palm Coast community to remain patient.”

Flagler County Fire and Rescue, along with multiple FCSO deputies are on the scene. With a large amount of police activity, the FCSO asks that you please avoid the area at this time. More information will be released as soon as possible.