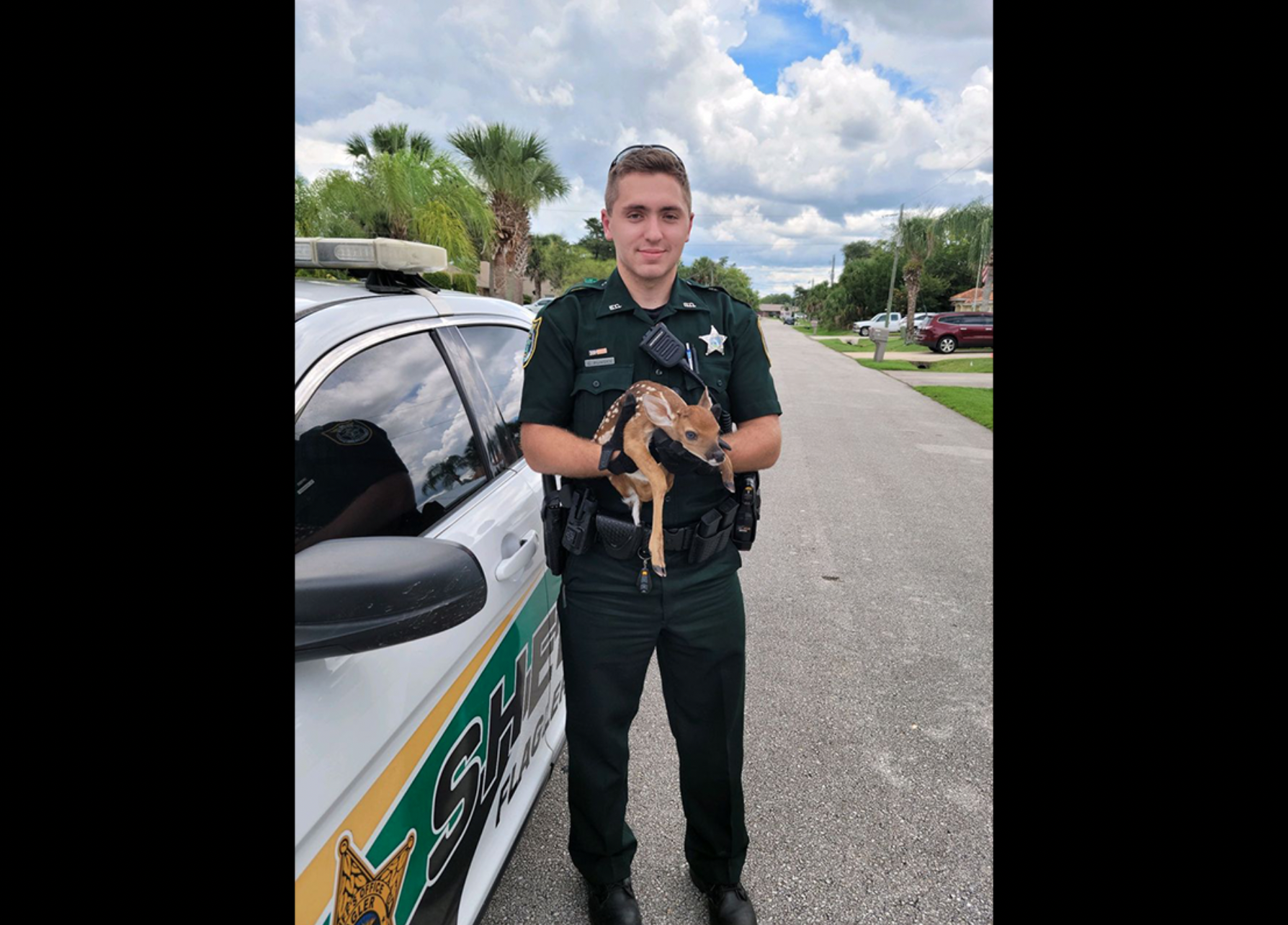 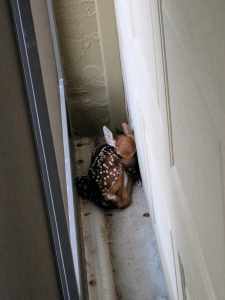 The deer as FCSO found it, between a screen and garage door. Photo courtesy of the Flagler County Sheriff’s Office.

Cameron Punsky, a 21 year-old deputy with the Flagler County Sheriff’s Office, recently made an adorable rescue in Palm Coast’s C section. The story began with a call to the Sheriff’s Office that a deceased adult deer had been observed nearby, and that a small fawn appeared to be trapped between the screen and garage door of a nearby house. The fawn is believed to be the offspring of the deceased adult. According to Punsky, calls were made to try and contact a specializing agency, but all attempts resulted in negative contact.

The fawn itself was small enough to fit into Punsky’s hands when he retrieved it. A decision was made to rescue the deer due to its dangerous position near the garage, and the potential for it to be near the residents’ vehicles as they arrived in or departed from their garage. “It appeared his legs were very fragile from him being so young it seemed like he wasn’t able to walk well,” Deputy Punsky told AskFlagler. The baby was located eight feet back into the slot between the two doors, and was transported safely to a a rehabilitation specialist after being rescued. It’s thought the fawn sought out the space as shelter on its own accord, given the space was too narrow for its mother to have been able to fit. 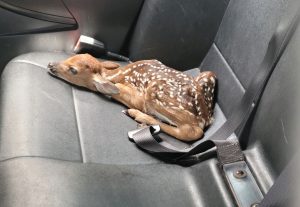 The baby deer after being rescued by Deputy Punksky. Photo courtesy of the Flagler County Sheriff’s Office.