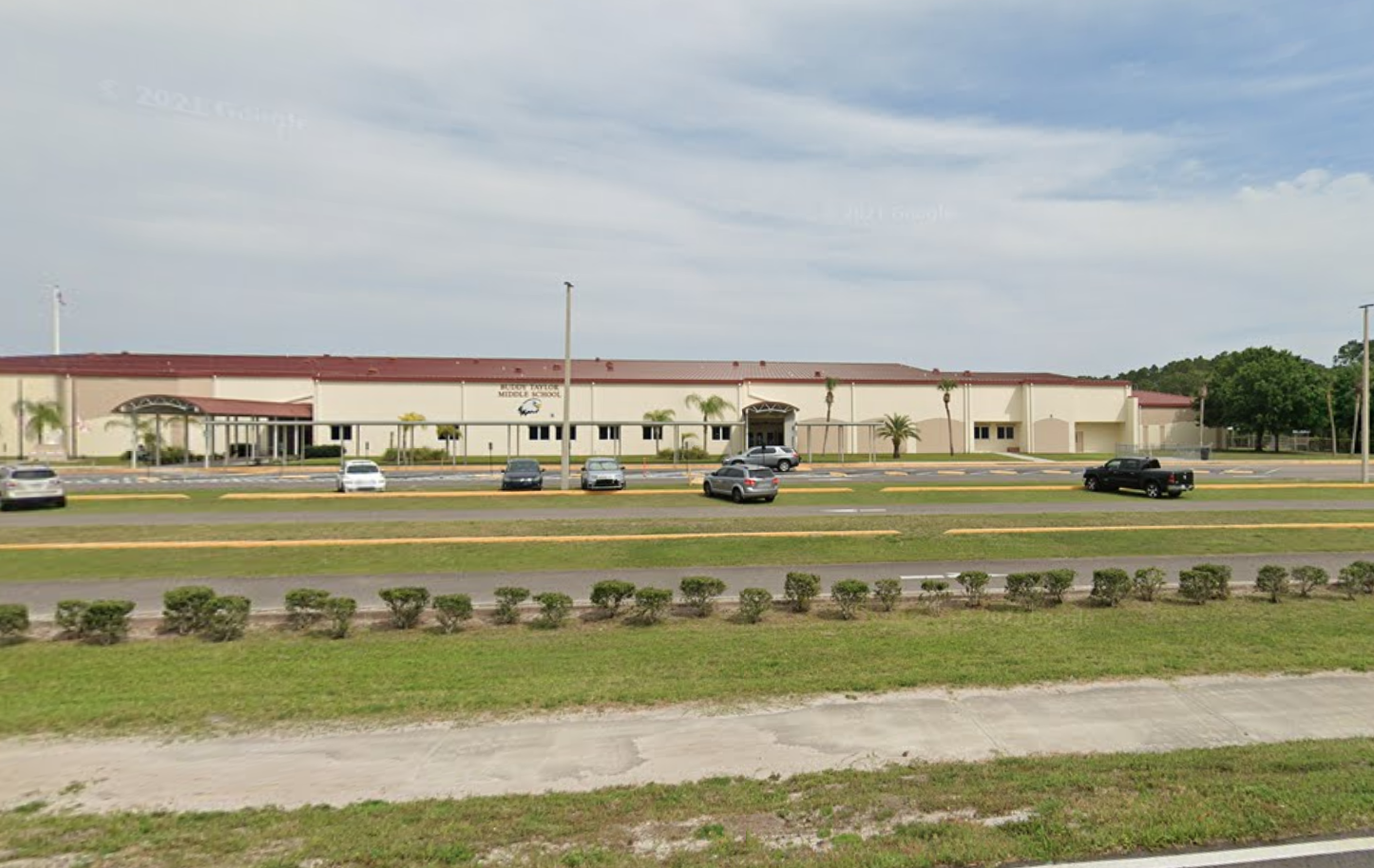 An increasingly common occurrence at BTMS, Flagler Sheriff’s deputies have arrested a student who threatened to shoot somebody else. This time, a 13 year-old boy made such a threat to one of his teachers.

On Tuesday, October 12th, the school resource deputy was made aware that the threat had been made in a BTMS classroom to the teacher and to another student. According to a report by Deputy Jason Williams, it was the student’s first day in an art class, and that he and the teacher didn’t have a prior rapport. The student was having issues with the teacher that boiled over into his verbal threats.

In the report, the boy was stated as saying: “Shut up b***h, f**k you b***h. I am going to shoot you.” As he said this, the student made a finger gun at the teacher. He then turned it to the other student, saying he was going to shoot him also, and empty his clip into him. The teacher did not believe the other student heard these remarks, but that others in the classroom certainly did.

The incident apparently began when the teacher intervened in a disagreement between the student who made the threat and the other student he threatened. Once the Deputy Williams was made aware of the exchange, he took the boy to his office in handcuffs.

After reading the boy his Miranda rights, Williams asked the boy about the incident that’d just occurred. He at first denied having made the threat to his teacher, but after being read her account of events, agreed that his comments were not acceptable. He didn’t know why he’d made them.

After school, FCSO deputies came to the student’s home and arrested him on two counts of Threats to Kill. After being processed at the Sheriff Perry Hall Inmate Detention Facility, he was turned over to the custody of the Department of Juvenile Justice.

Sheriff Rick Staly issued a plea to parents in Flagler County to teach against violent behavior: “Making threats to others is no joke and will always be taken seriously,” he said. “It is unfortunate how often we have to make these arrests. Parents, I ask that you please teach your children the proper way to handle anger and that making threats or acting out is not the solution. I once again implore parents to be the Sheriff in your home and talk to your children. We don’t want to be the Sheriff of your child but we will if you don’t.”

According to documentation provided by the FCSO, this is the fifth time a Buddy Taylor student has been arrested for threatening violence to another individual since August 23rd (there were two instances on that day). These and other threats of gun violence resonate especially strongly in Florida, which was subject to the deadliest high school shooting in American history in February 2018, in Parkland. The Stoneman Douglas High School shooting, which saw 17 killed and 17 more wounded, revitalized the discussion of school shooting prevention with Florida often times at the center.