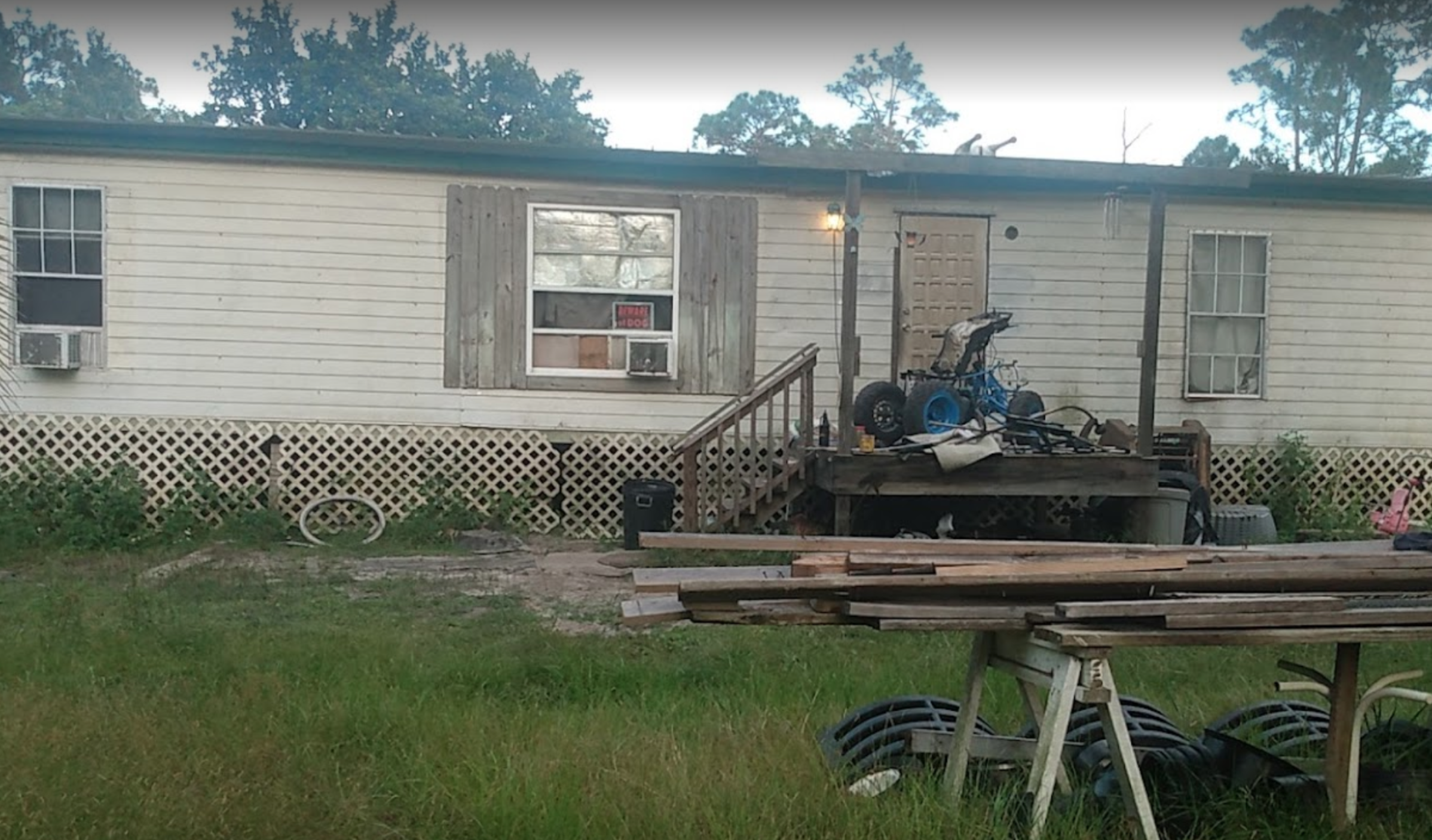 A search warrant was executed on the house which brought the teams out early Tuesday morning. Sheriff Rick Staly attended visited the crime scene himself, posing with a signature FCSO yard sign placed in front of houses following a drug bust. 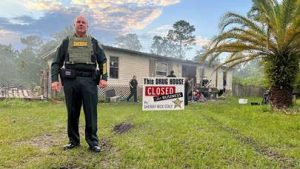 40 year-old James Donaldson, 37 year-old Cheyenne Donaldson, and 28 year-old Haley Scott were arrested on multiple narcotics charges each. Scott, who was held on one felony charge of Methamphetamine Possession, posted bond. The Donaldsons are still held at the county jail on various other charges as of Wednesday afternoon; James’s bail is set at $3,000 while Cheyenne’s is $8,000.

The residence is part of the Daytona North neighborhood, known colloquially as ‘the Mondex’. According to Staly, the trio’s activity was no secret even prior to their arrest. “I’m proud of our team for their efforts investigating this residence,” he said. “Here we have three poison peddlers well-known in the Mondex community who thought they could get away with continuing to break the law. This is a reminder to drug dealers that Flagler County is not the place to bring drug or sell drugs. We will not tolerate it and we will find you and put you behind bars where you belong. We really appreciate the Putnam County Sheriff’s Office SWAT team for their assistance.  This was a large property with multiple structures that had to be secured quickly for our safety.”

The Flagler County Sheriff’s Office provided video of the raid: