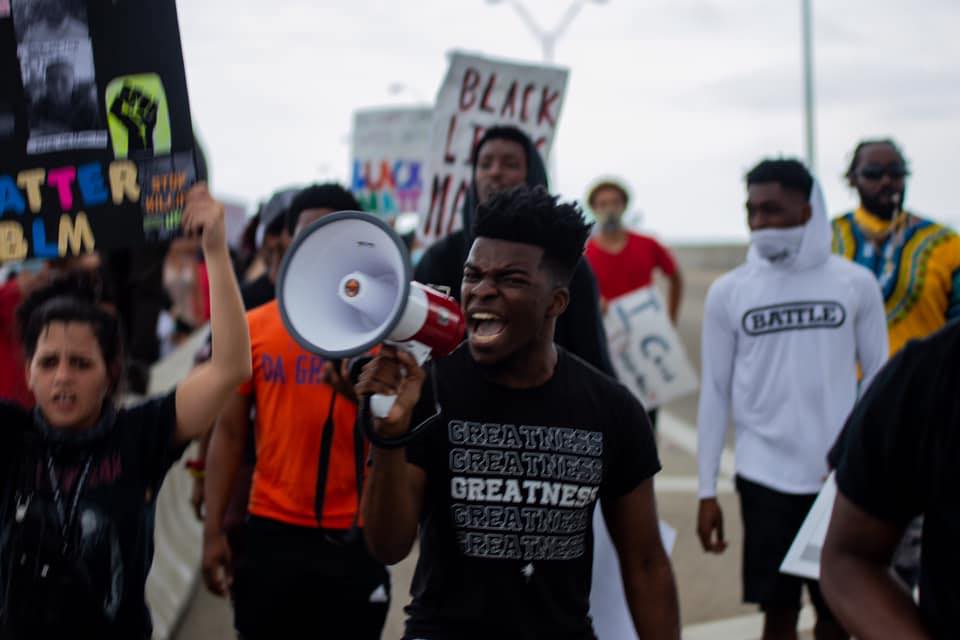 I first met Enosch Henry on June 3rd, in Veterans Park by the Flagler Beach Pier. It was the third Black Lives Matter peaceful protest I’d attended since the murder of George Floyd just over a week before. Tensions were high in Flagler County – our county was listed as 11.4% Black or African-American in the 2010 census – and for the first time since Black Lives Matter rose to prevalence in 2013, peaceful protests had come to our little corner of Florida.

Henry was one of a few young activists who took the megaphone and addressed the crowd after our march had reached Veterans Park, having started at Wadsworth Park across the Intracoastal Waterway. His words were full of youthful energy, having seen things that no young man should have to see, and declaring to our community that he had no intention of putting up with it. It was clear upon first hearing Henry speak that the righteous rage which had started in Minneapolis and quickly permeated our entire country, had taken a stronghold in him. 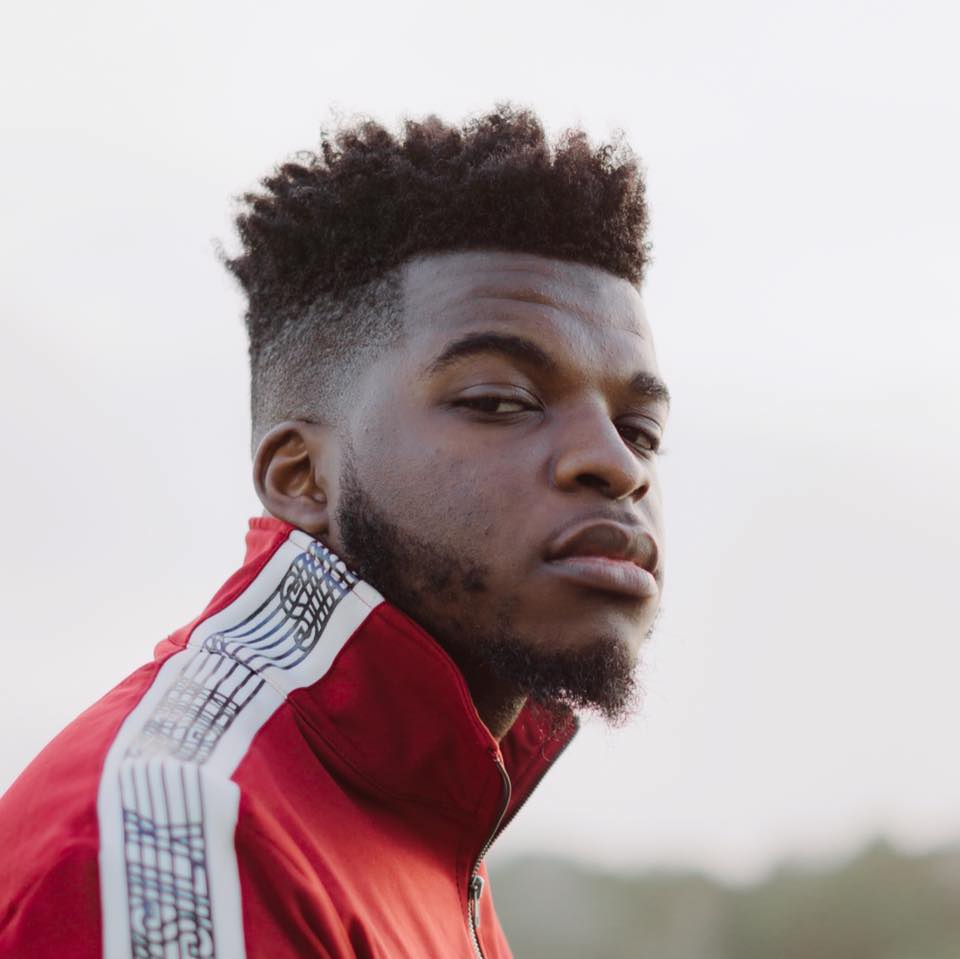 Enosch is a 20 year-old Homestead-Miami native of Haitian descent. He moved to Flagler County in 2005 at the age of five, and has since relocated to Orlando. He co-owns a clothing line called RTG The Movement, creates original comedy sketches for YouTube, and is working toward a career as an author. After meeting him in Flagler Beach back in June, I reached out to him and asked if he’d give AskFlagler an interview. His answers taught me about my role in this country as a benefactor of white privilege, and what ingrained racism does to our black community from childhood, something I’d been born lucky enough to never experience.

What made you decide to become active in the Black Lives Matter movement?

“Since I was younger, I’ve always been very inquisitive and questioned the environment around me. That line of thinking often leads you down a rabbit hole where you learn about the in-depth injustice that takes place in this country and around the world…the plight of the black man/woman specifically. As I researched and learned more and more, things that I’ve seen and experienced began to make sense.

I remember a time in second grade where I was with three white children at recess. We were supposed to form a group for whatever game we were playing at the time when one of the kids told me I was too dark to play with them. I remember I asked something like “Well what am I supposed to do about that?” The kid said “You could paint yourself white.” I thought about that a lot. At the time, I didn’t get it, why is that something that a child would say? But as I grew and matured I began to understand that ignorance is prevalent.

From the household to the school, there are things that are taught and things that are withheld from us and I began to understand that to fight against racism and bigotry, is to fight against ignorance and miseducation. The first major protests in my lifetime that I saw were the Ferguson Riots/protests in 2014. I was only 14 and just started high school at the time, I still had more to learn. I’m 20 now and free from the parental supervision that comes with being a minor, so I was able to take part in these demonstrations.”

What do you think the impressive turnouts at the Flagler County events so far say about the community?

“I think it’s great. In my experience, it’s hard to get people in Flagler (and in general) to come out in person for something other than parties if you don’t have clout. The only other time I’ve ever seen a large congregation of young and older people in Flagler was last April at Curtis Gray’s memorial. So it goes to show you that no matter how small a town/county seems to be, the people will rise up when the time arrives.” 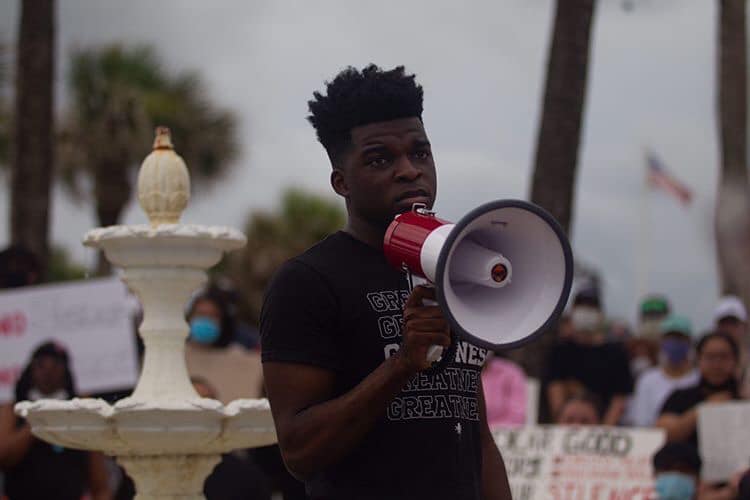 How can those who don’t understand Black Lives Matter start a dialogue? Have you been seeing responses from that group?

“In order to attempt to understand, you must first open your mind and lower your defenses. You have to have a mindset of empathy when it comes to people with different experiences as you. Otherwise, you will continue to remain ignorant and angry when your “opinion” is challenged. I have seen many people who are adamantly against what I and others around the country have been doing. They are people who deny the experiences of those that grew up different from them. They are people that are comfortable in their ignorance and would much rather strike themselves than show a hint of understanding. But that’s not a surprise. Every civil rights leader of the past faced the same thing.

Here in Flagler we have been called terrorists, we’ve been suspected of planning to riot and loot, we’ve been yelled and shouted at by drunk and sober people alike. But the worst thing I witnessed was a young woman covering the eyes of her toddler as we marched past them shouting for justice. I looked at the woman and asked her “what are you trying to hide from your son?” and she could not even look me in the eye. I think about the implications of what she did a lot and it hurts. It hurts me to think that there are people who will keep trying to teach their children hate or keep them ignorant from the evils that go on in this country. But to those who truly want to understand, just ask a friend and do your research, look at the statistics and then try to learn why the statistics are the way they are.” 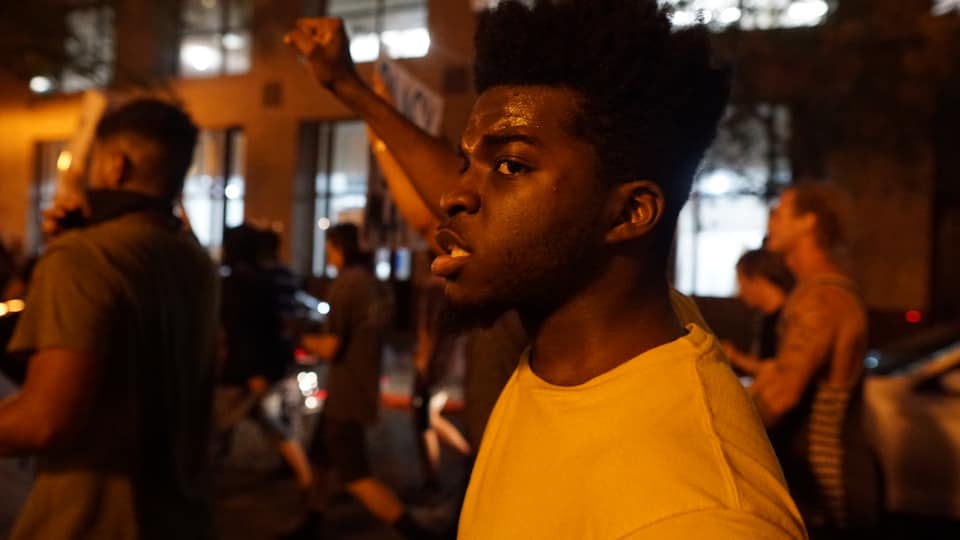 “In order to attempt to understand, you must first open your mind and lower your defenses.”

What’s the most helpful thing white allies can do to aid the movement?

“Educating themselves and others. There is no denying that different responses are given when a black person does/says something and when a white person does/says something. So using their “white voice” to help and uplift the “black voice” But it is important to try to not overstep the voices of the marginalized. Another good way to help is by confronting people that you know that believe the ignorant things that they’ve been taught. Whether it be a friend or a family member, don’t just ignore it because it’s uncomfortable! Actively try to educate them on what’s really going on!”

What do you think about recent calls by some to defund and/or abolish police forces?

“Police generally do not stop crime. They respond to crime. So I think that defunding the police is a great idea and concept. Not abolishing [them] because we have laws for a reason, but the idea of taking excess money and putting them into resources that would actually help stop crime is a fantastic idea. There are many examples of police forces with an absurd budget that simply fuel the over-militarization of police in America. There are police forces with tanks and grenade launchers and other weapons as if they’re stockpiling for a war, simply to go hunting in low-income areas waiting to catch someone down on their luck. That needs to stop. It’s really a symptom of a bigger problem in America. Profit over people. That’s why prisons are focused on holding as many people as possible instead of focusing on rehabilitation and reform. It’s why instead of putting funding into community programs in low-income areas, they put extra funding into the systems that keep them poor. So I am 100% into defunding the police and redistributing [the funds] into places that will actually bring some real benefit.”

“Instead of putting funding into community programs and low-income areas, they put extra funding into the systems that keep them poor.” 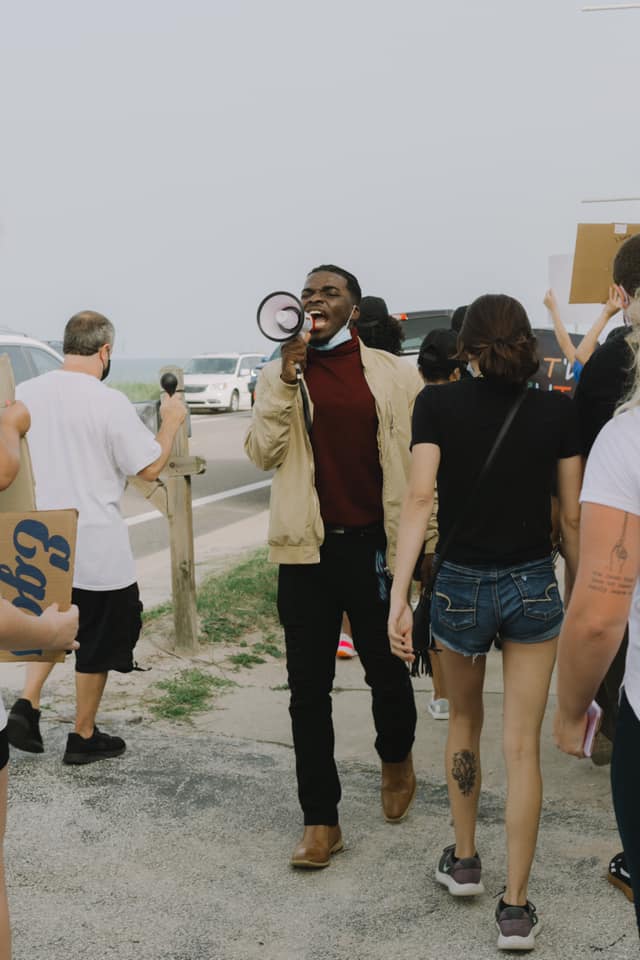 Who do you look to, past or present, as voices for the movement?

“I get a lot of inspiration from Malcolm X and Fred Hampton, both of whom were murdered directly and indirectly by the government. Malcolm X was honest and clear and direct in his message and did not falter when someone opposed him; he also acknowledged when he was wrong and worked to do the right thing, which is, ironically, what got him killed. Fred Hampton only lived 21 years on this Earth but he had a way of uniting people of all kinds. He was knowledgeable and outspoken and understood that the glorification of capitalism is what was fueling not only racism, but also the classism that Americans face on the daily.”

Where do you think America goes from here? Does tangible progress happen or will we become further divided as a nation?

“I think progress has already begun, albeit small, it’s still happening. To this day, people are still taking to the streets, risking their health and wealth to make their voices heard. But real change will come once we transform the systems that use us. We have to get into those voting polls, we have to get into the justice system. Change will not befall the unmotivated because the powers that be are constantly working to maintain their positions. We must persevere or risk this being just another moment in history.”

Since the protests began, Derek Chauvin, murderer of George Floyd, was arrested and charged with second and third degree murder, and Governor Tim Walz signed a law banning the use of chokehold restraint, along with implementing peace training for officers and creating an investigative unit for fatal police encounters. There’s little doubt that even across the country in Flagler County, Florida, the work of peaceful protestors like Henry have an impact in changing the world for future generations. 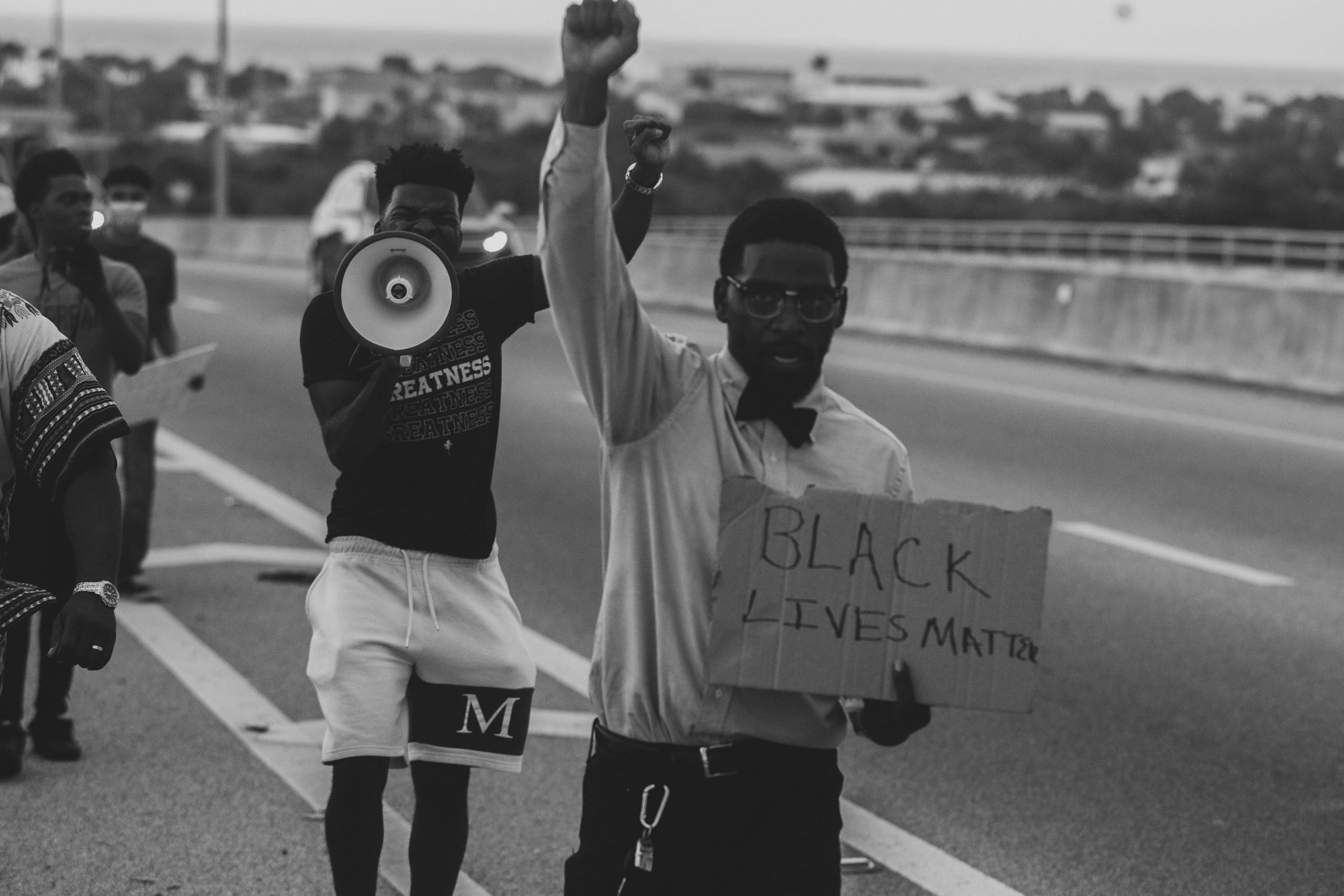