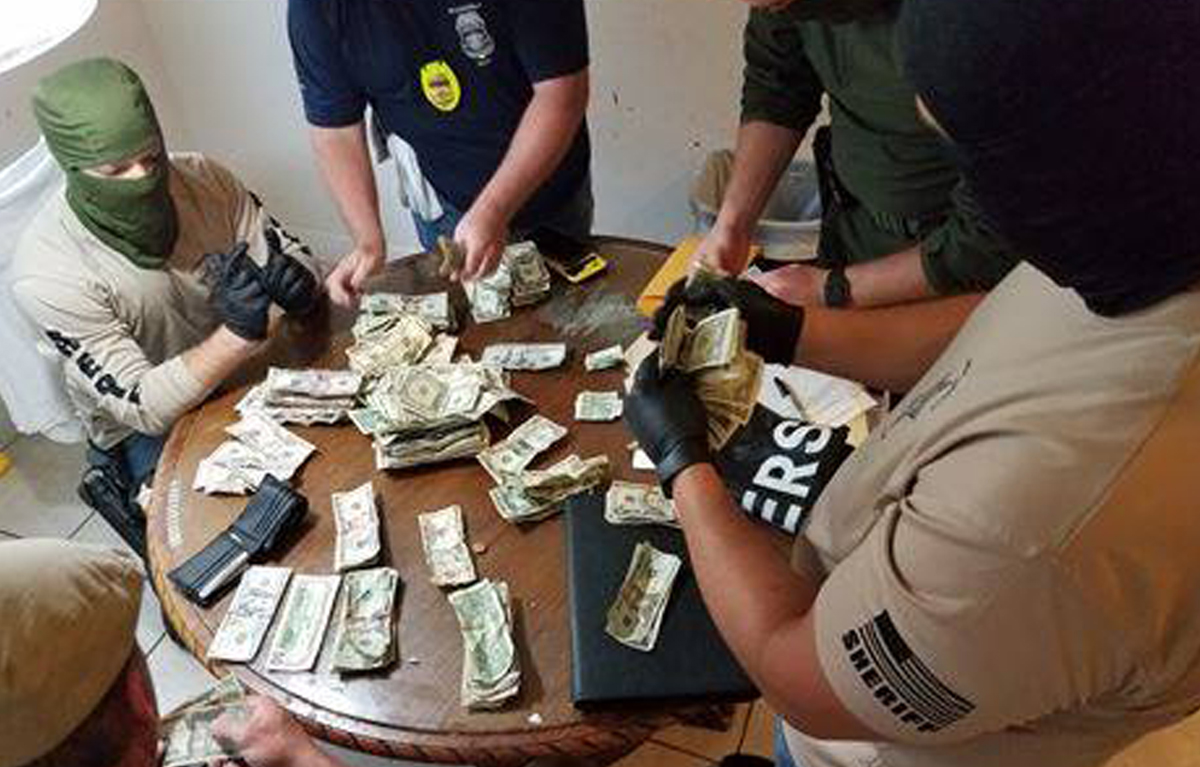 This morning, the Flagler County Sheriff’s Office (FCSO) Special Investigations Unit (SIU), with the assistance of the Florida Department of Law Enforcement (FDLE) Tri-County Task Force and the FCSO SWAT team, served a Narcotics Search Warrant at the residence of 15 Poppy Lane in Palm Coast. This Search Warrant was the result of a long-term joint investigation between FCSO’s SIU and FDLE.

During the search of the residence, detectives located three adults and two juveniles inside. Due to small children residing at the residence, the Department of Children and Families (DCF) were immediately notified of the incident.

“I want to congratulate our team on another job well done and thank the Florida Department of Law Enforcement’s Tri-County Task Force for their assistance in getting these poison peddlers off the streets,” Sheriff Rick Staly said. “Let this be a lesson to other drug dealers in Flagler County who think they can fly under the radar – you can’t. If you want to sell drugs in Flagler County it’s only a matter of time before you are arrested and going to jail.”

Jason Schmitt and Shannon Victoria Librera Seymour were arrested and transported to the Sheriff Perry Hall Inmate Detention Facility. Schmitt is charged with Trafficking Cocaine, Possession of a New or Legend Drug and Possession of Drug Paraphernalia. He is being held on $16,000.00 bond.

Seymour has a previous arrest in Flagler County from 2017 for Drug Possession and Possession of Drug Paraphernalia.
Additional charges are pending as the investigation is ongoing.