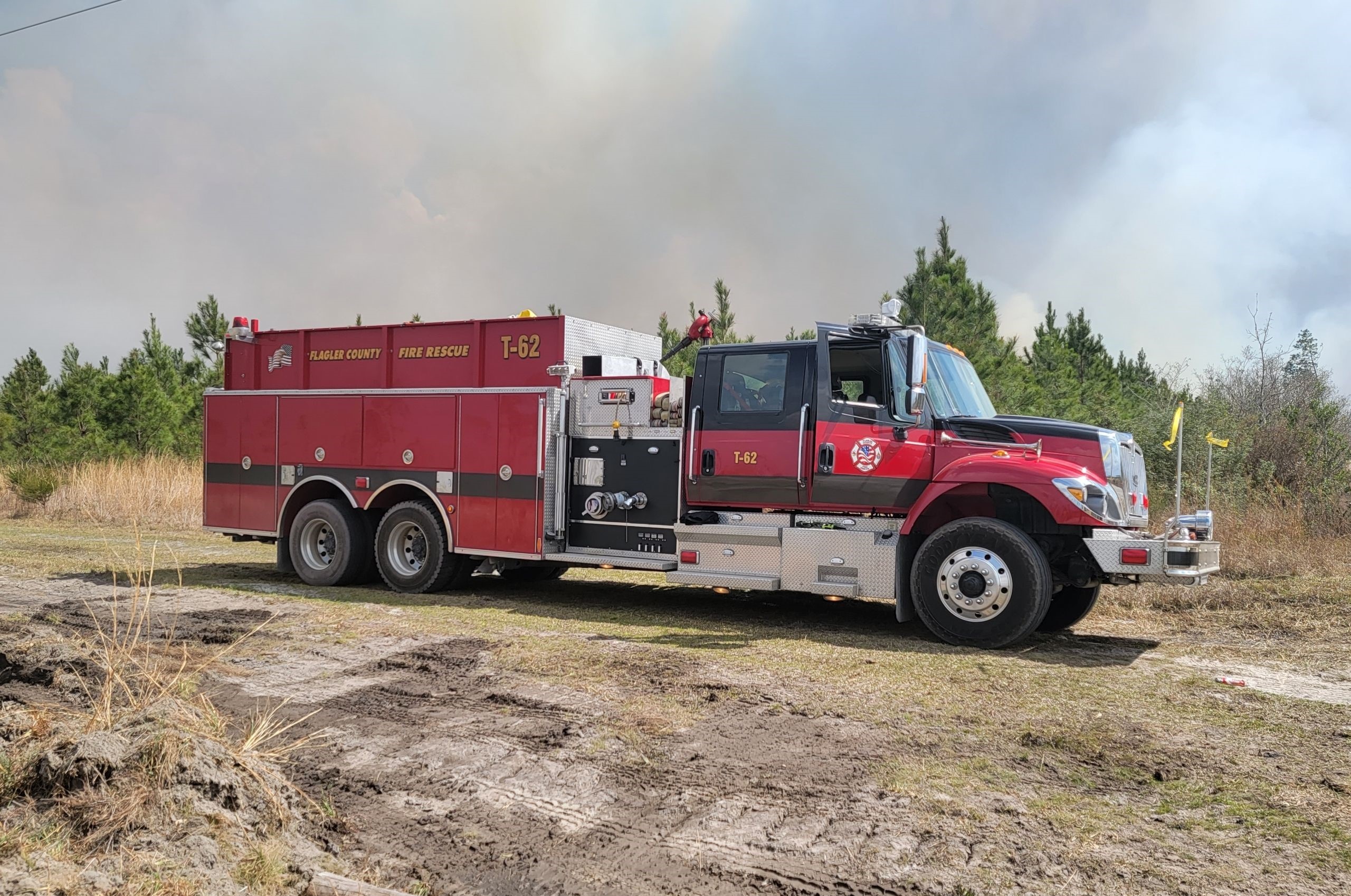 “When we received the call requesting assistance for the Wildfires in the Panhandle, we immediately began putting together a team, equipment, and supplies,” Deputy Chief Percy Sayles said. “I was confident our crew would be an asset to the teams already on scene battling this wildfire.”

Powell and Lawrence, both members of Flagler County’s Wildfire Mitigation Team, were stationed in Panama City. The two spent their days assisting from Tender 62, which supplied 2,000 gallons of water to the brush trucks working the fires.

As of Friday afternoon, over 34,000 acres burned between Bertha Swamp, Adkins Avenue, and Star Avenue, all of which had sustained damage due to Hurricane Michael in October 2018. Significant rainfall contributed to the aid of containing these fires.

“Working together with multiple agencies to assist in this large wildfire, was quite an experience, you learn from others around you, all while getting to utilize and improve your own skills,” said Powell. “Being away from family for several days was difficult but being able to assist in this wildfire was an honor.”