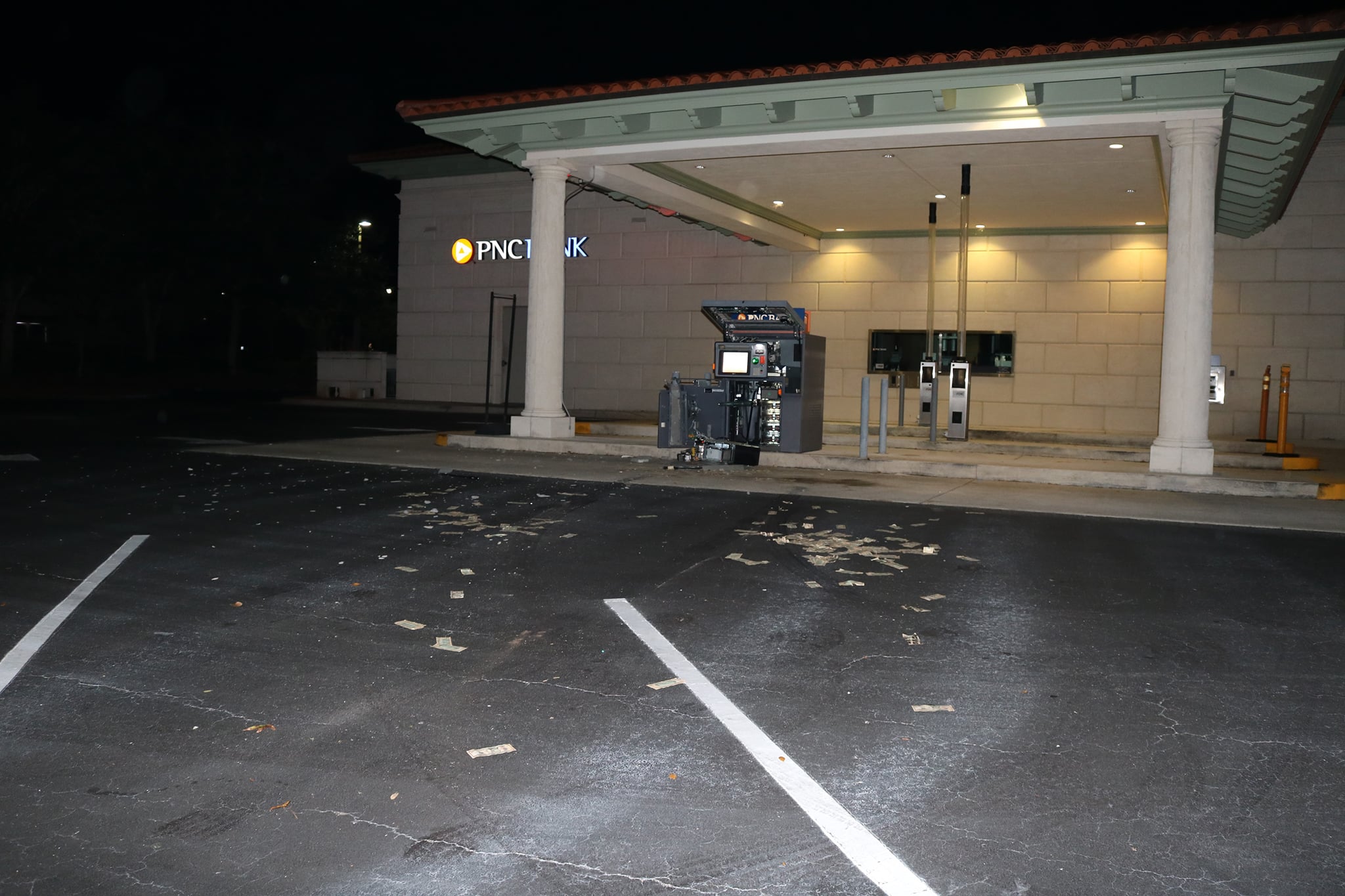 On January 7, 2022, the Flagler County Sheriff’s Office (FCSO) responded to a call about an ATM vault alarm from PNC Bank, located at 235 Palm Coast Parkway NE in Palm Coast. When deputies arrived to the bank, they observed the drive-thru ATM had been severely damaged with $10 bills scattered throughout the parking lot. Deputies recovered $5,080 from the ground around the ATM. 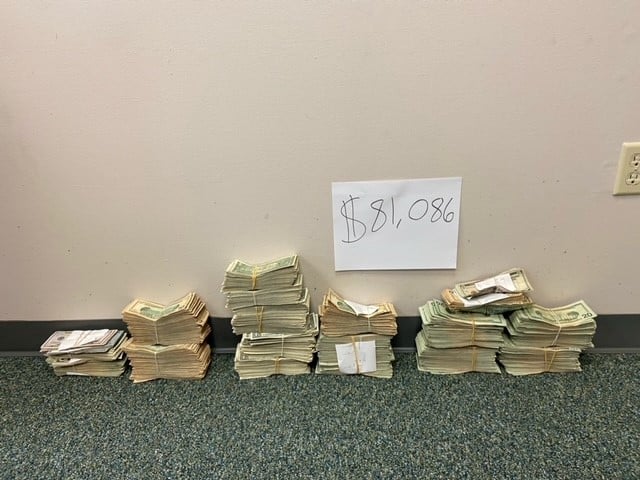 Deputies were able to review surveillance camera footage that showed a Ford F-Series truck entering the property at 4:01 AM, backing up to the ATM and two males attempting to gain access to the ATM, and then connecting a large chain to the truck successfully forcing the ATM open.

While deputies were investigating at the bank, other deputies located a suspicious abandoned vehicle on Colbert Lane approximately four miles away. The truck was found running with lights on and four ATM drawers containing $620 and an additional $340 scattered on the road near the vehicle. The truck was determined to be stolen from Enterprise Drive in Palm Coast just prior to the ATM theft. Surveillance video also confirmed an additional vehicle working in unison with the stolen truck which appeared to be a red SUV.

As patrol deputies searched for the suspects, detectives with the FCSO General Assignment and Crime Scene Investigation (CSI) Units responded to the crime scenes. FCSO Detectives worked with Analysts in FCSO’S Real Time Crime Center (RTCC) and were able to track the suspects throughout the county. Through investigative techniques, it was determined the suspects drove a red 2021 Toyota Rav4, Avis-Budget rental vehicle from Texas to Flagler County. Once in Flagler, they stole the Ford F-250 from Enterprise Drive and used both vehicles to case the area of PNC Bank.

Because of the interstate travel and the likelihood, the suspects were traveling back to Texas, FCSO’s RTCC notified the Florida Highway Patrol Tallahassee Regional Communication Center and issued a Be-on-the-lookout (BOLO) for the red Toyota Rav4. A Florida Highway Patrol (FHP) Trooper spotted the vehicle traveling west on I-10 near Crest View, Florida, and conducted a high-risk traffic stop in the Stuckey’s Dairy Queen parking lot off County Road 191 in Santa Rosa County. Troopers detained the suspects and contacted FCSO.

The occupants were identified as Trevion Rice (DOB: 8/29/1999), Kevonte Dequawn Mikey Fobbs (DOB: 8/16/2001), Jayveon Quet White (DOB: 6/12/2001), and Deandre Matthew Thompson (DOB: 10/23/2000). They were all secured without incident by FHP and taken to the Santa Rosa County Jail on local charges from FHP while FCSO detectives worked to obtain arrest warrants.

The Florida Department of Law Enforcement (FDLE), along with FHP’s Bureau of Criminal Investigations responded and recovered $81,086 from the vehicle. Thompson was wearing an ankle monitor from Harris County, Texas, and the ankle monitor GPS confirmed his location to be at PNC Bank in Palm Coast at the time of the theft. All occupants denied being involved in any theft and when Thompson was asked about the ankle monitor confirming his involvement in the theft, he stated, “it’s wrong.” His phone also had a screen saver showing a bag of money that matched what was recovered from the vehicle. A total of $87,666 was recovered from the bank and from inside the vehicle.

“This was remarkable teamwork by everyone and all agencies involved,” Sheriff Rick Staly said. “We believe these guys were committing similar crimes from Texas to Florida but our technology and the dedicated team allowed us to quickly put an end to their crime spree. Not only is Thompson sitting in jail but wearing an ankle monitor to a cross-country crime spree earns him the dumbest criminal of the week award! I’d like to thank FHP, FDLE and Santa County Sheriff’s Office and our RTCC team, detectives, and deputies who worked quickly to arrest them and stop them in their tracks.”

FCSO detectives obtained warrants charging all four suspects with Grand Theft with Damage over $1,000 and Burglary of a Dwelling or Structure Causing Damage in Excess of $1,000. Bond was set at $500,000 on the Flagler County charges. They are being held in the Santa Rosa County Jail awaiting transfer to Flagler County.