On Wednesday, July 28, 2021, the Flagler County Sheriff’s Office (FCSO) responded to a call at Harbor Freight about an animal problem. The reporting party stated he thought he heard birds chirping in a U-Haul truck, and witnessed a female occupant of the vehicle open the liftgate where numerous dogs, cats, and puppies were in distress. 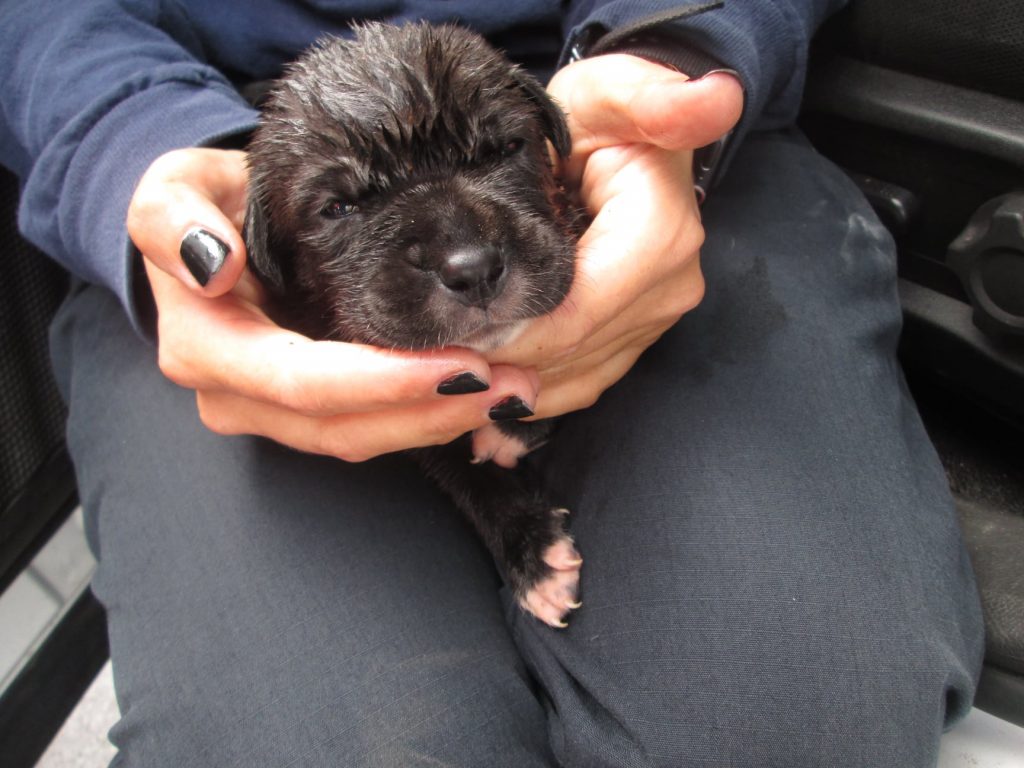 One of the rescued puppies.

The witness observed a female occupant open the liftgate, and he observed numerous dogs and puppies in distress, all panting with their tongues out. The female started spraying the dogs with water, but it was too hot inside the compartment. The witness told her to get the dogs out of the vehicle and not to leave the scene and contacted the FCSO for assistance.

Upon FCSO’s arrival, the puppies were panting and severely dehydrated. The dogs were obviously in distress with matted fur, the animals were covered in feces, and were in the back of a U-Haul without proper airflow. The first responding deputy on scene, the witness, and owners of the animals pulled the animals out of the truck and placed them in cages outside of the U-Haul, pouring water on them and giving them drinking water. 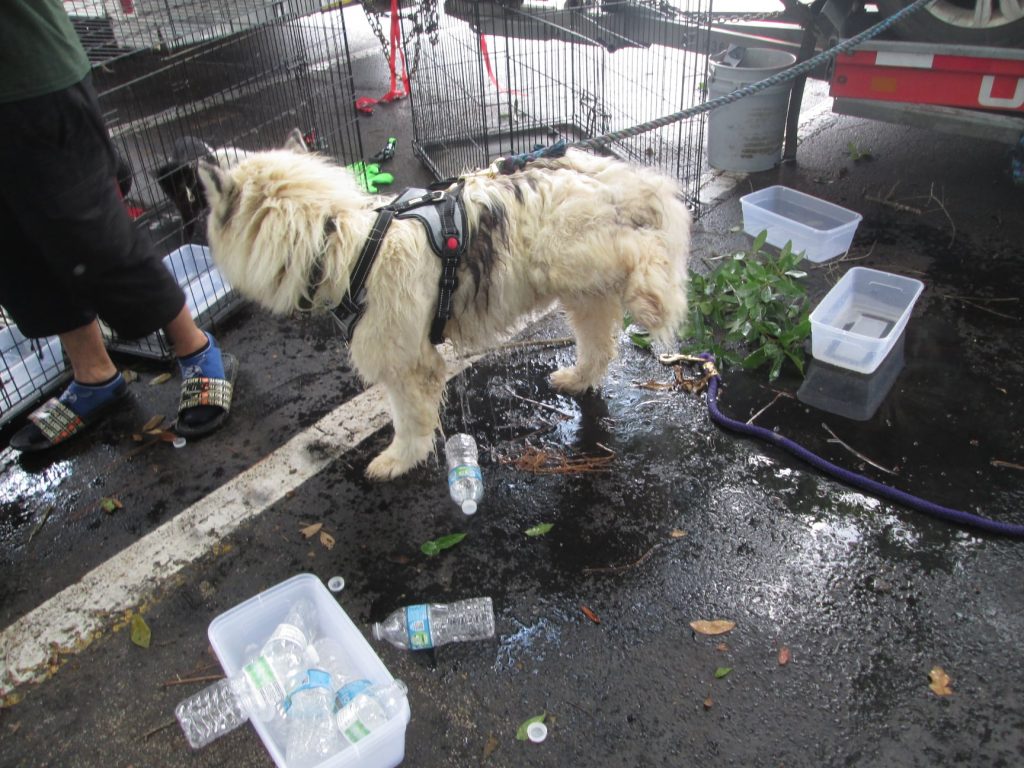 More of the rescued animals

A gray water bucket was observed in the U-Haul truck, close to the entrance of the liftgate, but no water in any cages with the animals. The cats had wet food while the rest of the animals did not. The Palm Coast Fire Department (PCFD) responded to assist with cooling off the animals. In total, there were four cats and 13 dogs in the back of the U-Haul. 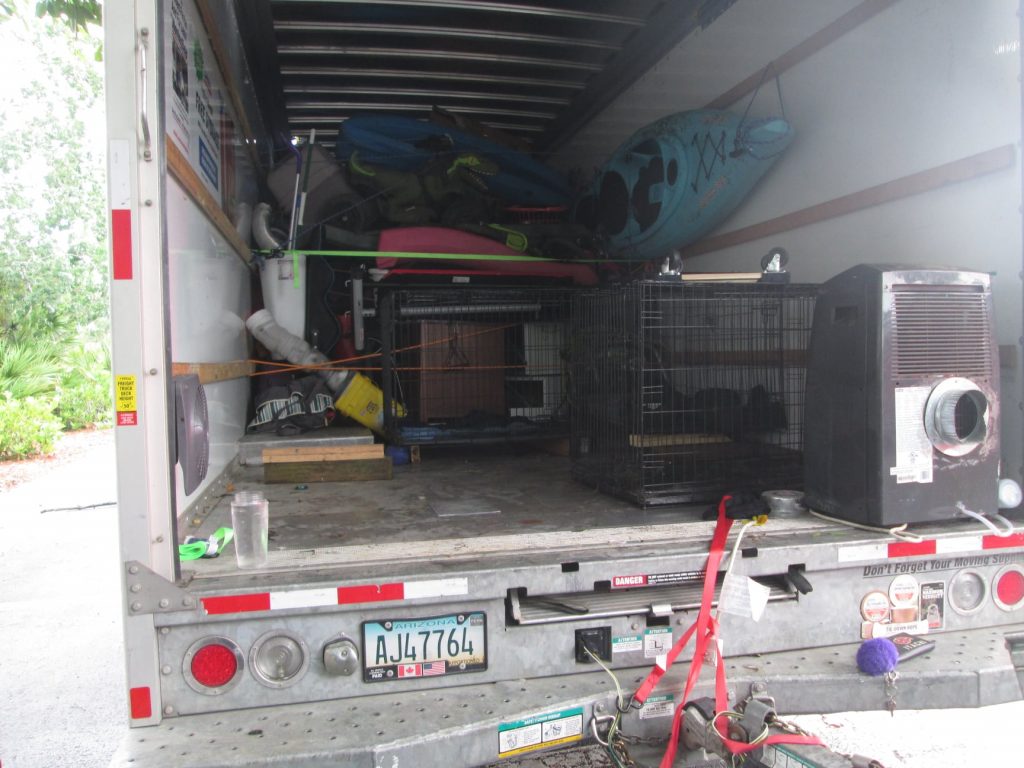 Back of U-haul truck.

“Here is a great example of ‘see something, say something’ and these animals only had minutes to spare,” Sheriff Rick Staly said. “Thank you to the citizen who spoke up and called us. I’m glad the animals are now in the hands of Animal Control and out of the custody of these two who obviously don’t know how to care for them. The Florida heat is dangerous and animals do not belong in vehicles without proper air flow as the result can be deadly. Thank you to all the agencies who came together to rescue the 17 animals from the U-Haul.”

Sparks and Doud were placed under arrest and transported to the Sheriff Perry Hall Inmate Detention Facility. They’re both being charged with Animal Cruelty and being held on a $5,000 bond.