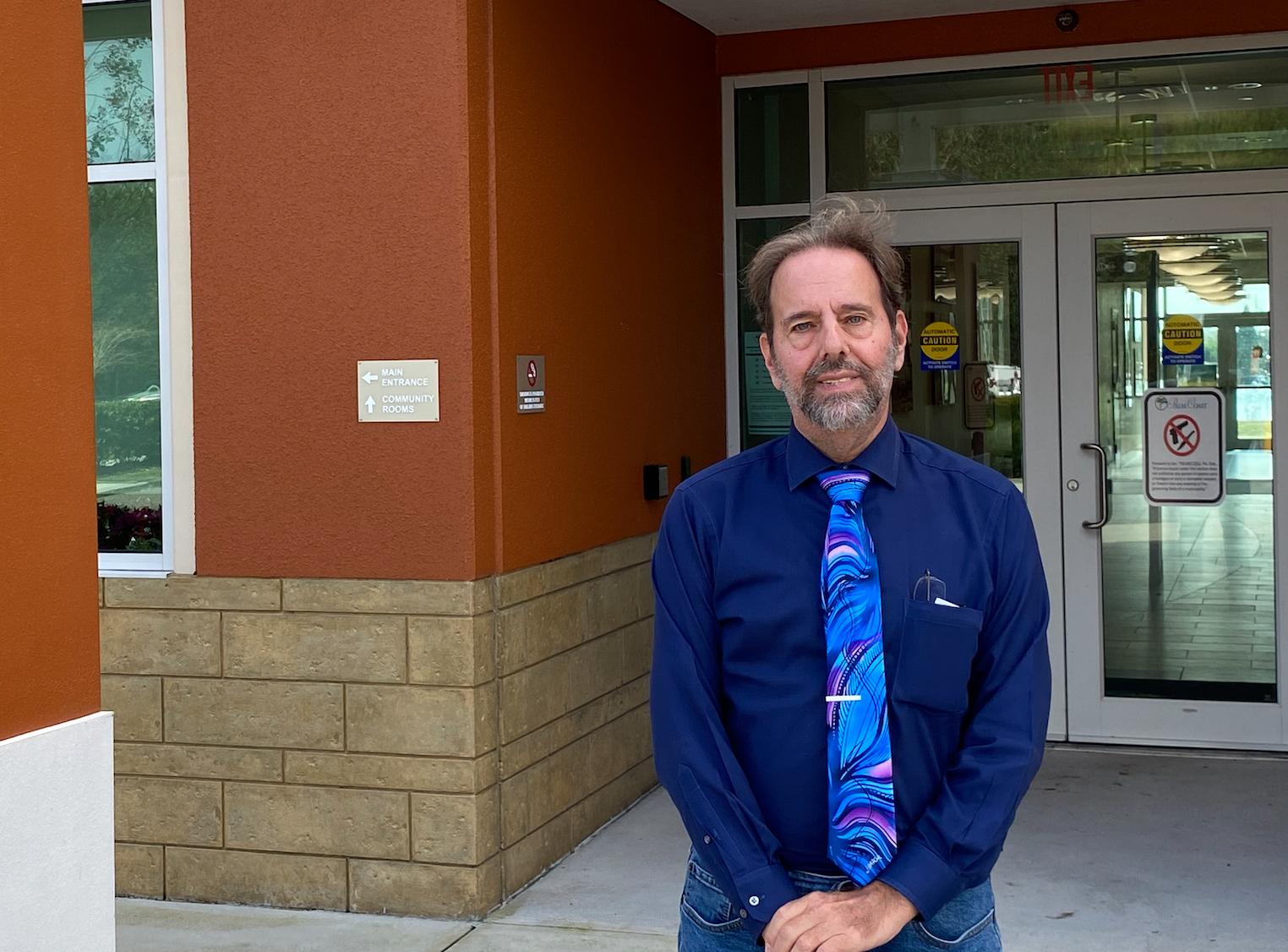 The following is a Q&A with Mike Martin regarding recent discoveries of arsenic in the soil at Matanzas Woods Golf Course, which closed in 2007. Martin is helping lead an effort to halt planned development on the grounds until further research can be done into the problem. He agreed to an interview ahead of Wednesday’s planning and zoning meeting at Palm Coast City Hall, at which he will use the public comment slot to speak on the issue. In addition to his community activism, Martin was elected to the East Flagler Mosquito Control Board in 2020. The meeting will be held on Wednesday at 5:30 pm, at Palm Coast City Hall.

Chris Gollon: So first off, what, in a summary what’s going on with the arsenic in Matanzas Woods?

Mike Martin: “Okay, they have found arsenic on the old golf course. The established residential level is actually 2.1. It’s milligrams per kilogram, which is a mouthful to say, let’s just say it’s 2.1. Well, they found they did 100 test pits only on the driving range, they found 27 of those pits had arsenic that exceeded the allowable safe residential level. So 27% of the pits show a higher level. The only problem is that the tests themselves, the parameters for the tests were set by the developer, not by the city staff, or and the Florida Department of Environmental Protection was not brought into this.

“So the tests were only done down to a level of two feet. And according to several conversations I’ve had with people who work for the DDP including Mr. Brian Durden, who’s the regional northeast manager of the DEP the standards are you must test down to the water table. You can’t stop at two feet. Because there’s no telling how deep arsenic can go. I actually have report from an environmental company of a golf course in Buffalo, New York, the Westwood Country Club that showed arsenic it didn’t find arsenic until two feet in depth, and they actually found arsenic as deep as three and a half feet. So the soil test that’s done is incomplete. They didn’t test anywhere below two feet, you cannot, you know, the planning board, and the city can’t approve things based on incomplete soil tests because their own planning and development rules their own land development code says that the tests have to be exclusive to show that the area’s no harm, no harm for environmental factors.

“And the test is also incomplete because they didn’t do a single test for patrolling distillates. The areas around the still existing warehouse may well be contaminated either with chemicals from the uses of pesticides or herbicides, or from the gasoline storage tanks. Because I have been told by several people who played on the golf course, that they use gasoline powered golf carts, that means they had on site storage of gasoline because they’re not going to load golf carts on pickup trucks and drive them to local gas station.

“So the developer needs to develop tests around anywhere where the golf course was stored where the old and for all I know there may be underground gasoline tanks still there. The tests need to be done to show there is no petroleum distillates contamination because that could be as dangerous as arsenic. And the planning board is scheduling tomorrow for what they call the site plan. Based on incomplete tests, incomplete evidence, we have no idea whether the actual level is worse than any place in the golf course, but the driving range.

“And I can tell you that I spoke with a gentleman who’s now retired from the DEP Mr. Craig Park, who told me that it was very surprising to him to only find arsenic contamination on the driving range, because the driving range is an area where they use the fewest amount of chemicals, nobody plays a ball off the driving range. He said they generally find the highest levels of arsenic contamination on tee boxes, fairways, and greens, not on driving ranges. So he said he’d be very suspicious. So what we’re going to do, we’re going to ask the planning board to either reject this application for incomplete soil tests because they don’t have the information needed to approve this. Or to table this and get the Florida Department of Environmental Protection involved right now, make sure that all the soil tests are done, do the EPA standards down to the water table and they actually sample the water table.

“There are eight uncapped wells on the golf course property. We have no idea whether those wells have contaminated the groundwater on the golf course or not. But the city of Palm Coast and the planning board members owe it to us to ensure that before they approve any type of site plan or any kind of development, that they do everything possible to ensure that this developer not cause any harm to any of the existing neighbors or to any of the new homeowners who will buy properties on the development, they owe to us to make sure it’s safe. Their responsibility is not to make sure that the developer makes maximum profit. It’s the ensure that the development causes no harm to those of us who live here already and those of us who will live here, okay.”

How does arsenic wind up in the soil and what are the risks associated with having it in residential areas?

“Well, arsenic was contained in chemicals used on golf courses until the EPA banned in 2009. Now the golf course closed in 2007. So it’s quite possible that the chemicals they use contained arsenic because they were legal at that point, there also was naturally occurring arsenic. And that happens here in Florida, we can’t say for sure that the arsenic they found in the test that they did do was a result of either chemical contamination, it could be naturally occurring arsenic. But arsenic is a heavy metal, it takes a very hundreds of years to break down. It’s very, very stable compound. And it causes if you expose to arsenic in the air, it causes a lot of health problems. Now, arsenic in the ground is fine, as long as it’s not stirred.

“There’s no problem with the driving range as it  stands right now, because the arsenic is contained between one and a half and two feet from the preliminary test they’ve done. If you don’t disturb it, it’s fine. But they are going to dig down because that’s where they are building, they’ve got to dig down more than two feet to put in the infrastructure, the water, the sewer, they may bury the electric lines, I don’t know what the plans are for that. But certainly, they’re going to dig down deeper than two feet, to put in the infrastructure. And that is going to disturb the arsenic if it’s not remediated, and that can cause it to get airborne.

“And anybody who lives close enough where the wind can carry it can inhale this arsenic. And if you get all kinds of medical problems from it, it makes you really sick. And if you don’t know that it could be arsenic poisoning, you know, you’re not going to adopt and say I need you to test me for arsenic. Because it’s not something anybody thinks about.”

Are the people who live near the area now already at risk from what is in the soil at this point, or is it just a potential problem with the developer?

“I’m not an expert. But I believe that it’s only a potential problem. The only problem I can see that it might be causing now would be if the arsenic has contaminated the groundwater. And you have you for instance, I have a well for my sprinkler system. If arsenic contaminates the groundwater in the water from my well, it’s contaminated. It’s covering my grass. I don’t eat grass, but my dog does. So if my dog were to go out and eat grass, and it was arsenic contaminated, it could make him sick. And again, and you’d be wondering that that wouldn’t know what to look for, because who thinks your dog has ingested arsenic?

“But I’m not sure that is that’s a realistic problem. It all depends on on whether the groundwater is contaminated and how heavily contaminated it is. To be honest, the levels of arsenic that they discovered now, aren’t all that bad. They’re not the worst that anybody has seen who is involved in this kind of business, but they’re still three times higher than the normal levels for residential arsenic. And that’s important anytime you’re three times higher than the safe level. It’s something that everyone needs to be concerned about.”

AskFlagler thanks Mike Martin for sitting down for an interview. 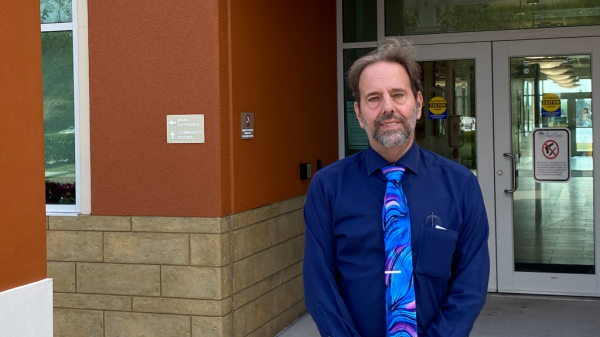 Mike Martin is an active community member in Palm Coast. In 2020 he was elected to the East Flagler Mosquito Control Commission, but that’s... 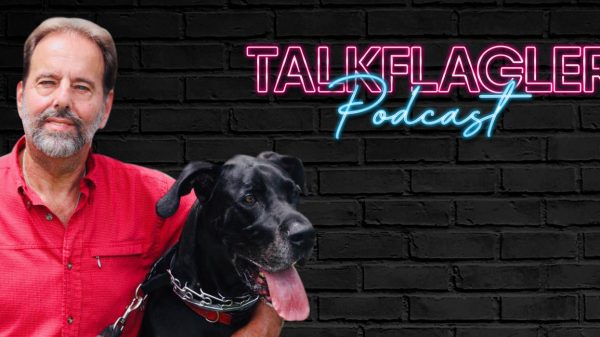 In this episode of TalkFlagler, we talk to Mike Martin, one of the three district commissioners for the East Flagler Mosquito Control. Joey returns...