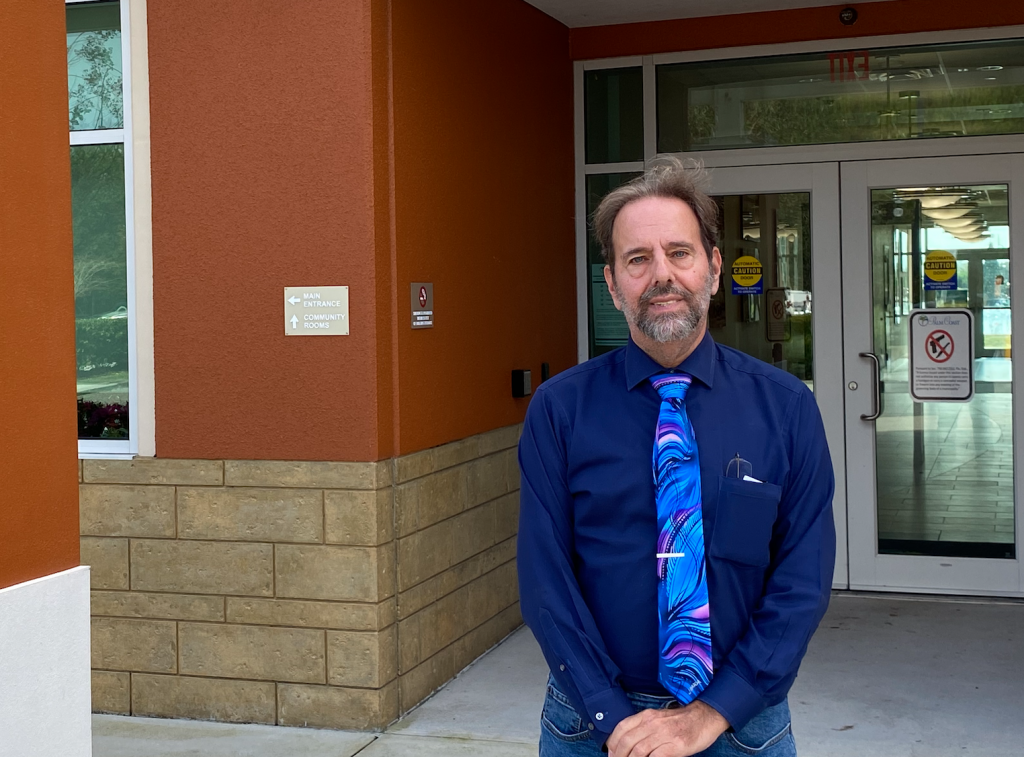 Mike Martin is an active community member in Palm Coast. In 2020 he was elected to the East Flagler Mosquito Control Commission, but that’s hardly the only place he’s made himself known. Martin has been embroiled in several projects as of late, including a resistance against development on the abandoned Matanzas Golf Course.Now, Martin is rallying to stop the Palm Coast City Council from granting itself a pay increase of over 300%. The proposal was approved in the first of its two readings by a 4-1 vote (Mayor David Alfin was joined by Ed Danko, Nick Klufas, and John Fanelli in voting Yes, Eddie Branquinho dissented). In this interview, he talks about why he opposes the raise, what’s being done to circumvent it, and what he hopes to show the community in his grassroots efforts.

AskFlagler: The way you’re trying to stop the Council members’ raise is certainly outside of the norm. What does the process look like from here, and how feasible is it that this will succeed in its goal?

Mike Martin: “Well, I have an engineer’s mentality as well as degree; I want to know how things work, how they happen, what forces are behind, steering the process. So when this issue first came up, on March 1st at the end of a Council meeting under ‘Other Business’, I was outraged. I had been at that meeting, and left just as the Council got on to “Other Business”. I left because nothing substantial should never come upon under other business. Honest and open politicians don’t sneak a vote through on this type of issue, and when I realized how this was done I was, frankly, even more outraged.

“When I was little, my mother told me two things: ‘When you do something, when you commit yourself to something, do it the best that you can; or don’t do it at all’, and ‘always try to go a little further than you think you can, dream big’. So I decided to see under what authority they had the right to do that, I read the City Charter. I found out that what they were doing was perfectly legal. Aboveboard is another story. I couldn’t understand who would write a City Charter that would allow elected officials to set their own salaries. So I decided to change the Charter. Dream big, right? So I found, in the Charter: Article IX, Section 3, which states that ‘ten percent of the qualified electorate shall have the power to petition the Council…and I knew I had what I needed.

“This movement is taking off. I have told everyone that we can only succeed if we come and work together , and then we can do this! With very few exceptions, the real anger of the people is astonishing. I was over in Flagler Beach at the pier looking for signatures and even the beachside people were telling me they wished they could sign. I think the Mayor and Council have totally misjudged this. Their arguments for it are weak, the size of the raise is totally outrageous, and people are (to steal a quote from the movie ‘Network’): “I’m mad as hell and I’m not going to take it anymore!”

“I have gotten the deadline extended due to the diligence of the City Clerk and the Flagler Supervisor of Elections and I want to thank them. I keep printing more and more Petition Forms and I am emailing them all through the day. People are copying them and giving them to their neighbors. I have been interviewed this past week once on TV and twice on the radio. And they have all contacted me so the word is definitely spreading if the media have heard! I had no idea it would explode like this, but it is a classic story of plucky citizens standing up to their officials. It happens. School Board members in three states were recalled, including here if Florida, in the past few months. I think the anger was really there, and all people need to have happen was for someone to show them what to do, how they can fight back, and people are responding.”

AF: What have the Palm Coast citizens you’ve spoken with been saying about the raise?

MM: “I have honestly found five people who either supported it or were indifferent. Everyone else is really steamed up. I have even had some city employees speak privately to me about how they disgusted they are with their Mayor.”

AF: How do you feel about the justifications provided by Council members (i.e., better candidate pool, expanded time commitment, etc.)?

MM: Well, Nick Klufas defeats his own argument by his very presence on the Council. He is exactly the kind of candidate he said wants to attract, so they will work for $9,600, so disregard that argument. Mayor Alfin’s cheap stunt of showing his calendar? Well, tomorrow the Mayor is judging a baking contest. Should he be paid for that? How many other engagements are exactly like that? Nowhere under the Charter’s duties for the Mayor will you find written ‘the Mayor shall judge all baking contests.’ Many of those are voluntary, and besides, the Mayor and the Council are political people; ‘pressing the flesh’ is ingrained in the DNA of all politicians. They each benefit from appearing in public.

“How much of that should we pay for? Mr. Danko’s plaintive recital of how he had to knock on doors and doors: Ed, that’s what political candidates have to do to get elected. It’s called work. Mayor Alfin cited the County Commission making $53,400; does anyone consider them an example of excellence? Clearly more money does not necessarily buy better quality.”

AF: There’s still one more reading and vote scheduled on the ordinance before it’s been given final approval. Do you have hopes to sway the opinions of some of the Council members?

MM: “Me? No. Thousands of outraged citizens? Yes.”

AF: What happens if the Council approves the second reading of this ordinance but you are able to submit the requisite signatures by the June 15th deadline?

MM: “This has not been done before so there was no process in place. Basically, if I can submit the ten percent of registered voters’ signatures, then first the signatures will have to be verified, and they charge for that, then it goes to the City Council as a formal and legal petition. The City Council votes whether to adopt the petition, Whether the Council approves or not, this will be placed on the November ballot and if the majority of voters vote for it, the Charter is Amended and the Mayor and Council’s salaries will be voted on by the public, or at least the registered voters.

“One last thing. Win or lose this fight, I know one result will happen: the people of Palm Coast will now understand that they can fight back, and they have the tools.”
In this article:council raises,mike martin,palm coast city council