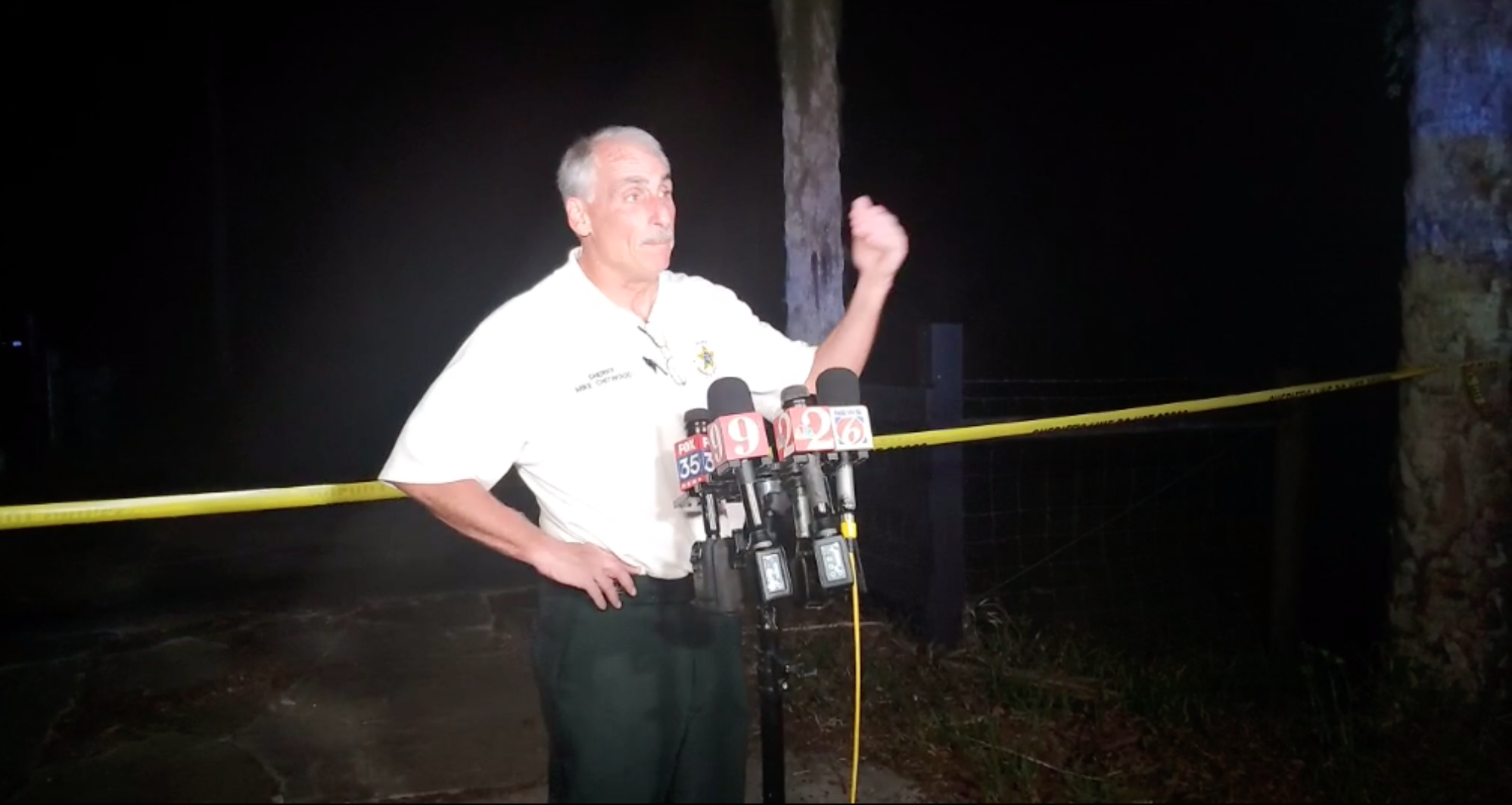 Mike Chitwood, Sheriff of Volusia County, issued a searing rebuke of the Department of Juvenile Justice following a shootout involving his deputies and two children who’d escaped a group home. The kids, ages 12 and 14, broke into a house on Enterprise Osteen Road in Deltona and used the homeowners’ three guns and ammunition to fire at Volusia Sheriff’s Deputies.

The shootout ended with all deputies unharmed and the 14 year-old in critical but stable condition. Just hours after the conclusion, Chitwood was quick to express his exasperation with the DJJ:

“Where have we gone wrong that a 12-year-old and 14-year-old think it’s okay to take on law enforcement? What the hell is the Department of Juvenile Justice doing, sending these kids to places that can’t handle them? Deputies did everything they could tonight to de-escalate, and they almost lost their lives to a 12-year-old and a 14-year-old. If it wasn’t for their training and their supervision…somebody would have ended up dead.”

Today, in a statement issued on his Facebook account, Chitwood wrote a lengthy post criticizing the DJJ for what he perceived as a complicity in Tuesday’s events.

“The kids who tried to kill our deputies in Enterprise are 12 and 14. The kid who punched a security guard who ended up dead is 14. The kid who stabbed a girl 114 times in St. Johns County is 14. The kid who strangled his mom to death and buried her under a fire pit in DeBary was 15. The kid in a stolen car who fled from us into oncoming traffic in Ormond this past weekend was 17 with a history of armed robbery. The kid who participated in robbing, killing and then burning the body of their victim in DeLand last year was 17 with a healthy criminal record. I can go on.

“Rather than own up to a crisis in juvenile justice, and rather than commit to the hard work of addressing it, the powers that be have chosen to lie to the news media and the public.

“When the Department of Juvenile Justice was questioned by a reporter about the kids who opened fire on my deputies, they didn’t want to admit that they cut the 14-year-old loose the last time she was charged with a serious crime.

“The Florida Department of Juvenile Justice (DJJ) made the following public statement: ‘When a youth is arrested in Florida, a judge determines whether or not they are held in secure juvenile detention or released into the community.’

“That is a blatant lie that is contradicted by the DJJ itself. The 14-year-old girl who fired at our deputies was arrested just a few weeks ago for setting 5 fires in Palm Coast. Flagler County deputies arrested her and took her to DJJ, where she was screened and RELEASED BY DJJ because she didn’t fit their criteria for secure detention. She never saw a judge before she was released, because DJJ determined her crimes weren’t serious enough.

“‘This young lady needs a lot of help and since DJJ released her back into the same environment that allowed this behavior, I hope she does not do it again and instead gets the help she needs,’ Flagler County Sheriff Rick Staly said at the time.

“Whether DJJ is intentionally lying, accidentally misleading, or just sadly misinformed about their own procedures, it’s unacceptable that a state agency at the helm of the juvenile justice system in Florida would rather cover up their part in this crisis than fix it.

“In Florida, juveniles arrested by law enforcement are screened by the DJJ’s screening staff using the ‘Detention Risk Assessment Instrument’ (DRAI) to determine whether a youth should be detained in a secure detention facility, granted supervised release, or released without any additional supervision. The DJJ developed the ‘DRAI’ and is responsible for it. This is all public information that’s available on the DJJ’s own website.

“That’s not to say there aren’t judges out there who are coddling juvenile defendants and assigning them lame apology letters or essays rather than providing them the discipline and structure that might prevent them from reoffending over and over again. I have been on the record before arguing that judges like Judge Mary Jolley are too lenient on juvenile defendants who end up in her courtroom.

“The Florida United Methodist Children’s Home did the right thing after this week’s shooting. They owned up to the failures of our system and announced they will no longer be housing emergency shelter children like those cut loose by DJJ. FUMCH stated: ‘This situation is tragic and is the result of the system failing our children. These children are in desperate need of care in the appropriate setting, which is a higher level of care than we provide.’

“I know that Governor Ron DeSantis can roll up his sleeves and fix this. He has been a supporter of law enforcement, and I’ve seen first hand how he listens to the boots on the ground to find solutions to the complex problems we face. He’s also a father, like me, and I know he wants the best for Florida’s children.

“Our current system is not just unfair to the victims of these crimes. It’s unfair to the juveniles who need discipline, accountability, structure and guidance to turn their lives into productive ones.

“We can fix this, but the first step is accepting there’s a crisis rather than covering it up.”

Governor DeSantis signed the ‘Combating Public Disorder Act’ into law on April 19th. In the words of DeSantis’s office: “The bill, HB 1, takes a robust approach to uphold the rule of law, stand with those serving in law enforcement and enforce Florida’s zero tolerance policy for violent and disorderly assemblies.” The bill was also aimed against “the bullying and intimidation tactics of the radical left”, per DeSantis’s news release. Sheriff Chitwood made an appeal to the Governor’s support of law enforcement in his statement, hoping to coax intervention from the state level to prevent the recurring youth crises that have demanded Chitwood’s forces’ intervention.
In this article:deltona,enterprise,law enforcement,mike chitwood,ricks staly,ron desantis,volusia county,volusia county sheriff's office