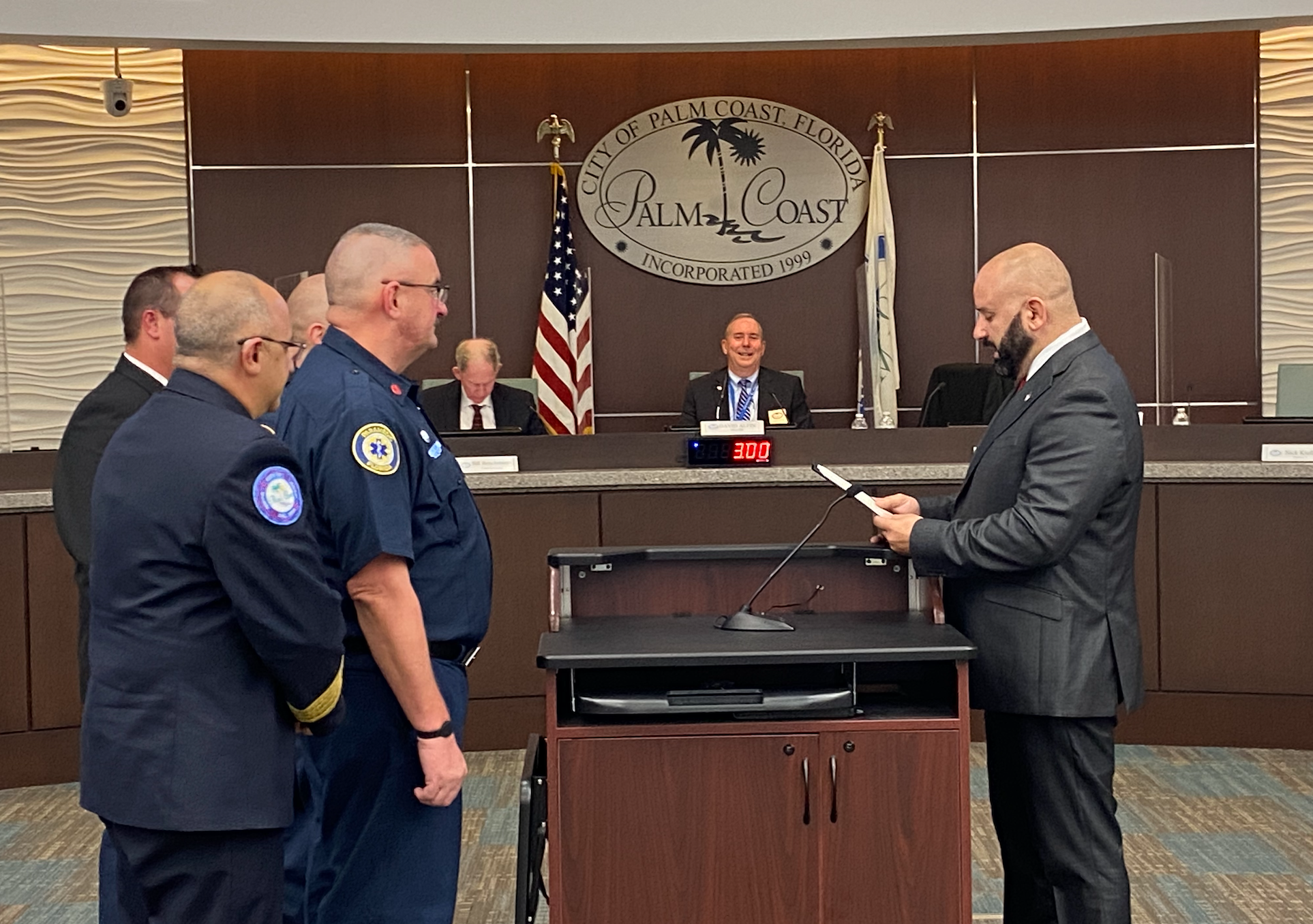 In a series of proclamations Tuesday evening, the Palm Coast City Council honored its Fire Department, a team from local health agencies raising awareness for diabetes, and a group of veterans for Veteran Appreciation Month.

The Palm Coast Fire Department was commended in a proclamation read by Victor Barbosa, in honor of their efforts in setting up the 20th annual Hall of Terror event. Held over three days, the Fire Department saw a record 3,100+ residents walk through a hand-crafted haunted house staffed by PCFD firefighters. Chief Jerry Forte and Lieutenant Dan Driscoll (the “boomaster”) were on hand along with several members of the PCFD team to receive the honor. Additionally, October 31st was declared ‘Hall of Terror Day’ in Palm Coast. 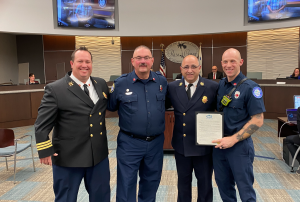 In recognition of November 14th being World Diabetes Day, a squad of activists from the medical world were on hand to receive recognition from the city, who were honoring efforts to raise awareness and support for diabetes-related causes. John Subers, Executive Director East Florida Region Foundation, was among those who spoke before the Council and received the honor, as well as Florida Health Flagler’s PIO, Gretchen Smith. Mayor David Alfin read the proclamation, which recognized World Diabetes Day, as well as designating November 2021 as Diabetes Awareness Month. 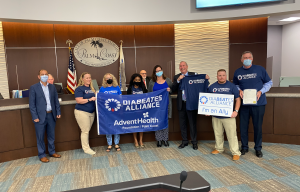 Thirdly, Eddie Branquinho took the podium to honor Veteran Appreciation, in which the three veterans in attendance at the meeting were commended for their service. Branquinho specifically praised those who served in the armed forces and then in the city government, for what he called a two-part career of service. 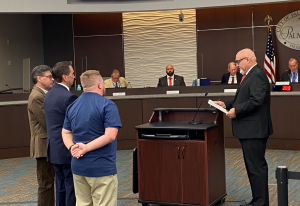 The veterans in the room. ⓒ AskFlagler