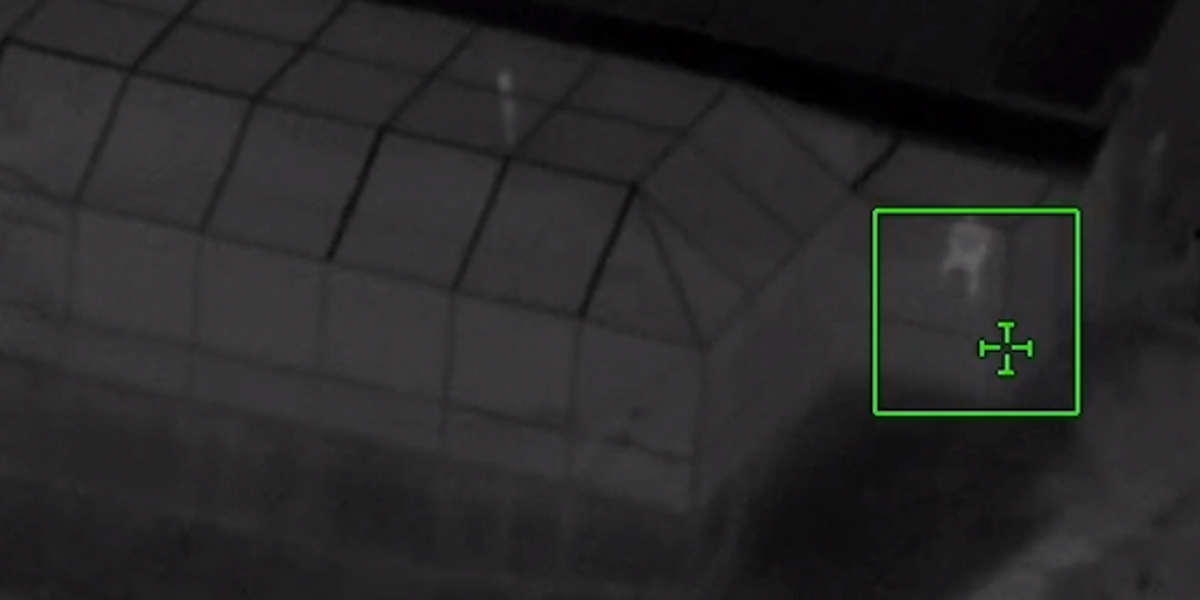 See video from Volusia Sheriff’s Air One below:

The Flagler County Sheriff’s Office (FCSO) requested the assistance of Volusia Sheriff’s Air One helicopter on Wednesday evening around 11:10 p.m. FCSO was searching for a subject who fled from a traffic stop and bailed out of the vehicle on Palm Harbor Parkway in Palm Coast. Shortly after arriving overhead, the Air One crew started getting hit with a green laser numerous times from a nearby home on Chelsea Court.

Air One directed FCSO deputies to the house where 60-year-old Gregory Marr (DOB 9/9/1960) was taken into custody and charged with Pointing a Laser at a Driver or Pilot. Air One was able to positively identify the suspect from the recorded video footage on the helicopter.

Marr remains in the Sheriff Perry Hall Inmate Detention Facility on a $1,500 bond.

Returning to the search on the bailout, Air One located the suspect and guided FCSO deputies to the spot where he was lying in the wood line near a retention pond. 36-year-old Jeff Thomas (DOB 10/21/1983) was also taken into custody and charged with Driving while License Suspended, Fleeing & Eluding, Resisting Arrest, and Loitering & Prowling.
Thomas remains in the Sheriff Perry Hall Inmate Detention Facility on a $4,500 bond.

“Not only did his dangerous and stupid actions divert our search for the fleeing suspect but shining a laser at a helicopter could have caused the helicopter to crash by blinding the pilot,” Sheriff Rick Staly said. “In Florida, shining a laser beam at a pilot in flight is a felony offense. We appreciate the assistance of the Volusia Sheriff’s Office to apprehend and arrest both individuals and I’m very thankful his actions did not result in a disastrous crash that could have killed the pilots and people on the ground.”