The investigation into the Death is Still Active

The Flagler County Sheriff’s Office is continuing to investigate the death of a male found in the water at Graham Swamp during the early morning hours of September 28th, 2020. The subject has been positively identified as that of Giovanne Sylvain, an 18-year-old male who had been missing since the evening of September 25, 2020.

FCSO Major Case is currently investigating the death due to the suspicious circumstances and the autopsy results. The determination of cause of death is awaiting testing from toxicology and anthropology.

The FCSO wants the public to know that this is common practice in death investigations and does not necessarily mean the subject was the victim of a violent act or that there is any threat to the community. Death investigations are inherently complex as they involve multiple disciplines and take time to ensure that proper conclusions and information released are accurate and verifiable.

“We are always committed to demonstrating transparency but we do not want to release any information that later may be determined to be inaccurate,” Sheriff Rick Staly said. “We understand that the public has concerns and we will provide more information as the investigation progresses.”

The investigation has revealed that Sylvain was at Advent Health on September 25 and was acting erratically. He left shortly after 7:30pm on his bicycle. He is believed to have died a few hours after this. If anyone has any information related to the death or Sylvain’s activity after he left Advent Health, please contact the lead investigator on the case, Detective Dawson, at 386-586-4823 or email Tips@Flaglersheriff.com. 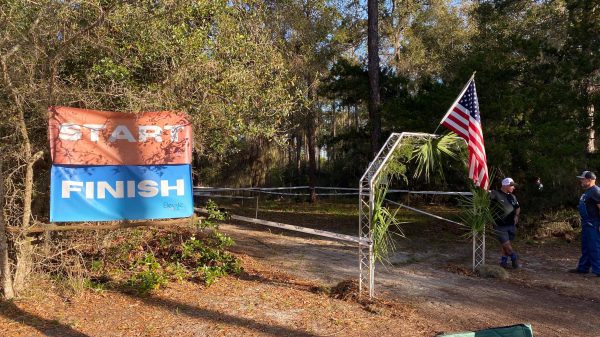 While the streets of Daytona and Flagler Beach are jam-packed with motorcycles for Bike Week, Palm Coast’s Graham Swamp Mountain Bike Trail was occupied...