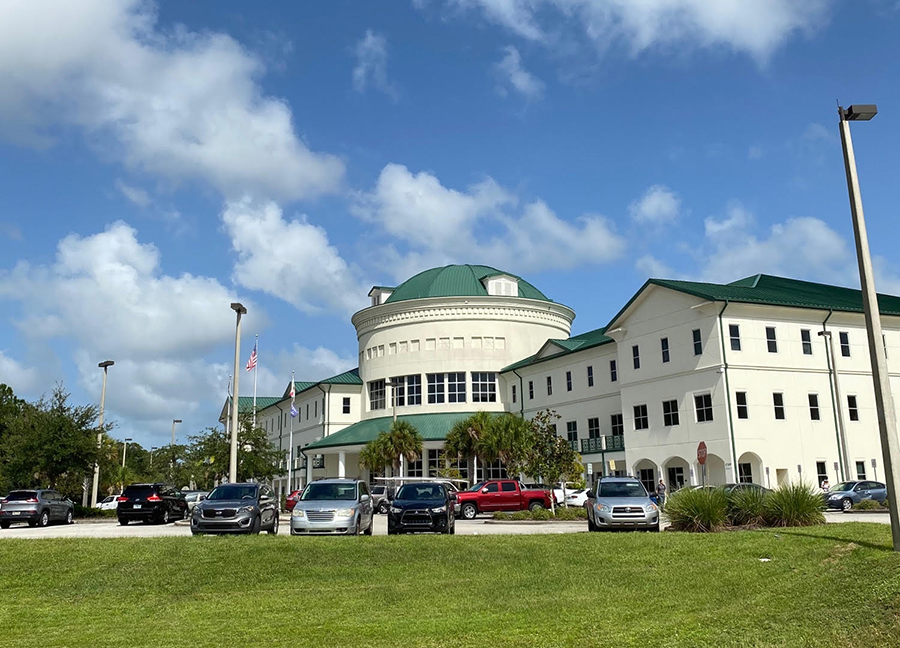 Florida’s 6th congressional district is a key area for Republicans; after producing the current governor of Florida, it now touts incumbent congressman Michael Waltz as a rising star in the GOP. Waltz defeated Democrat Nancy Soderberg handily in 2018, and it’s hard to see Curtis as a more electable choice than the former U.N. ambassador. According to FiveThirtyEight polling, there’s only one realistic scenario in which Curtis wins, and it’s an extreme outlier. Simply put, Waltz’s voters from 2018 haven’t been given a reason to be dissatisfied with his job performance. Expect Waltz to be reelected in November. /// Predicted Margin: Between 20% and 30%. 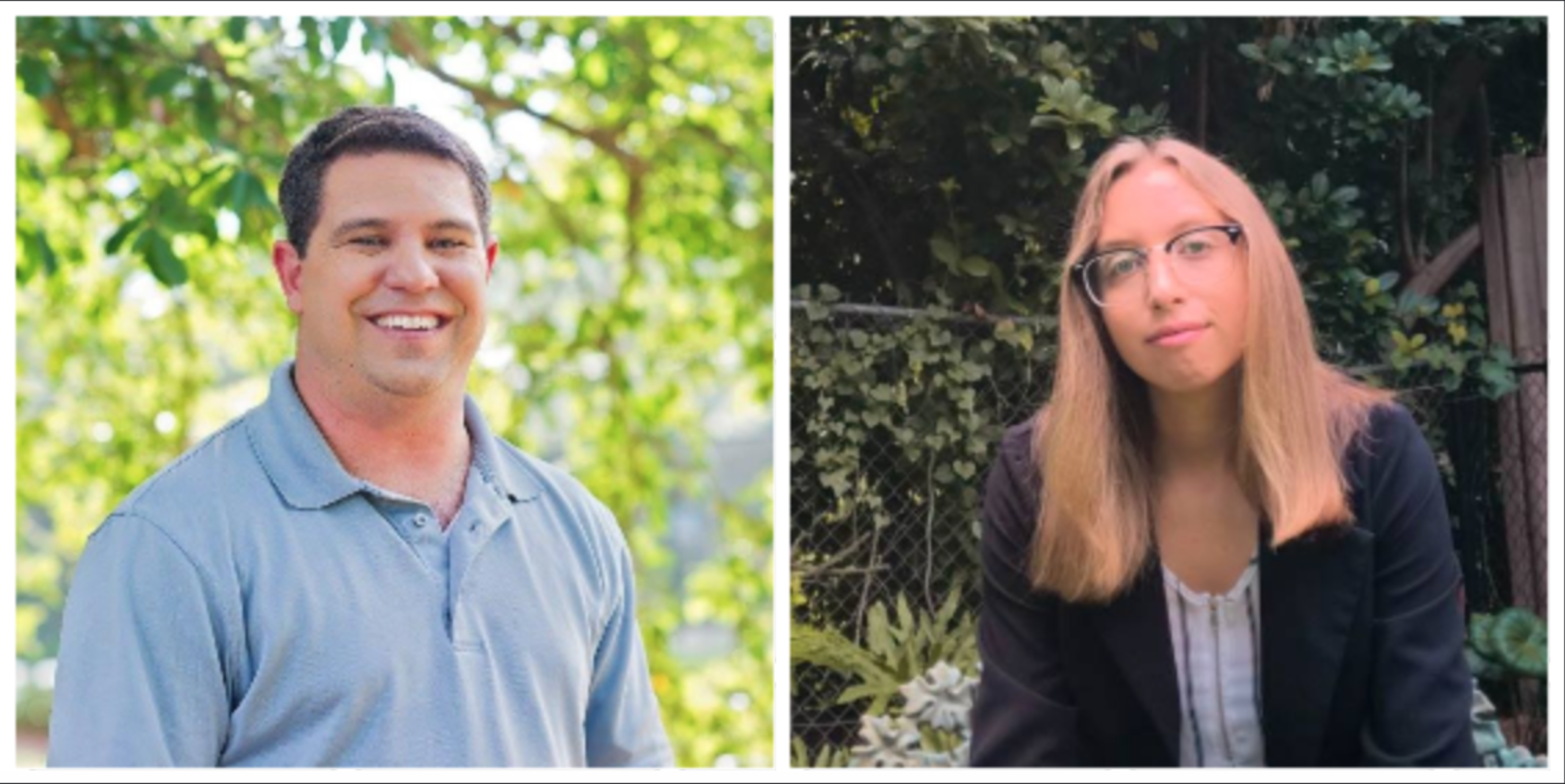 If a progressive Democrat can win in Florida’s 7th state senate district, then Heather Hunter’s chances are solid. Hunter is a young former Flagler College Democrat with a robust policy plan and the kind of political ambition that’s led to some extreme upsets across the country. But Travis Hutson has succeeded in remaining uncontroversial in a generally right-leaning district, which in most cases tends to be enough. The ability of Hunter to unseat the incumbent Hutson will largely depend on the degree to which Democrats vote down ballot this year. If, and only if, a large majority of Biden voters are committed to electing every Democrat they see, an upset might be in the cards. /// Predicted Margin: Between 15% and 20%.

Renner and Morley have faced off three times now, with this upcoming race being their fourth. Starting with a special election in 2015 and then regular contests in 2016 and 2018, Morley has been inching his way upward each time. Still, having only gone from a 34% defeat at first try to a 23% loss most recently, it’d take a huge leap for Adam to pull off the upset this time around. With innovative new campaign tactics and a historically high turnout in 2020, I predict Adam will make his biggest leap yet, but still come up short. /// Predicted Margin: Between 15% and 20%.

Both Staly and Jones are well-liked figures in Flagler County, but Staly’s first term popularity is near-unprecedented. The incumbent sheriff has had favorable statistics in his first four years, making him a tough man to campaign against. But Larry has seemingly won the full support of local Black Lives Matter participants, at a time when that movement has never been stronger. Like his fellow Democrats, Jones is probably banking on high turnout in other races to bolster his own contest. For now though, there’s no immediate reason to think Staly is under close threat. /// Predicted Margin: Between 35% and 40%.

This is one of the few local races with no incumbent, so there’s not a lot to go off of in terms of previous electoral history. Dance does come with one key advantage over Hermle, though: name recognition. The 12-year school board member has established himself as one of the most recognizable elected officials in the county, and has rarely drawn opposition for the seat he’s held. On the other hand, Corinne Hermle does bring an impressive resume to the table, including her accomplished tenure with the Florida Department of Agriculture & Consumer Services. Dance seems to have a slight edge over Hermle, but expect this to be one of the closer races on the ballot. /// Predicted Margin: Between 7% and 12%.

Three-person races are always a little less predictable, but Donald O’Brien still seems like a safe bet to win reelection. Denise Calderwood will likely place second, having established her name and good reputation over multiple runs since the turn of the century. Paul Anderson may present a dark horse threat, holding a unique voter appeal and trying unorthodox campaign tactics (Bitmoji anyone?) that have carved him his own niche in the county commission race. That said, while an O’Brien defeat is not impossible, it’s probably unlikely. /// Predicted Margin: Between 15% and 20%.

Judicial races are tough to predict. Voters don’t come in as well-informed, and a lot of times they just leave the choice blank. There’s no surefire way to gage who carries momentum, or what each candidate’s appeal is to potential voters. That being said, Joan Anthony appears to be popular among those who do follow the court races. Her appeal may be chipped at by aggressive campaign ads from Hilbert, but as it stands Anthony looks poised to take a close victory on November 3rd. /// Predicted Margin: Less than 5%.

The race for Palm Coast mayor has probably been the most tumultuous, dramatic race on the down ballot. Alliances have formed, jabs have been traded, and skeletons have been exhumed. At the onset of the race it seemed like Lowe was making huge gains as Holland seemed to flail. The incumbent mayor was taking hit after hit, from residual Coastal Cloud animosity to supposed RINO-ism to a TV ad many viewed as being racist. But in mid-October, the tides appeared to turn. Information came out that revealed Lowe had only first registered to vote in February, and had declared sovereign citizenship for himself back in the 90’s. As public opinion fluctuates wildly in both directions, there are a lot of possible scenarios in the mayoral race. Still, Lowe has a dedicated base that seems poised to carry him to a narrow win over Milissa Holland. /// Predicted Margin: Between 3% and 7%.

Call it the boldest prediction of this article, but I’m forecasting a Sims Jones win over opponent Ed Danko. Both candidates have a clear vision of the kind of voters they’re after; Danko reaches Flagler’s Trump Republicans, while Jones is appealing to minority communities and religious voters (he serves as a local pastor). Danko’s strategy of standing lockstep with Alan Lowe and with President Trump is strong, especially given Trump’s 11.7k margin of victory here in Flagler four years ago. But there’s a divide amongst Flagler Republicans this year, mostly framed around the Holland and Lowe factions in the mayoral race, with the potential to turn groups of Republicans against the Lowe/Danko/Barbosa crowd. Sims Jones, meanwhile, is taking advantage of a newly energized minority Democratic party here in Flagler County. He’d be aiming to win most all Democratic voters, a solid portion of religious independents, and maybe even some Republicans who don’t see eye to eye with Danko. As with any Democratic candidate, a Jones win would be an upset, but his victory seems the most plausible out of all the underdogs. /// Predicted Margin: Less than 5%. 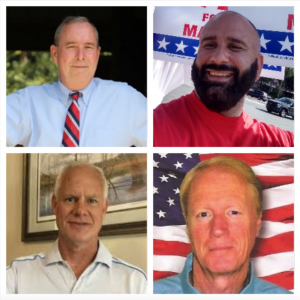 You know what’s harder than predicting a three-way race? Predicting a four-way race. And what’s more, all four of these candidates could plausibly win on election day. Barbosa and Alfin have been the most persistent about placing campaign signs around town, possibly cornering the market on name recognition. Still, McDonald and Coffman are both relatively well-known from previous elections. The key factor that suggests a Coffman win is that all three other candidates are Republicans, while Coffman stands as the lone Democrat. Theoretically, Alfin, Barbosa, and McDonald would split the Republican vote and allow Coffman to secure a plurality with nearly all Democratic voters in Palm Coast. Really, a lot could happen to tip the election in any given direction. Alfin is generally well-liked across the aisle, and Barbosa is looking to ride the momentum of Alan Lowe and Ed Danko’s MAGA coalition. Either of those factors could be deciding. Just don’t be surprised by any of these four candidates picking up the win on November 3rd. /// Predicted Margin: Between 5% and 15%.

Nick Klufas is a real love-him-or-hate-him city councilman. Those who appreciate the incumbent Republican typically like him a lot, what with his youthful approach and focus on technological innovation. On the other hand, those who dislike him tend to do so with fervor, demonstrated by former mayoral candidate Michael Schottey. Klufas is challenged by Cornelia Downing Manfre, a real estate broker and Fordham University alum. Manfre is running as a Democrat, and has spent her campaign appearing at local Democratic events and establishing one of the heaviest campaign sign presences in Flagler County. Though Manfre has done well to establish her own accomplishments as a budding new political figure, some may only see Manfre within the context of her husband, former Flagler sheriff Jim Manfre. How that would affect Manfre’s election chances is still to be seen, but for now it’s safe to predict the incumbent Klufas will secure another term. /// Predicted Margin: Between 20% and 30%.