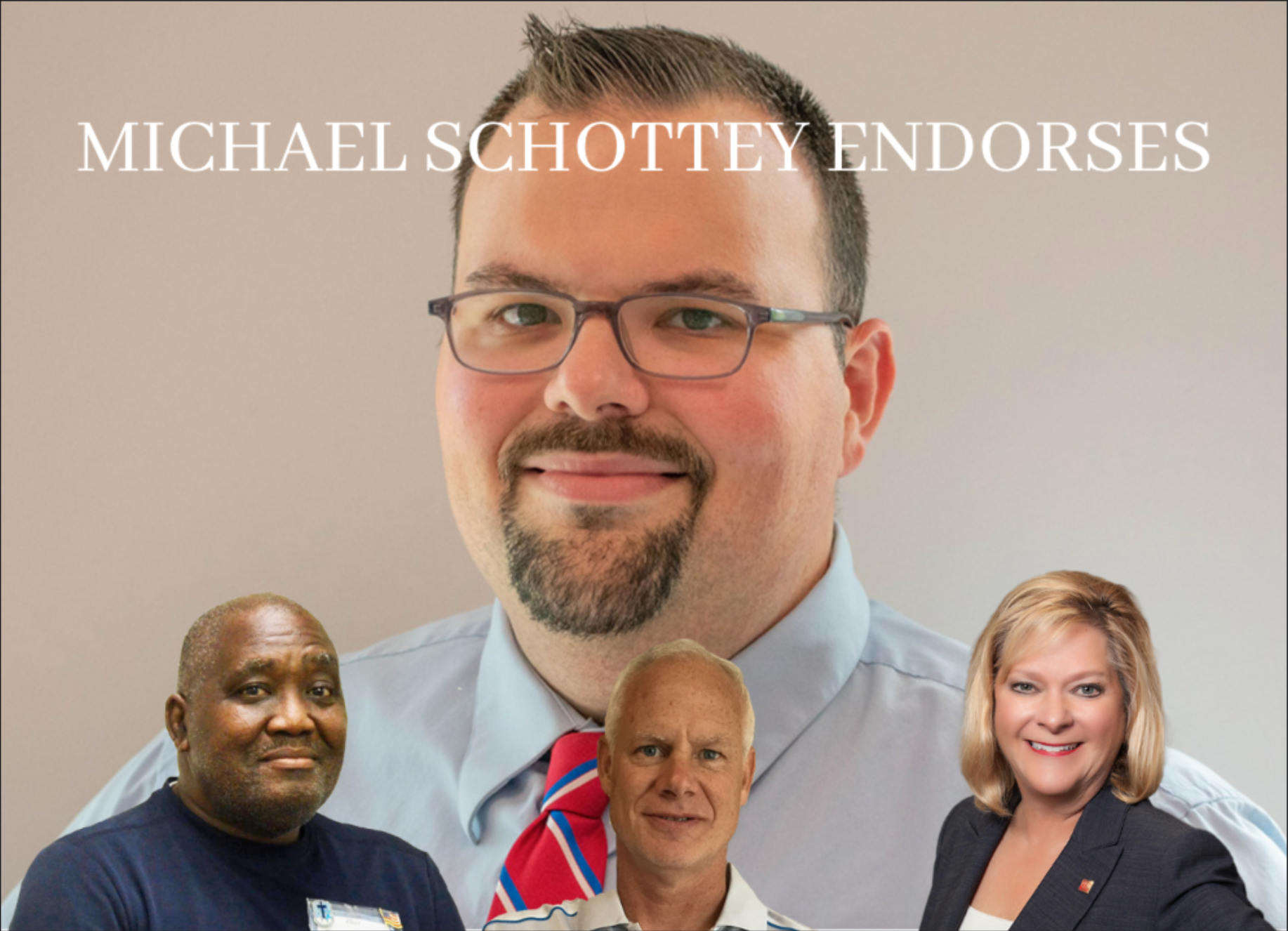 Former Palm Coast Mayor candidate Michael Schottey made waves this week when he reached across the political aisle to endorse Alan Lowe for that position. Now, he’s back with three more endorsements. Schottey has chosen candidates in each of the three City Council races: Sims Jones, Bob Coffman, and Cornelia Downing-Manfre.

Schottey’s endorsement of Lowe was surprising to some because of their opposing national politics; Lowe is a Trump-supporting Republican, Schottey is a registered Democrat. With these three new endorsements, however, Schottey picks the Democratic candidate on all three counts.

What follows is an essay from Schottey explaining each of his new endorsements.

“In a presidential election year with so much division and so much else going on in our county, country and world, it’s understandable that many people are absolutely lost on who to vote for in down-ballot races–not only in Palm Coast and Flagler County, but across the County as a whole.

“Yet, no matter who your national politician of choice may be, the day-to-day impact that your president, senator, or congressperson might really have on your life in Flagler County pales in comparison to the “lesser” seats on the ballot. These are important roles in government–even if they don’t get the headlines on whatever your favorite cable news station happens to be.

“Having seen many of these candidates up close and personal over the last few years working in local government as well as with local nonprofits and in the business community, I want to thank the team at AskFlagler for asking me for my endorsements for these races.”

“I wrote an entire separate post for AskFlagler endorsing Alan Lowe for Mayor, so I won’t belabor the point here. That said, although my first choice for the position I ran for should be obvious, Alan had been my clear second choice for quite some time as I got to learn more about the other candidates. Regardless of where you stand on national politics, Milissa Holland is a bad leader with bad intentions for this city. Don’t let Lowe’s choice of hat color confuse that.” 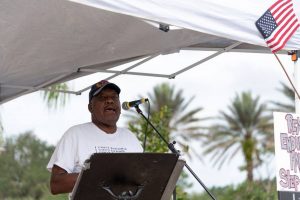 Sims Jones speaks at a rally at the Bunnell courthouse. ⓒ Stephen Helfrich

hat said, Danko burned every bridge in his previous town and moved to Palm Coast, to immediately begin running for office. Yet, although he’s been running for almost a year now, I still have no idea what he stands for outside of his choice for president and that he would like your vote. As I’ve gotten to know Sims Jones, it’s clear there couldn’t be a starker contrast from Danko’s bombast. Pastor Jones is willing to listen more than he speaks and is as willing as any candidate in the race on the ballot to admit he doesn’t already have all the answers.”

“Purely looking at resumes, Coffman stands head and shoulders above the bunch in this special election for the seat vacated by Col. Jack Howell. Like Howell, Coffman is a veteran and a pilot and is approaching the council seat not as a resume padder but as an opportunity to serve after a long and distinguished career. Compare that to Alfin who is running to replace Bob Cuff to vote alongside Holland and McDonald/Barbosa who have positioned themselves as anti-establishment gadflies, and Coffman is an easy choice. I don’t want to spend a lot of time bashing the other challengers in this four-way race, but I’ll say this: regardless of my various personal opinions about the other candidates or differences in our approaches to government, none can hold a candle to Coffman in terms of ability to step in and lead from Day 1.”

“Although I ran for mayor and campaigned against Milissa Holland, the local candidate I am most disappointed with and wish to see out of office the most is actually Nick Klufas, who I view as nothing more than a weak-willed politician who has learned to talk a big game but doesn’t seem to hold any actual opinions. Take, for instance, his run four years ago when he literally did not say much about anything other than his belief in the city’s municipal fiber network. Fast forward to the present and very little has been done in that regard because Klufas has spent four years as nothing more than Holland’s second vote. Contrast that with Cornelia Manfre who has actually been doing economic development over the past years while others just talk in platitudes about it. Her background is that of a top notch decision maker who has shattered glass ceilings on stages much larger than Palm Coast. Although I believe in all of my endorsements, none are as full-throated as my support for Cornelia Manfre.”

Our thanks to Michael Schottey for choosing AskFlagler to reveal his endorsements.

Advertisement. Scroll to continue reading.
In this article: