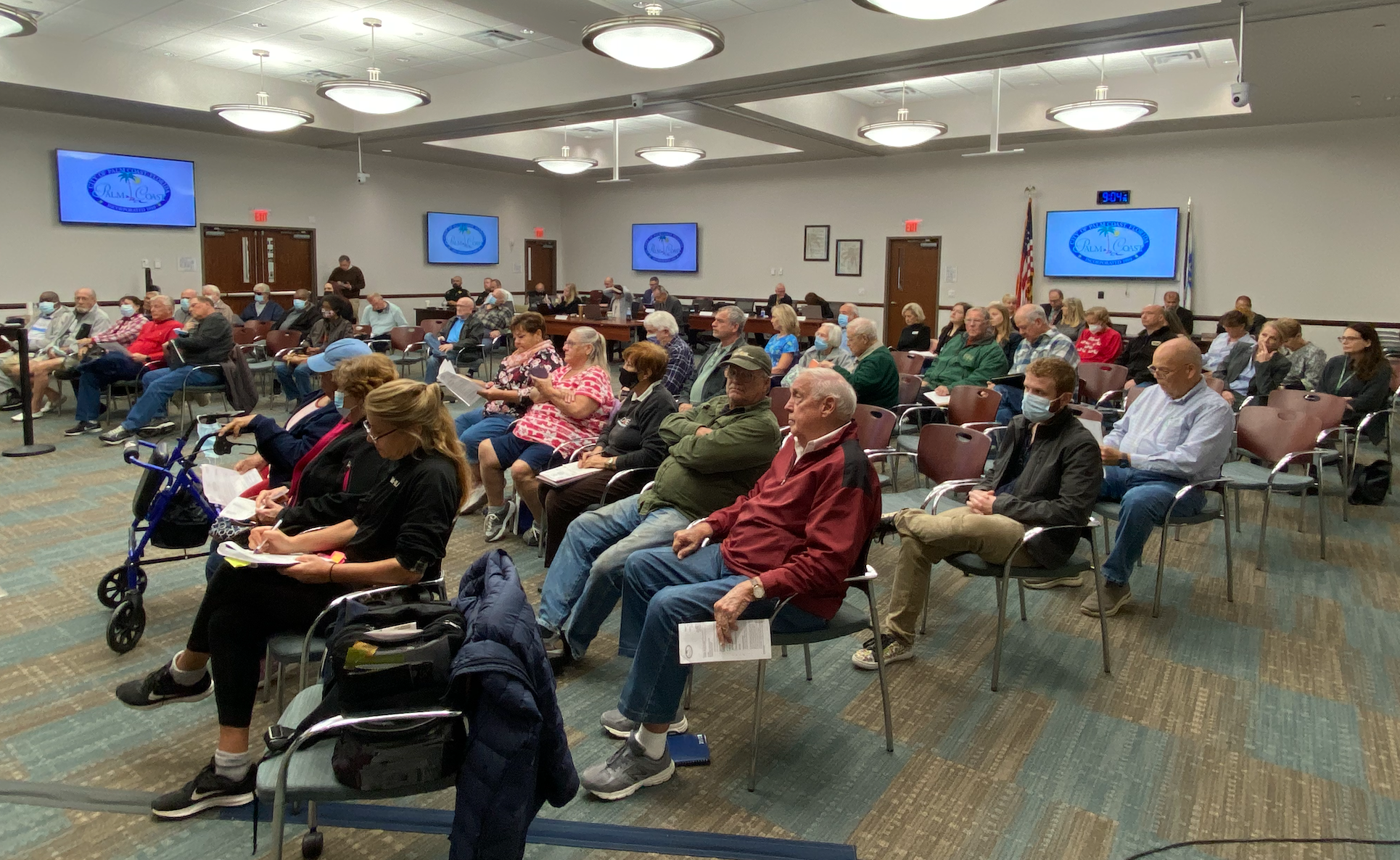 Palm Coast residents have taken up a pair of new causes in recent weeks: advocates have approached the City Council lobbying for renewed dredging of the C section canals, and for the construction of a new public swimming pool. Though each of the 13 speakers in the meeting’s public comment section who addressed one of the two (20 total people spoke) mostly stuck to one or the other, many offered words of support for each other’s cause as well.

Each of the first five commenters made mention of their desire for a new pool. It is, in their view, time to address the growing population and add to the existing two: the Frieda Zamba Pool and the Belle Terre Swim & Racquet Club. The former pool is closed about half of the year, and the latter is only so staffed up when it is open, to accommodate considerable crowds.

Still, public pools are a pricey venture. The Council faced considerable opposition the last time it approved a large public amenity in the form of a multimillion dollar tennis & racquet facility. A public pool would likely be pushing into a similar price range in the low millions, though it’s tough to pinpoint a reliable figure when everything from the square footage to the staffing needs is entirely speculative. City staff would likely be tasked with providing the Council a ballpark cost projection before serious discussions about advancing on the project began.

The City of Palm Coast has a $2.4 million earmarked for improvements at Frieda Zamba Pool, according to the Capital Projects Fund obtained by AskFlagler via public record request. An additional $100k is set aside for ‘pool assessment’ at the Belle Terre Swim & Racquet Club pool. Nothing in the same Capital Projects Fund is allotted for the construction of a new pool.

Outlined in red are the line items relevant to the Frieda Zamba Pool.

Is the public’s other concern, canal dredging, any more likely to happen? Speculatively speaking, probably. There aren’t many residents who disagree that the canals are overdue for the project. Councilman Ed Danko has been forthright about his wishes to move forward with a dredging project. “It’s part of our city,” Danko said back in October when the Council previously cogitated the issue. Councilman Danko speculated a cost upwards of $40,000 in an interview with the Palm Coast Observer in April of last year.

Back up a step. What exactly is the dredging problem? Thousands of Palm Coast’s residents live in the C Section, an informal neighborhood which largely exists along a system of saltwater canals on the northeast side of town. The canals provide access to the ocean for Palm Coast’s boating community, a resource for fishing and waterside activities, and a source of beautification unique to that section of the city. They are considered one of Palm Coast’s premier amenities.

For proponents of dredging, the issue is that in the years since the canals were dredged last, a buildup of debris and silt at the bottom has either risen the waterline or generally shallowed the canals (or a combination of both). The process of dredging would remove excess material from the bottom and give the canals back some of their original depth. 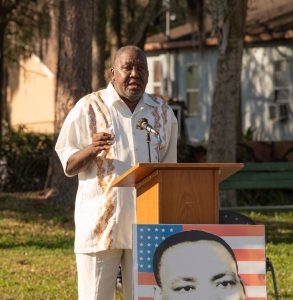 Sims Jones, shown here at a Martin Luther King Day event on Saturday, is a champion for dredging the canals. ⓒ Stephen Helfrich

There are, however, a certain number of residents who are skeptical about the project. As with the pool, it all falls back on cost. A proper dredging project would easily cost multiple millions of dollars, and likely take years to complete. The saltwater canals occupy 23 miles; if they were considered their own road, it’d be the longest one in Palm Coast. And as some have pointed out, though the canals the city’s largest amenity, they serve a finite number of residents.

“I think the City Council should really look more into it,” said 2022 Council candidate Sims Jones earlier this month. After running unsuccessfully in 2016 and 2020, the Democratic local pastor Jones has made the canals a focal issue for his ’22 campaign. “[The canals] need remedies. What is the City doing to rectify those situations?” he remarked after hearing several of the public commenters’ stories. Jones’ opponent in the race, Alan Lowe, was among the speakers about the canals and is largely on the same page as Jones, having long been an advocate for new dredging.

Is either project likely to happen? Probably not for awhile. But with the sheer number of residents showing up for both, they stand a good chance of appearing on a meeting agenda one day soon. It’s likely the canals will come up before the pool, as they’ve been at the forefront of discussion for longer and have momentum in public opinion. Both are worth staying in tune with.