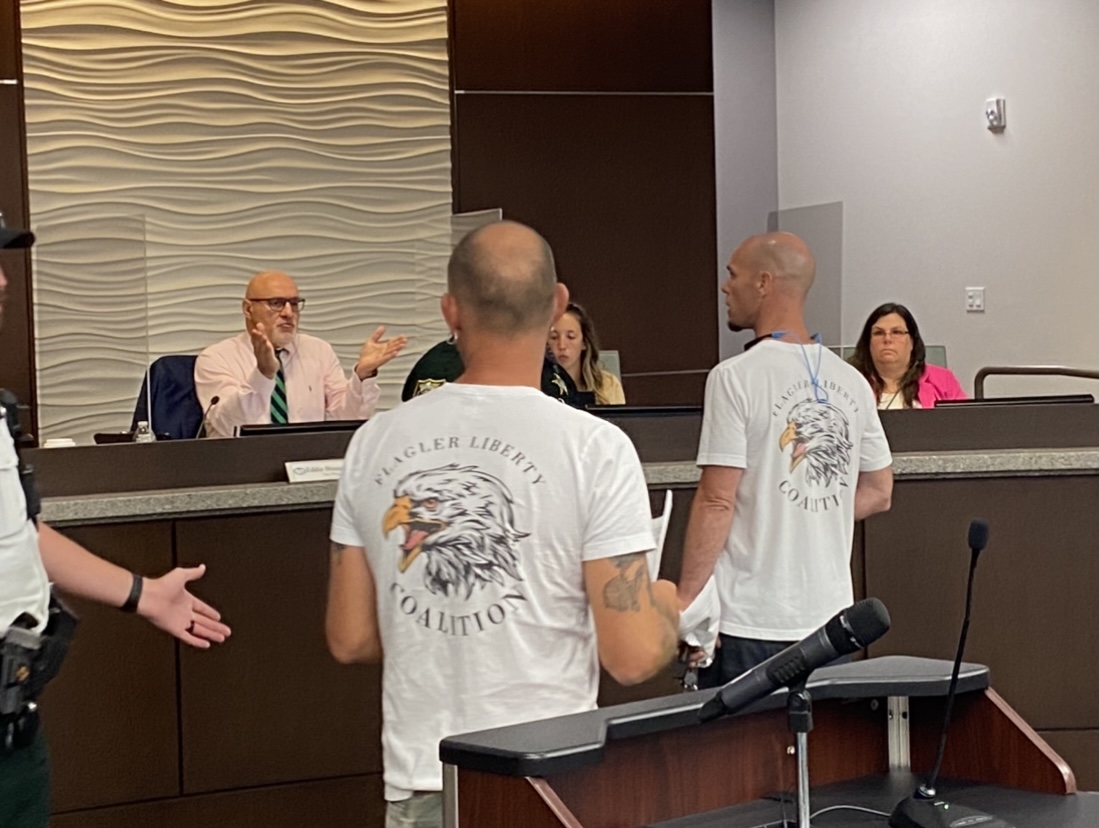 Mark Phillips, who was trespassed after approaching the Mayor’s seat during a May 4th City Council meeting, has now had that ban lifted. The decision was made to trespass Phillips from the City Hall premises on May 6th, two days after the confrontation occurred. In the initial event, the Council voted 3-2 to approve plans to construct new tennis and pickleball facilities, an item which had drawn considerable ire from parts of the population along with enthusiastic support from others. Many had attended the evening’s meeting to express their opposition to the courts, and several stood up to leave following what they saw as an undesirable outcome. Phillips was among these attendees.

Minutes after many left the room, Phillips re-entered the Council chambers. In subsequent explanations, he stated that he was under the impression the meeting was adjourned, and that it was appropriate for residents to then approach members of the Council. In reality, there were still items left on the meeting’s agenda, and the things were still underway.

Phillips walked with purpose toward the Council’s dais, intent on voicing his frustrations to then-Mayor Milissa Holland. He was stopped by a FCSO deputy shortly after passing the speakers’ podium, and escorted out of the room. Holland loudly objected as Phillips walked closer, seeming to draw a surprised reaction from him. 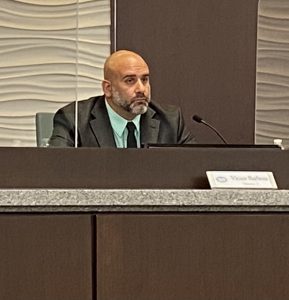 It was two days later when Phillips received a letter notifying him that he’d been trespassed from City Hall. The letter stated that the action had been taken at the request of then-City Manager Matt Morton, who was speaking at the time of Phillips’ approach. Immediately following the incident, Phillips vowed to fight the decision.

In a subsequent letter sent by interim City Manager Denise Bevan on Wednesday, Phillips was informed the trespass was lifted, and that City Clerk Virginia Smith would be cancelling an upcoming appeal hearing. The letter to Phillips read:

“I have received a copy of your appeal letter sent to the City Clerk requesting an appeal to your trespass issued to you by the Flagler County Sheriff’s Office.

Please understand that public safety is of great concern to the residents and the City of Palm Coast. By understanding and following the rules of the Council chambers, you are welcome to return to City Hall.

Also CC’ed in the letter were City Attorney Bill Reischmann, City Clerk Virginia Smith, and FCSO City of Palm Coast liaison, Commander Phil Reynolds. Councilman Victor Barbosa approved of the interim Manager’s decision, stating: “Obviously city management reviewed the matter and decided that the no trespass should be lifted. As Ms. Bevan stated in her letter, public safety is a must in the council chamber. With that being said, it’s good to see a process where his voice was heard and he was able to have the trespass removed.”

Mark Phillips was also pleased with Bevan’s decision to allow him back. He stated in comments given to AskFlagler:

“It was great to see that the interim city manager Denise Bevan took the time to review the tape, and determine that a hearing was not necessary. It also shows how far off base some council members, the previous city manger , and the previous mayor were in their comments, as well as some local media. Looking forward to returning to city hall.”

Asked when he planned to return to a City Council meeting, Phillips said he’d be back as soon as his schedule allowed. 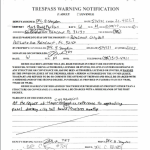 The initial letter sent to Phillips by the Flagler County Sheriff’s Office informing him of the trespass. 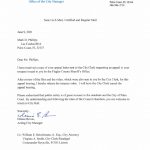 The May 4th City Council meeting can be viewed in full at the link below. Phillips can first be seen approaching Holland at 2:23:25.