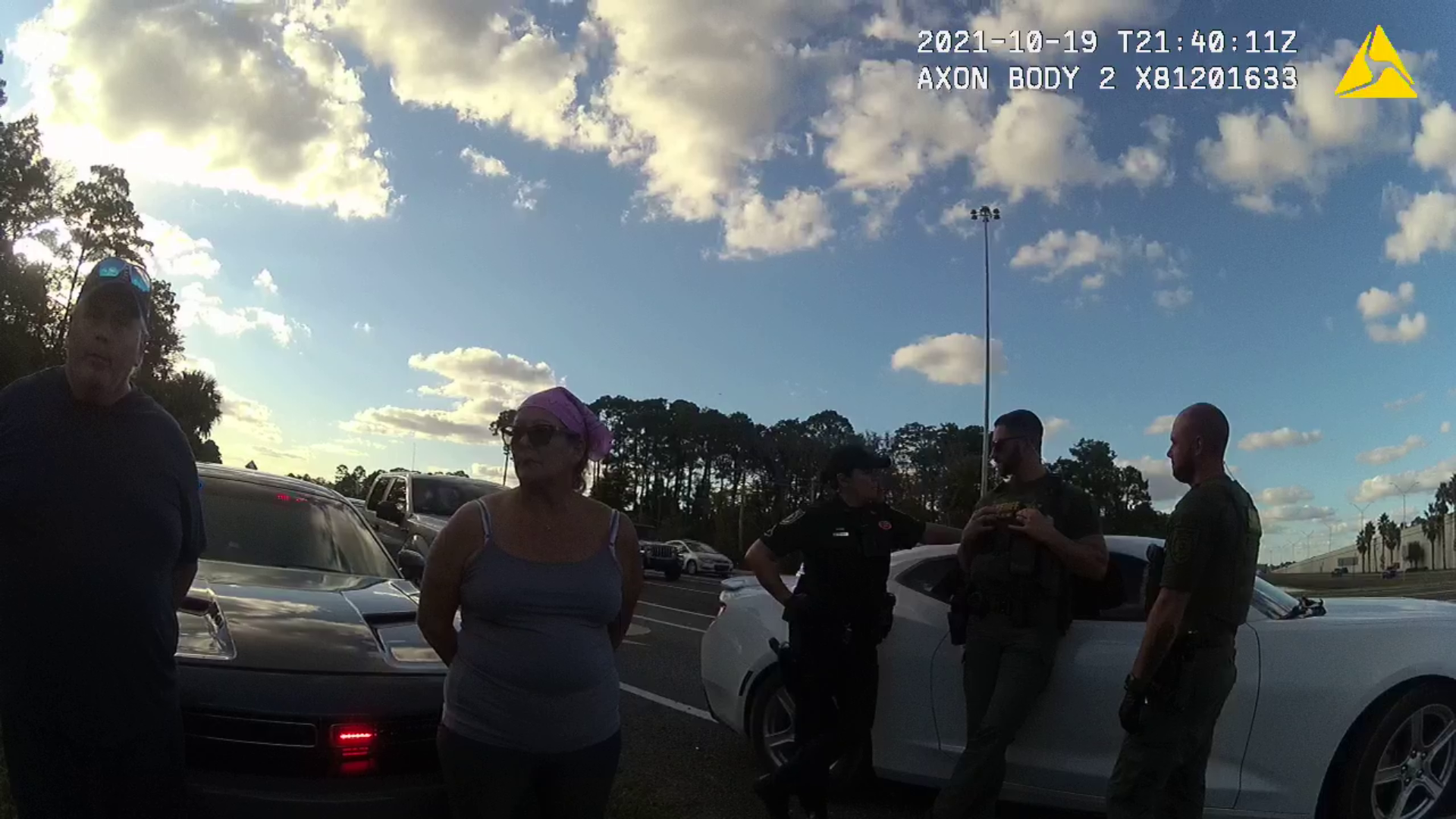 On October 19, 2021, the Flagler County Sheriff’s Office (FCSO) conducted a traffic stop at the intersection of State Road 100 and I-95 on an SUV whose registered owner had a nationwide warrant out of Missouri. It was discovered that both occupants of the vehicle, identified as Stephen Toner (DOB: 11/20/1964) and Leah Music (DOB: 3/13/1971) were wanted out of state fugitives.

Music was driving the vehicle when FCSO received an alert of a vehicle registered to a wanted person. Deputies immediately secured the passenger, Toner, and confirmed his warrant status. He was wanted in Missouri for a Violation of Probation for Forgery and Failure to Appear for Larceny. The identity of the driver was then confirmed and deputies were informed that she was wanted in Pennsylvania for Violation of Probation for Forgery and Identity Theft.

Both subjects were arrested and a search of the vehicle was conducted. Deputies located a hat on the rear passenger floorboard containing two glass pipes and a small green container. The container was filled with a crystal-like substance, confirmed to be crack cocaine upon field testing. Another glass pipe was located on Toner in his right front pocket during a search.

Music has previously been charged in Florida for Aggravated Assault with a Deadly Weapon, Ordinance Violation, Aggravated Battery, Battery on a Law Enforcement Officer, Criminal Mischief, Disorderly Intoxication, Resist Officer with Violence, Passing Counterfeit Bill/Check, Uttering a Forged Check, Driving While License Suspended, Use of Motor Vehicle when Committing a Felony, and Petit Theft. She’s also been charged in multiple states for Receiving Stolen Property, Use or Possess with Intent to Use Drugs, Fleeing in an Attempt to Elude Officer, Obstructing Justice, and Theft by Deception.

“Here are two career criminals who’ve made names for themselves throughout our country but made the mistake of coming to Flagler County,” Sheriff Rick Staly said. “They’ve been hiding and fleeing from facing justice for three years after being charged for dozens of crimes. I’m proud of our deputies who were able to locate and identify these fugitives before they could prey on our community and end their run from the law. A reminder to criminals that you can run, but you can’t hide in Flagler County. We will find you and we will make you face the consequences for your crimes!”