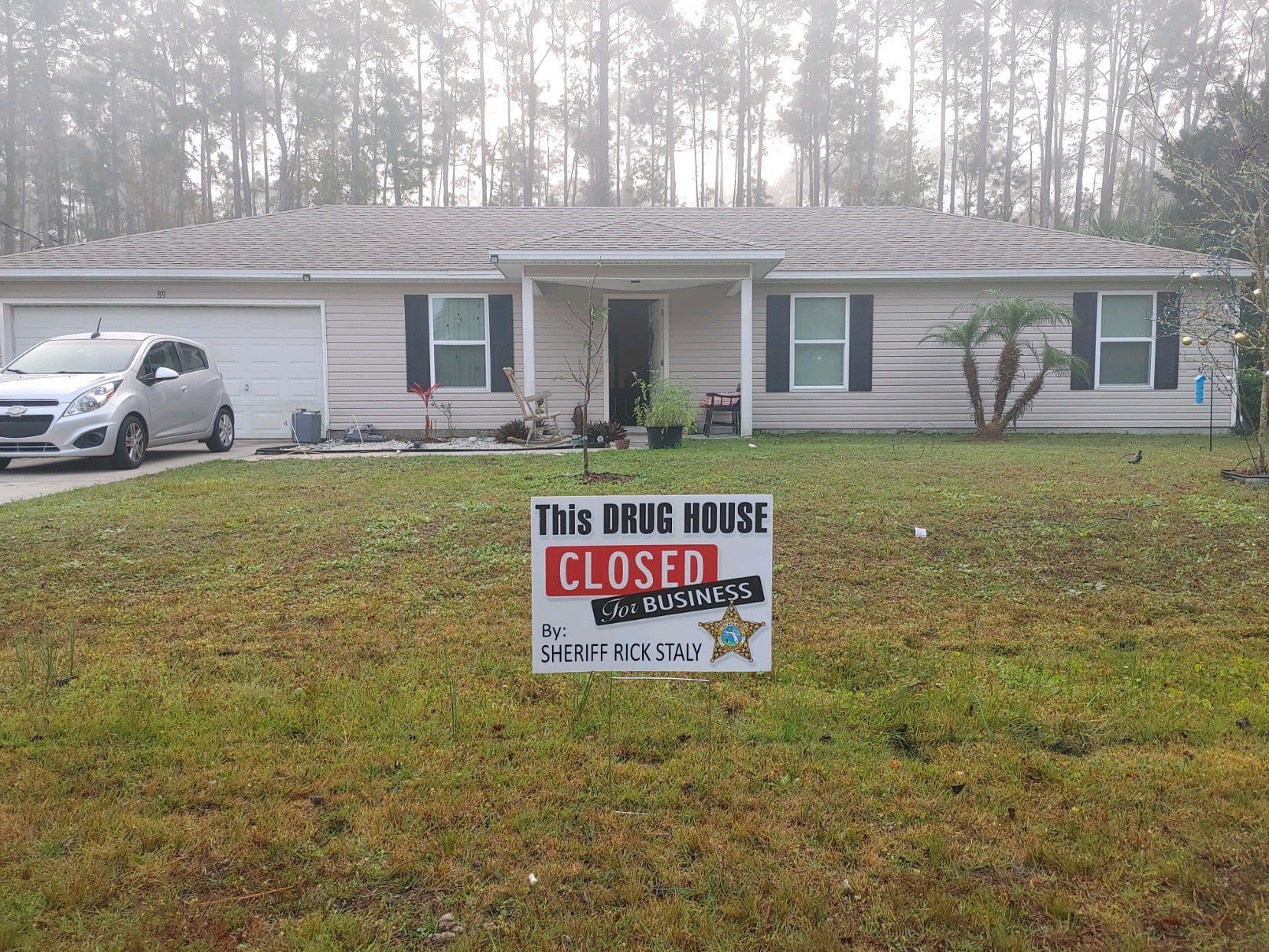 The Flagler Sheriff's Office frequently places signs such as these to inform neighbors that a drug house has been busted. Photo courtesy of the FCSO.
ADVERTISEMENT

The Flagler County Sheriff’s Office Special Investigations Unit made one arrest after executing a search warrant Thursday on Pony Express Drive in Palm Coast. Russell Laster, the 49 year-old resident of 89 Pony Express Drive, was arrested on charges of Possession of Fentanyl with Intent to Sell and Possession of Drug Paraphernalia. 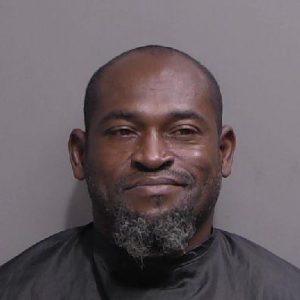 Laster’s mugshot, courtesy of the FCSO.

According to a press release from FCSO on Thursday, the FCSO SIU worked in conjunction with a SWAT team to execute the search warrant and seize evidence. Deputies found .22 grams of a gray powdery substance in the bedroom which would later test positive for fentanyl. Several pieces of drug paraphernalia, including a smoking instrument with gray powder residue and a digital scale and plastic bag, were recovered.

Priors for Laster include Failure to Pay Child Support, Domestic Battery, and Driving with a Suspended/Revoked/Cancelled License. His criminal record with the FCSO began in September of 2007, and was most recently updated in March of 2020. As evidence was being collected from his home on Thursday, Laster was said to have muttered, “that weed and shit is mine.”

“This just goes to show you that we will continue to shut down illegal drug operations and houses,” said Flagler Sheriff Rick Staly. “Our SIU and SWAT team did another great job and now he has new accommodations to welcome in the New Year at the Green Roof Inn. If you want to sell or buy illegal drugs in Flagler County, we will find you and we will bring you to jail. If you suspect drug dealing that is ruining your quality of life in your neighborhood, send us a tip to Tips@flaglersheriff.com.”