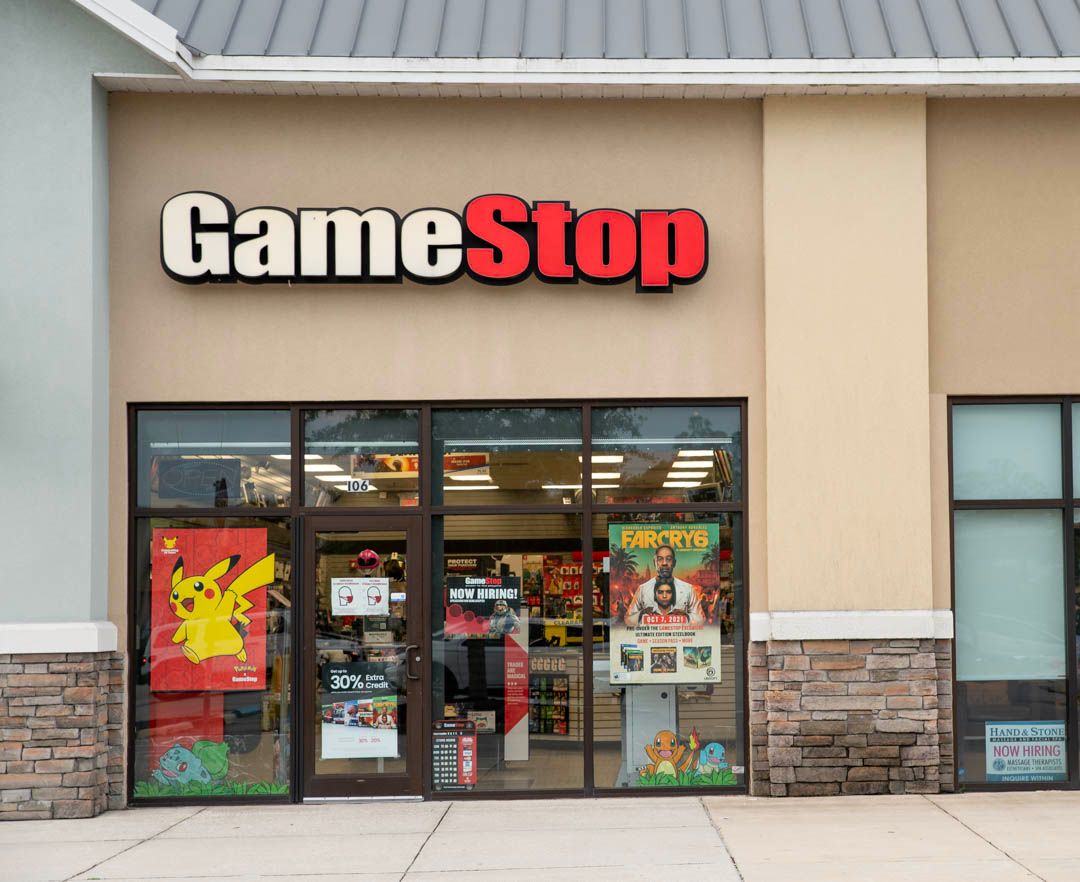 The Flagler County Sheriff’s Office arrested the subject of an attempted robbery reported at the GameStop store within the Target shopping center on State Road 100. The robbery was reported from the store, and Sheriff’s deputies arrested the assailant near the Olive Garden restaurant just east of GameStop.

The incident, which occurred shortly after 11:00 am, saw the suspect pointing what appeared to be a firearm at a GameStop employee, and demanding the cash from the register. The employee complied, and the assailant left.

The Flagler Sheriff’s Office advised residents to stay clear of the Olive Garden area as the arrest took place, but also added that there was no further threat to the community. Flagler Live reports that the assailant had discarded a replica firearm after the robbery, but that he still stands to be charged for armed robbery regardless of the authenticity of the gun.

The individual in question was said to be a young, white male. The location of the robbery was first discovered by AskFlagler minutes after it occurred, and reported more extensively by Flagler Live shortly thereafter.

More information will be added to this story as it becomes available. The Flagler County Sheriff’s Office will update the public at some time during the day. 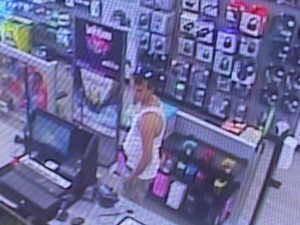 UPDATE 9/15, 1:22 pm: The Flagler County Sheriff’s Office has advised that the suspect was a student who left campus at Flagler Palm Coast High School to carry out the robbery. The student, 15 year-old Skyler Thomas, was enrolled at the Rise Up program offered by Flagler Schools at the Youth Center, and was not a student of FPCHS itself.

The GameStop employee recounted Thomas walking around the store with a gun before telling her, “I’m not going to hurt you, I just want the money in the register.” Thomas left with the money and discarded the fake gun into a stream near Olive Garden in the same shopping center.

The Real Time Crime Center alerted school resource deputies on the radio, and deputies quickly responded by securing FPCHS. A resource deputy then identified an individual matching the description of the suspect walking on the sidewalk back toward FPC. The deputy ordered the suspect to get on the ground and show his hands. The suspect was compliant throughout the process.

Thomas told law enforcement that he “wasn’t trying to hurt anyone.” The stolen money was recovered. In 2019, Thomas was charged by the Bunnell Police Department with Aggravated Assault with a Deadly Weapon Without Intent to Kill and Conspiracy to Commit Capital Felony – Murder. He participated in a residential treatment program facilitated by the Department of Juvenile Justice, and had been placed on probation.

“This kid attempted an armed robbery in the middle of the day and thankfully no one was hurt,” Sheriff Rick Staly said. “This kid is on his way to being a lifelong serious criminal. I hope the juvenile justice system can get him turned around before it’s too late and he spends his life in prison or he seriously hurts someone.”

Thomas is being held at the Sheriff Perry Hall Inmate Facility on charges of Armed Robbery, Petit Theft, and Violation of Probation.

The video of the arrest was provided by the Flagler County Sheriff’s Office here: