The following is a written explanation from Michael Schottey detailing his endorsement, followed by a response from Alan Lowe.

When I walked into the Portuguese American Cultural Center for the one and only debate of the primary election, I had a lot of preconceived notions.

By then, I already knew that Milissa Holland wasn’t showing up because she had refused to work with the Daytona Beach News-Journal on the month-long process of finding a date, only to claim at the last moment that she had a conflict. I also generally knew the other candidates and had every reason to believe the evening would be utilized by each of us to position ourselves against an incumbent with extremely high name recognition but middling likability. All that came true.

One of my preconceived notions, however, was blown out of the water. Although some of his supporters made it their goal in life to trash anything my campaign did on social media (and were downright nasty in the process), I found myself talking to Alan Lowe both before and after the event. We found plenty of common ground during the debate itself, but it was in the quiet, unbroadcast moments that I realized he wasn’t the sum of the rudest of his supporters. I enjoyed my time getting to know him and remarked to many people after the event that they had been wrong about him and even told my wife that night that if I couldn’t get the job myself, I’d be voting for Lowe.

After the primary, which saw Lowe take second and Holland vastly underperform her results from four years ago, Lowe reached out almost immediately to look for common ground once again. The two of us make an odd set of dining companions, as we agree on almost nothing when it comes to extremely divisive national politics. However, in a world where Donald Trump and Joe Biden (along with most senators and congressmen) couldn’t find Flagler County on a map with a full set of lifelines, Lowe and I line up pretty nicely when it comes to what’s best for the city both of us love.

I’ve long been on the record as to why I decided to run against Holland and I still wholeheartedly believe the state ethics commission will have something to say about her corruption when they meet later in October.

Rather than continuing to focus on her wrongdoings, however, Here is why I’m voting for Alan Lowe this November.

Finally, I want to speak directly to any registered democrats or independents reading this who might be holding their nose and voting for Holland because they believe she is the “lesser of two evils” in comparison to a full-fledged member of the “Trump Republican Club.” That misconception couldn’t be further from the truth.

In reality, when the worst of the “Tea Party” was clinging to their offices with birther conspiracies about President Obama and Donald Trump was rising quickly up the ranks of the Republican Party, Milissa Holland decided to switch her lifelong political affiliation (which sh 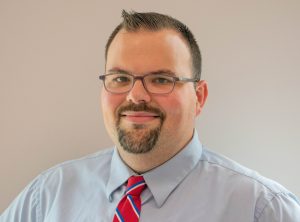 Michael Scottey was one of two Democrats who ran for Mayor in 2020. Neither he nor John Brady, his fellow Democrat, advanced to the upcoming general election. ⓒ Palm Coast

e had once vowed never to do, as it was also the lifelong political affiliation of her father) to support Trump and the rest of the Republicans. She is a crass, corrupt political operative who lies just as easily as the president local democrats claim to hate and treats the people of Palm Coast (even her supporters) with the exact same level of contempt. She has the full support of the Republican Party (see: Hutson and Renner endorsements along with Mori Houseini’s $10K in donations) and has never, ever taken any action to say anything but political doublespeak about the local Trump standard bearers like Joe Mullins—whom she absolutely trashes in private but maintains as a close political ally in public.

Moreover, the ONLY litmus test for Holland is unabashed and unqualified loyalty. Since City Manager Matt Morton took over, over a dozen good city employees have lost their jobs simply for asking the wrong kinds of questions about the ethics or legality of some of the mayors actions.

The fact that she was a lifelong Democrat shouldn’t be a positive for any Democratic voters. It should be disqualifying.

Do I think Alan Lowe will be a perfect mayor? No, but from the night we met at the primary debate he was always my second choice after myself for the position. I believe he knows what he doesn’t know and is seeking to learn by asking the right questions. I trust that he will do his best for the people of Palm Coast where Holland has failed us time and time again.

I will be proud to cast my vote for Alan Lowe and I invite you to join me.

I met Mike Schottey in person the night of the primary debate and was also happy to see there was considerable local level agreement. I know it took a lot for Mr. Schottey to endorse me and will no doubt receive backlash For it. Our mutual goals, as well as all the candidates opposing Holland, align on making Palm Coast the best possible community to call home. I thank Mr. Schottey for the

endorsement and will call on him in the future to help make our goals a reality.

AskFlagler has reached out to Milissa Holland for response, but has not yet heard back. We thank Michael Schottey for choosing us to announce his endorsement.