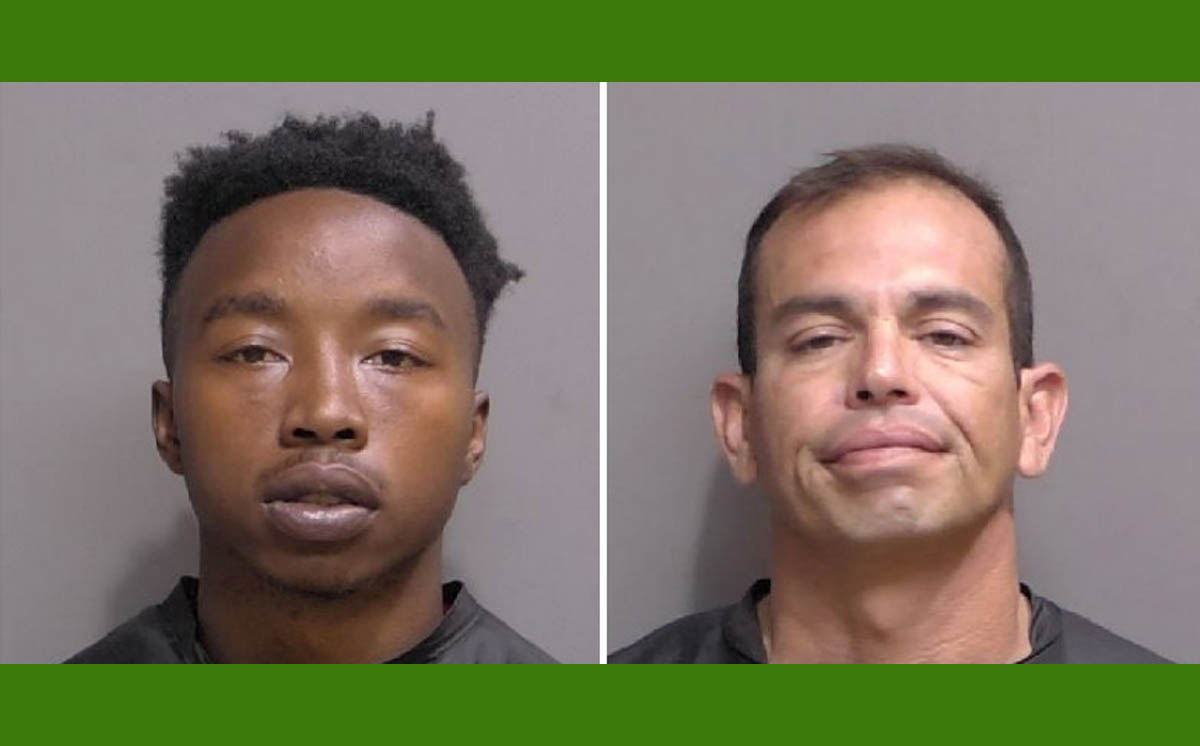 Two dangerous fugitives are behind bars at the Sheriff Perry Hall Inmate Detention Facility after proactive policing led to their arrests. Both repeat offenders, identified as 22-year-old Leo Rollins and 42-year-old Daniel Catalan, are being held on no bond after being arrested for felony arrest warrants for Violation of Probation for multiple violent crimes.

Wednesday morning, deputies were conducting traffic enforcement in Palm Coast’s “P” Section when Catalan was recognized for his active warrants at a Palmwood Drive residence. Catalan was wanted in Flagler County for a Violation of Probation for Aggravated Assault with a Deadly Weapon and Written Threats to Kill/Do Bodily Harm.

Later around 4 p.m. Wednesday, Rollins was apprehended by the U.S. Marshal’s Task Force for multiple felony warrants from St. John’s County for violent crimes. He was also wanted in Flagler County for an active misdemeanor warrant for Failing to Appear for Driving Without a License. Rollins was wanted in St. John’s County for Animal Torture- Inflict Pain/Serious Physical Injury or Death, Violation of Probation reference Domestic Battery, Aggravated Assault with a Deadly Weapon, Firing a Weapon in Public or Residential Property and Possession of Weapon/Ammo in Violation of Domestic Violence Injunction in reference to Cyberstalking.

“Here’s another case of fugitives running from the law and trying to hide in Flagler County,” Sheriff Rick Staly said. “These two dangerous criminals think they’re above the law and can get away with their crimes. Well I’m here to remind them that they can’t hide in Flagler County! This was a team effort by all involved and they are back behind bars where they belong.” Both Catalan and Rollin’s were arrested for active warrants without incident. They’re back behind bars at the Sheriff Perry Hall Inmate Detention Facility and are being held on no bond.