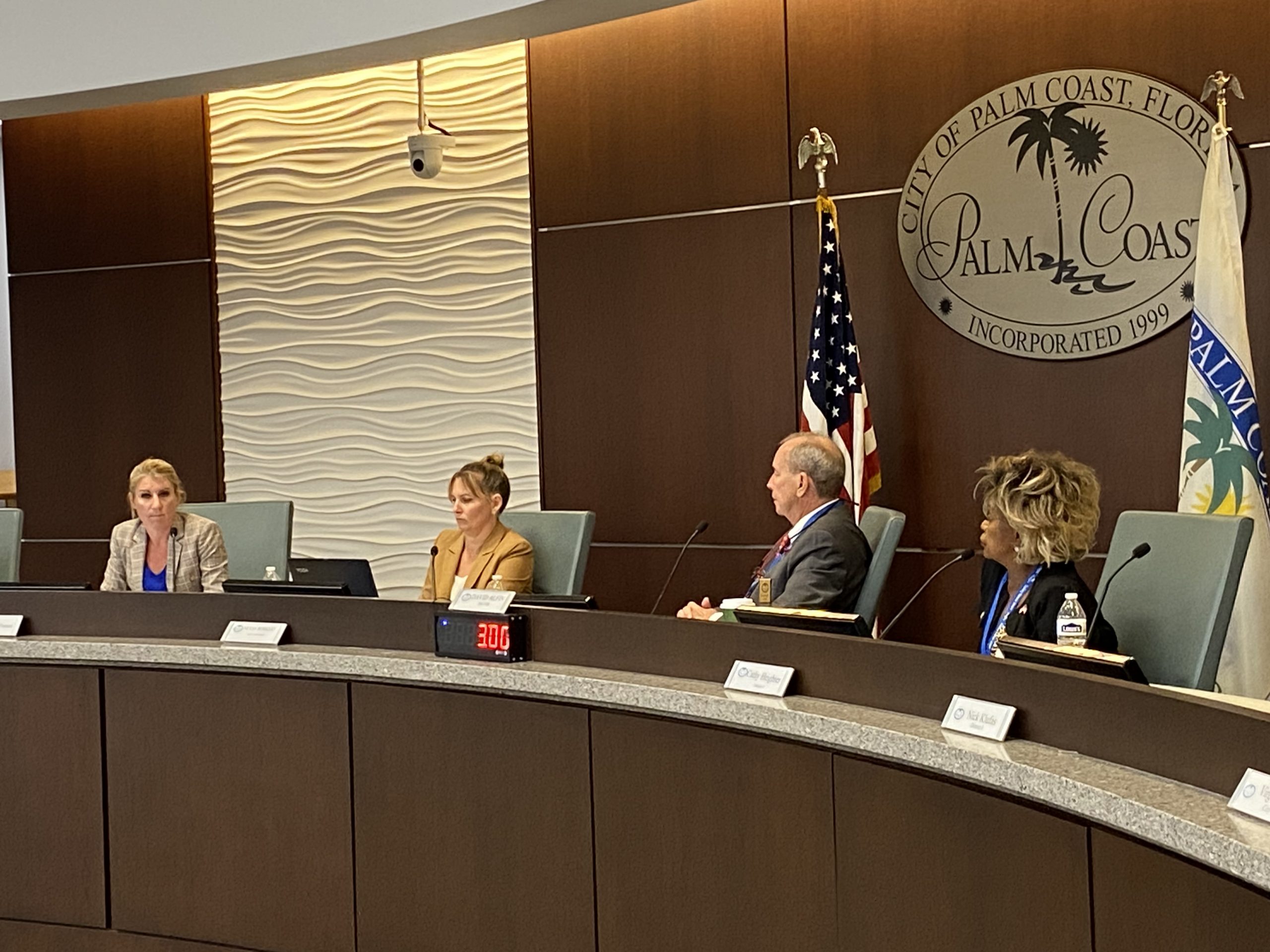 PALM COAST – The Palm Coast City Council on Tuesday approved a new lease agreement for the restaurant building at the Palm Harbor Golf Course. The building, currently occupied by the Green Lion Café, will soon become home to Loopers. The change is the result of a lengthy and and at times heated breakdown of relations between the City Council and the owners of the Green Lion, leading to a lease termination.

The process of the city’s divorce with the Green Lion began early in the year, when members of the Council took aim at a deal forged by a previous Council. Only Councilman Nick Klufas remained from the Council which made the original deal, and so the considerably changed lineup resulted in a much different attitude toward the restaurant’s occupancy. Klufas was the only Council member not present for the meeting Tuesday.

Council members Victor Barbosa, Eddie Branquinho and John Fanelli came and went during negotiations; Barbosa was elected in 2020 and resigned before the matter was resolved. Fanelli was appointed to fill out the remainder of the term, and later his seat was filled by Theresa Carli Pontieri. Branquinho opted not to pursue a second term and was succeeded by Cathy Heighter. The issue of the Palm Harbor restaurant would signify one of the first major issues that Carli Pontieri and Heighter would tackle after their swearing in earlier in December.

The issue of the lease agreement was presented to the Council in the morning’s workshop meeting, and then voted on shortly thereafter in its business meeting. It was approved by a unanimous 4-0 vote.

For the Marlow family, the owners of the Green Lion, the fate of their family restaurant seemed decided long before negotiations even ended. Accusations of shady business and acting inhospitably were levied against Council members, with Tony Marlow once calling the Council ‘a bunch of crooks’. City residents rallied the Council with ferocity to renew the lease with the Green Lion, some public comment sessions lasting several hours. It was one of the most unifying causes for residents in recent memory, at least as it appeared by those who participated. It was to no avail. The Council rationale was to prevent the citizenry from unfairly subsidizing a private business.

A bidding process was started after negotiations broke down, and the Green Lion had the opportunity to participate. They opted not to submit a bid, and so Loopers was awarded the new lease. Only two complete bids were submitted, with city staff unanimously selecting Loopers, according to City Chief of Staff Jason DeLorenzo. The bidding deadline was extended after only one bid was placed in the original time-frame. There was previously speculation that other businesses would be hesitant to bid for fear of backlash to the succession of the Green Lion, a consistently popular establishment.

Loopers is entered into a five-year lease with three renewals. They will be responsible for paying for electricity, propane, telecom, and internet. They will split evenly the cost of water and sewage costs with taxpayer funds. “This has been a long, grueling process and I’m delighted to hear the communication has been responsive on all sides,” Mayor David Alfin remarked during DeLorenzo’s presentation. “It’s not gonna cost our taxpayers like the previous agreement did,” added Vice Mayor Ed Danko.

Like the Green Lion Café, the owners of Loopers also own a restaurant in Flagler Beach. Where the Marlows own the Golden Lion Café on A1A, the Loopers owners also own the Beach Front Grille just down the street. Both the current and future tenants of the Palm Harbor restaurant building will be open to the public, and not just those who use the golf course.

“Businesses are meant to stand on their own,” Danko said moments before they vote. With the roll call vote, the era of the Green Lion Café in Palm Coast comes to a close, and the time of Loopers begins.