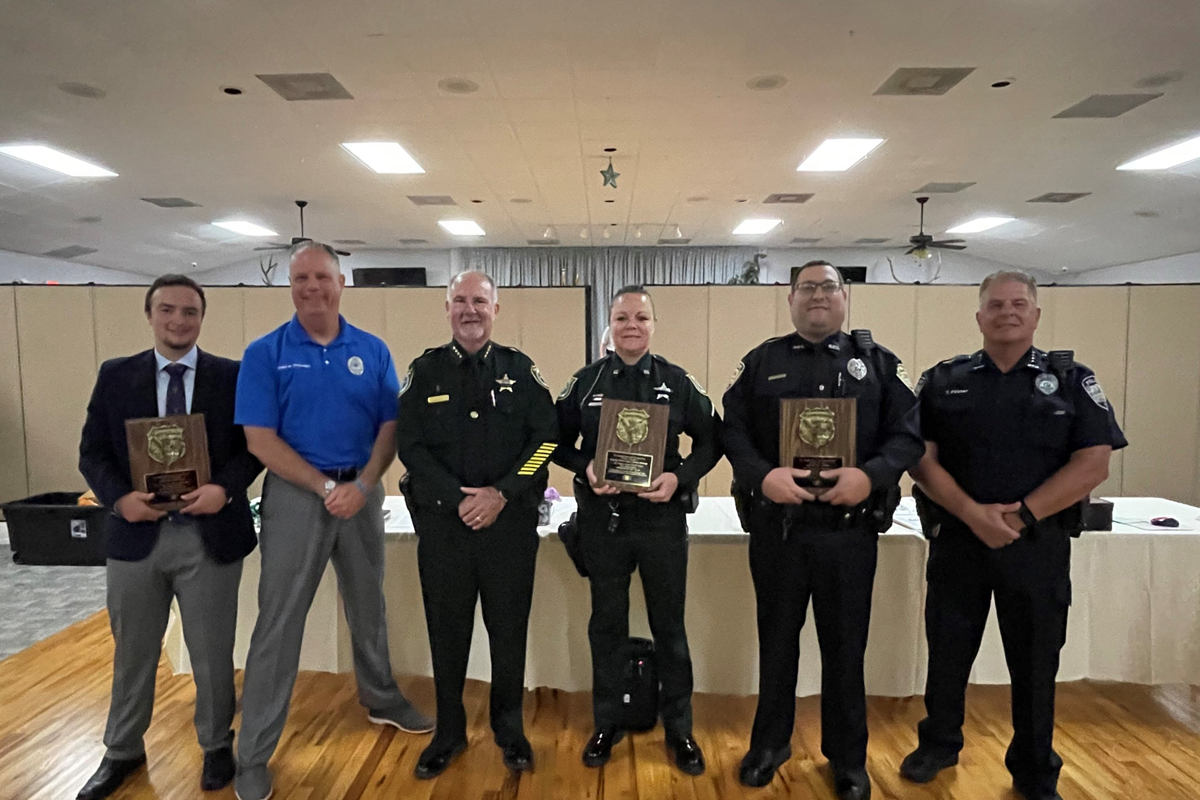 On Wednesday, May 12, 2021, the Flagler Palm Coast Kiwanis Club held their Annual Law Enforcement Officer Appreciation Luncheon and awards ceremony. Sheriff Rick Staly was the guest speaker and gave an update on the Sheriff’s Office, new District 2 offices and the more than 48% crime reduction in Flagler County since 2017.

DFC Rainey began her career with the FCSO in 2015 and is part of the Community Policing Division. She was selected for this award for her proactive approach to policing and her ability to stay calm in the midst of chaos. The training she’s received was perfectly displayed during one “routine” traffic stop in March that resulted in the arrest of an armed fugitive wanted for murder in Georgia. DFC Rainey’s track record of proactive enforcement, combined with her positive attitude are commendable and deserving of recognition.

“DFC Rainey is a prime example of proactive policing and her abilities to remain cool, calm and collected in high stress situations and is a great asset to the FCSO,” Sheriff Rick Staly said. “She consistently goes above and beyond the call of duty, exemplifies professionalism and is dedicated to serving the people of Flagler County. DFC Rainey is very deserving of this award and being recognized for her commitment to keeping our community safe. Thank you to the Flagler Palm Coast Kiwanis Club for recognizing her and congratulations to all the winners.”