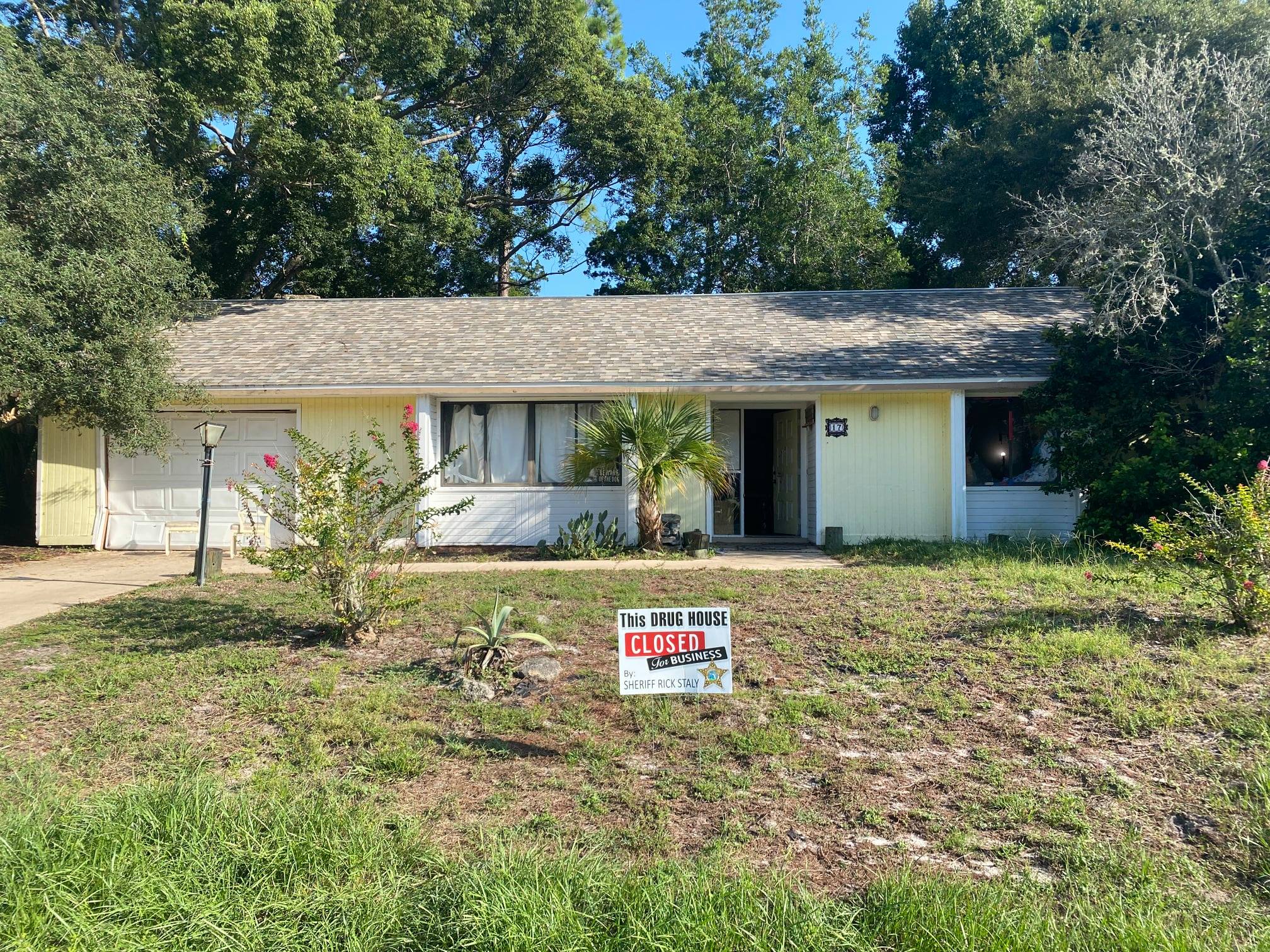 A huge drug bust occurred when the Flagler County Sheriff’s Office executed a search warrant on Tuesday. The drug house, located at 17 Blasdell Court in Palm Coast, resulted in the seizure of 916 grams of fentanyl, enough to kill 481,000 people. Two arrests were made at the house: the owner, Brian Pirraglia, and a tenant, Michael Connelly.

In Connelly’s bedroom, deputies seized 41.2 grams of Sulfamethoxazole and Trimethoprim, as well as hypodermic syringes, spoons with residue, a glass vial and metal grinder located in a black backpack on the floor, and multiple bags with residue. 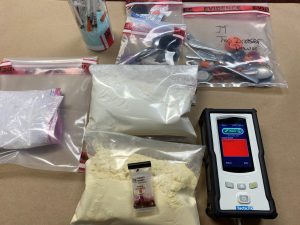 The assortment of drugs and drug paraphernalia found at the B section residence. ⓒ Flagler County Sheriff’s Office

In Pirraglia’s room, deputies seized hypodermic syringes, spoons with residue, a glass vial and metal grinder located in a black backpack on the floor, and multiple plastic bags with residue.

In the house’s kitchen, deputies found two receptacles, a plastic bag and a plastic jar. This is where the two individuals were storing the 916 grams of fentanyl. The plastic bag contained 510 grams, and the jar, labeled ‘protein’, contained the remaining 406 grams. Pirraglia insisted the plastic jar did in fact contain protein, and that the bag was a gift from a neighbor, the contents of which he was unsure.

Both Pirraglia (39), and Connelly (40) have criminal histories with the Flagler Sheriff’s Office. Connelly’s history dates back to 2007, and charges include Violation of Probation, Fail to Return Leased/Hired Property, Fraud, Failure to Appear, Grand Theft of a Motor Vehicle, Possession of Cocaine, Possession of Hydromorphone, and Unlawful Use of a Two-Way Communications Device.

Pirraglia’s history, dating back to 2014, includes Shoplifting, Violation of Probation, Failure to Appear, Driving While License Suspended with Knowledge, Possession of Fentanyl, Possession of Drug Paraphernalia/Equipment, and Resisting Officer
Without Violence.

“These two are frequent guests at the Green Roof Inn and have yet to learn their lesson,” said Sheriff Rick Staly. “Between these two poison peddlers, they had enough fentanyl to kill 481,000 people, which is more than the population of Flagler and St. Johns County combined! This is another great job by our Special Investigations Unit. I’m proud of their persistence to get 916 grams of poison off our streets and of our SWAT team that safely served the search warrant.”

The bodycam footage of the search warrant’s execution is included below, courtesy of the Flagler County Sheriff’s Office: