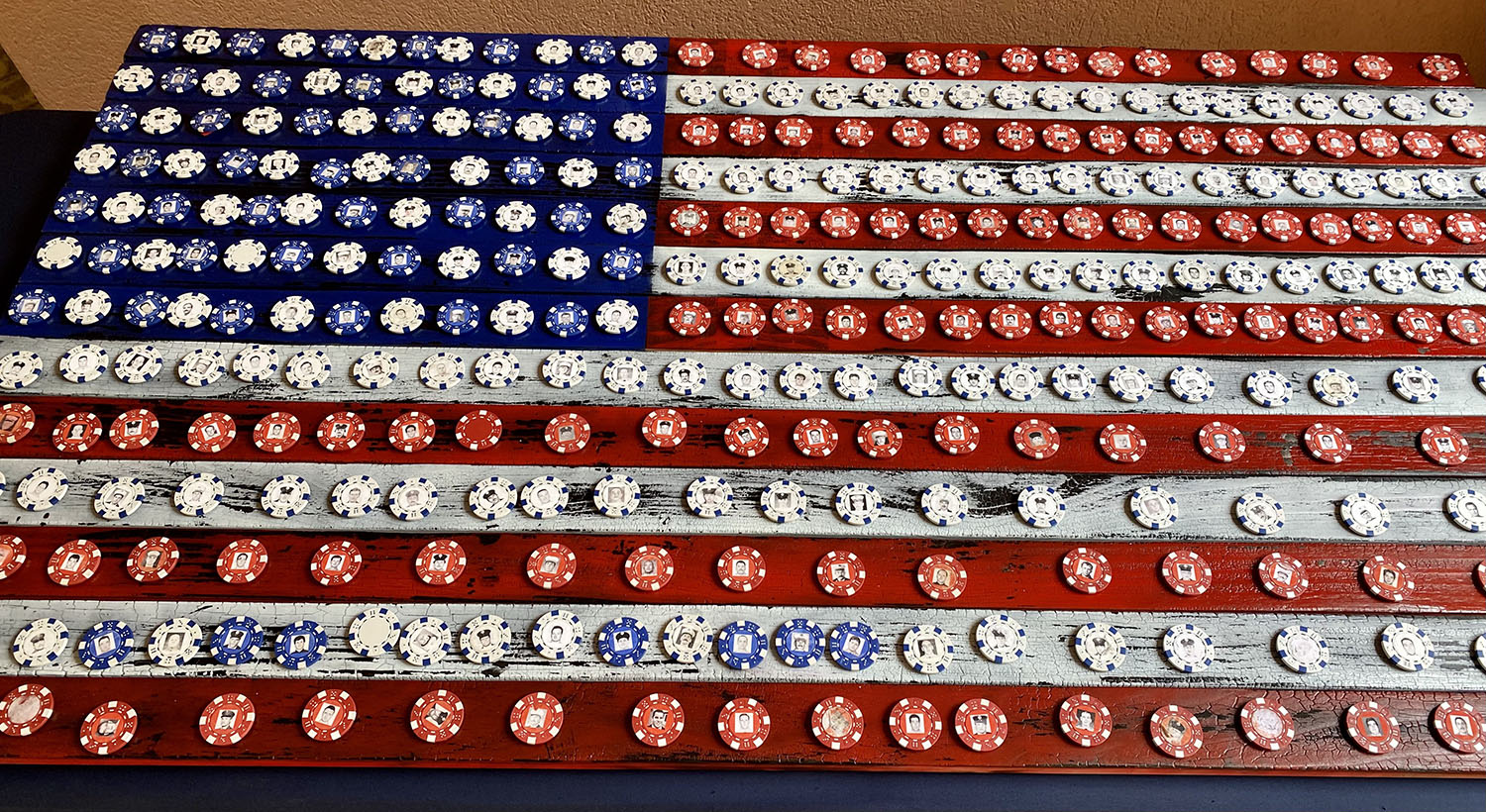 September 13, 2021 – Flagler County and the Hammock Beach Golf Resort and Spa came together to create an inaugural “Memorial Stair Climb” in honor of the 343 New York City Fire Department (FDNY) firefighters who heroically gave their lives trying save others as they rushed into the World Trade Center twenty years ago to the day.

Eighteen climbers ascended the 11-flight stairwell at the resort 10 times to represent the 110 flights of stairs at the World Trade Center that the 343 firefighters climbed in their efforts to prevent the loss of life. Saturday’s climbers carried remembrance poker chips that depicted the faces of the FDNY firefighters who worked their last shift on September 11, 2001 as they climbed a collective total of 39,600 steps.

“This is truly humbling,” said Firefighter-Paramedic Andy Thomas, who brought the idea for a local Memorial Stair Climb to Resort Security Director Adam Dennison. “These guys were going in without thought for themselves. They were going in to work – to save lives.”

Firefighters, dressed in full turnout gear, began their first ascent promptly at 8:46 a.m. – the moment American Airlines Flight 11 was flown into the North Tower of the World Trade Center complex in Lower Manhattan (17 minutes later at 9:03 a.m., the South Tower was hit by United Airlines Flight 175).

A memorial stair climb isn’t a new concept, but it was the first official tribute of this kind held in Flagler County.

The first stair climb held to support the mission of the National Fallen Firefighters Foundation was held on September 11, 2005 when five Colorado firefighters convened at a high-rise building in downtown Denver to climb 110 flights of stairs in memory of their FDNY brothers, according to www.firehero.org. Donations can be made to support the foundation – which fund the programs provided by the NFFF to support the families of your local fallen firefighters and the FDNY Counseling Services Unit – by clicking this link.

Fifteen firefighters, including two from Daytona Beach, along with two wives of Flagler County Fire Rescue firefighters, and a former agency firefighter each climbed the 2,200 steps to honor the fallen firefighters. Motivational posters created for the event provided encouragement in the stairwell during their climb, and punch cards helped them track their 10 trips.

“I’m not doing this for me, I’m doing it for them,” said Flagler County Firefighter Breonna Banks. “I will finish. I won’t give up.”

Daytona Beach Firefighter Mike Gocke brought an American flag made with 343 poker chips with the face of each NYFD firefighter whose life was lost. The day’s climbers carried the chips for all 10 trips up the stairs, and then returned them to that special flag in remembrance of their heroism.

Though the event wasn’t public, spectators from the area – who were provided with an American flag – cheered on the firefighters. Hammock Beach Golf Resort and Spa provided beverages and lunch for the firefighters and small handful of other climbers.

“These firefighters put their lives on the line day in and day out,” Dennison said. “It was an absolute pleasure to do this for them. This was one small thing we could do to support our firefighters, and repay them for everything they do. Hammock Beach Resort looks forward to maintaining this relationship and doing it again next year – maybe bigger – in remembrance of all those who lost their lives on 9/11.”

Climbers are listed below.

Advertisement. Scroll to continue reading.
In this article: