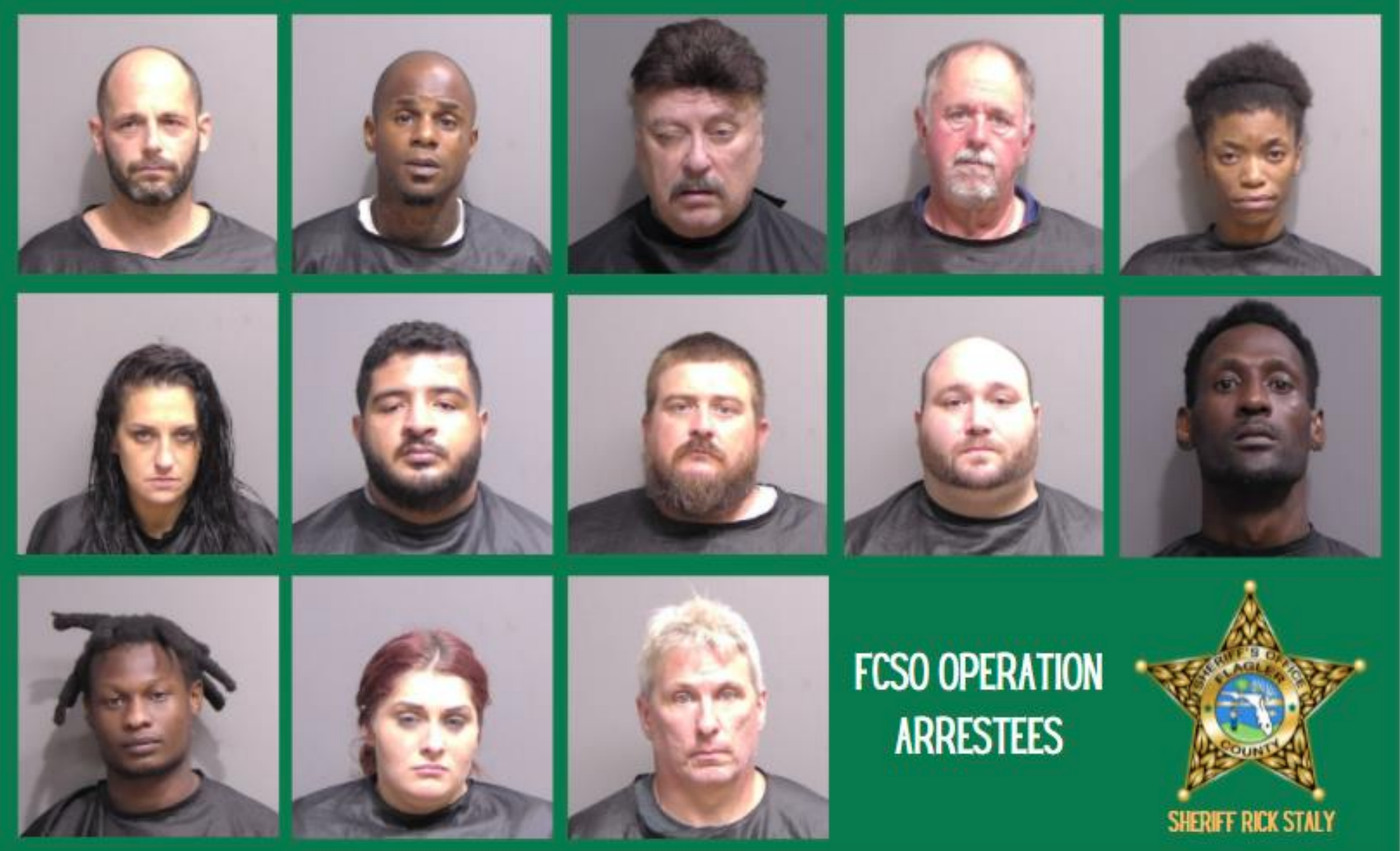 A two-day undercover operation by the Flagler County Sheriff’s Office has resulted in one human trafficking victim being discovered and intercepted, as well as 13 arrests on charges of prostitution, narcotics, and firearm offenses.

The arrested individuals varied in age from 23 to 62. Seven of the group are held on $500 bond, and none have any listed priors in the FCSO inmate database. According to the statement released by the Flagler County Sheriff’s Office, there names were as follows:

29 year-old Cleveland Williams faces the steepest group of charges out of the bunch, with three felony charges and two misdemeanors totaling to a $16,000 set bond. Rachell Ponder, arrested for offer to commit prostitution and no Florida driver’s license, has already posted $500 of her $1,000 set bond.

The operation was conducted with a focus on online solicitation of prostitution, namely websites in which facilitators of prostitution could enter into deals with individuals seeking to procure their services. The FCSO’s Special Investigations Unit (SIU) worked in conjunction with Homeland Security Investigations (HSI) on June 16th and 17th in an effort to identify and combat human trafficking. HSI also arrested twelve on human trafficking and money laundering charges in Arizona just three days ago.

“I want to thank our Special Investigations Unit, Homeland Security Investigations, and our [Problem Area Crime Enforcement] team for their incredible work during this operation,” said Sheriff Rick Staly. “Whenever we conduct operations like this we rarely only charge offenders with soliciting prostitution. We recovered drugs, firearms, and this time the operation led to the rescue of a victim of human trafficking. These are not victimless crimes and we will continue to work to end human trafficking, prostitution and drugs in Flagler County. I also hope the females that were arrested get the help they need to get off drugs and turn their life around.”