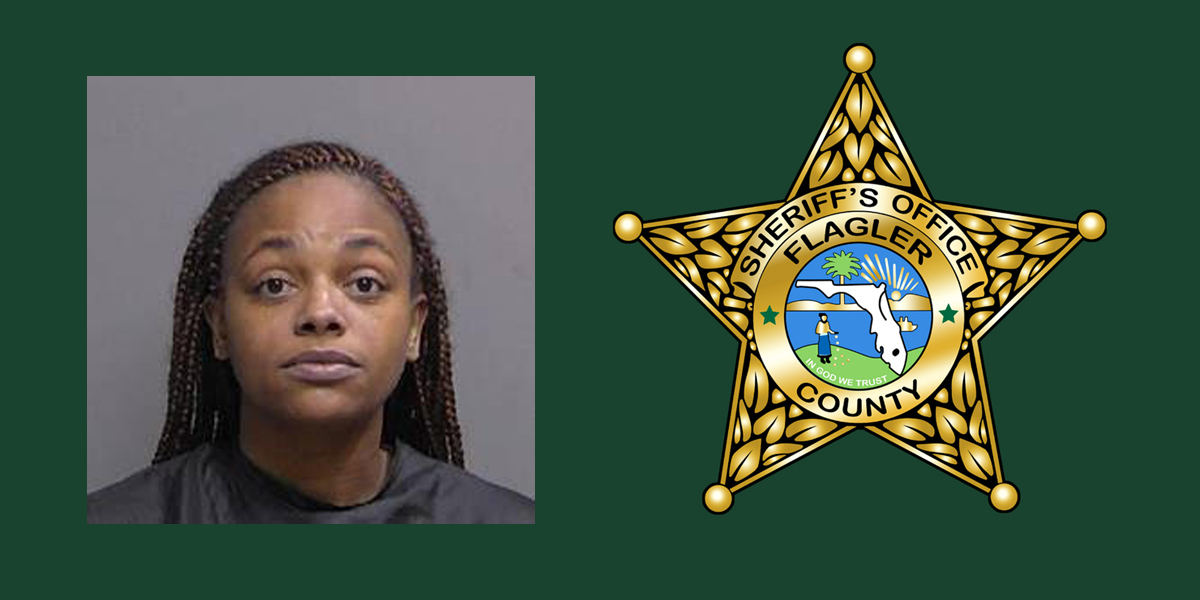 On January 8, 2022, the Flagler County Sheriff’s Office (FCSO) conducted a traffic stop on a speeding vehicle in the area of State Road 100 West and Water Oak Road.

Deputies approached the vehicle and made contact with the driver who identified herself as Myava Latka Stern (DOB: 5/16/1988). She advised she didn’t have a driver’s license on her but her license was valid out of Maryland. Shortly after, she advised she only had a driver’s permit. Deputies attempted to verify her information, but the Sheriff’s 9-1-1 Dispatch Center could not verify her identity or records. 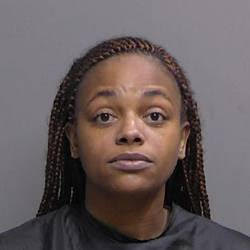 Deputies asked the driver to conduct a fingerprint screen to prove her identity and she refused. She then advised that she had been providing a false name and she had a warrant for her arrest for child support. She was then asked to exit the vehicle but refused and rolled the windows up, locked the driver’s side door, and reached for the keys in the ignition. Verbal commands continued and the driver refused to obey. She eventually opened the driver’s side door but refused to exit the vehicle and continued to keep her right hand on the ignition key. Deputies were able to open the passenger side door, successfully remove the keys from the ignition and unbuckle her seatbelt. The driver then exited the vehicle and was secured without further incident.

Using FCSO’s RapidID technology at the scene, the driver was identified as Shamiah Lakida Jones (DOB: 4/5/1991). Jones had active warrants from Putnam County for Failure to Appear for Possession of a Controlled Substance and Possession of Drug Paraphernalia. It was also determined that her driver’s license was suspended for child support.

“Here’s a prime example of why the technology we have implemented is so important,” Sheriff Rick Staly said. “This fugitive was trying to hide from active warrants by providing a false name but you can’t hide from our technology. Our deputies did a great job handling this volatile situation that was escalating because of the poor decisions she was making. Let this be a reminder to criminals that you can run from the law, but if you come to Flagler County, we will find you and put you in the Green Roof Inn where you belong.”

Jones was arrested for her outstanding Putnam warrants and local charges of Providing a False Name to Law Enforcement, and Driving While License Suspended with Knowledge. She was transported to the Sheriff Perry Hall Inmate Detention Facility and is being held on a $3,150 bond.