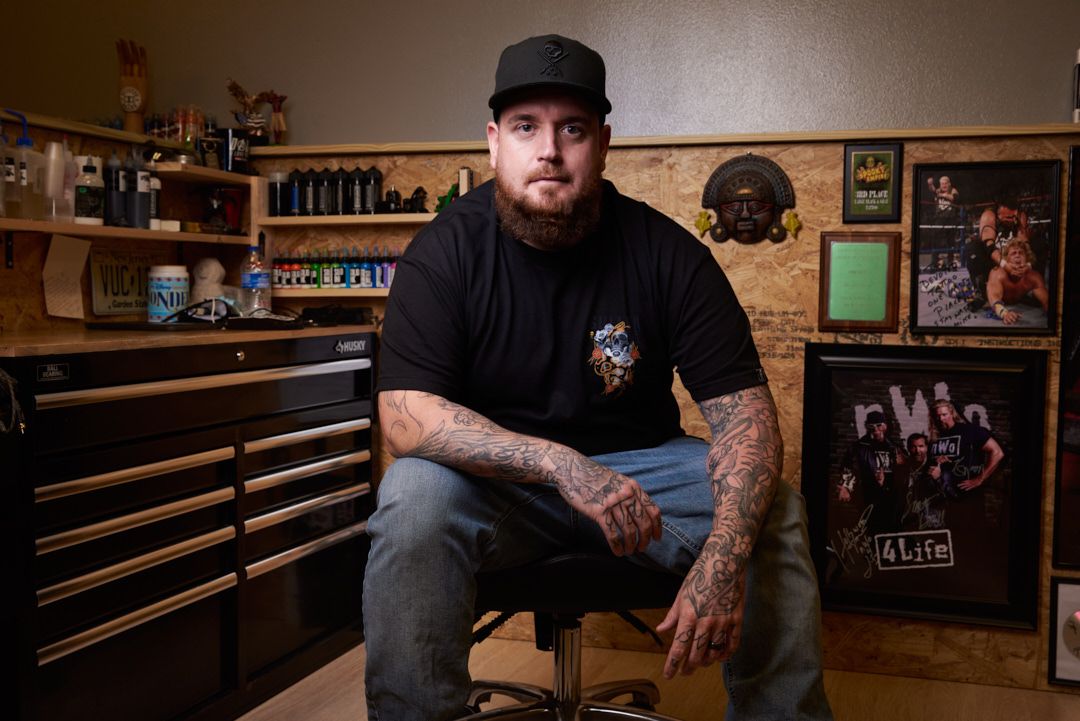 I first visited Devoted Tattoo Studio in 2018, when I saw some friends’ bands play shows right there in the front lobby. It came as some surprise to see a tattoo studio of all things opening themselves up as a music venue, but I found it worked a lot better than one would think. The energy in the packed second-floor business space was electric.

A big part of the reason it worked was that Devoted spent their time here in the community building a tight-knit community of young music and art fans, all of whom have come to consider Devoted a local landmark of youth culture.

My friend Dylan Parra, a local graphic designer and one half of local band Flo.wav, recently became a full-fledged member of the Devoted team, having previously worked with Devoted to create Flo.wav Music & Arts Festival, Palm Coast’s largest annual music festival. The partnership between Devoted and local artists has been monumental in building up Palm Coast’s fledgling music scene, and so when Dylan reached out to me about collaborating with Devoted to tell the beloved studio’s history, I jumped at the chance.

After agreeing to an interview, I got in contact with Michael Biller, the owner and founder of Devoted Tattoo. Biller is a New Jersey-born award-winning tattoo artist who came to Palm Coast looking to start something…different. His tattoo studio has certainly taken off, but the reach he’s had in the community has extended far beyond just those who bear ink.

How long has Devoted Tattoo Studio been in business now?

“Devoted Tattoo Studio has been open since July of 2013. I was fortunate enough to be able to open a tattoo studio and business in Palm Coast. We are, officially, the longest lasting tattoo studio in Palm Coast and I am honored to be here.”

What things should people know before coming to you to get a tattoo?

“Some things to know before getting a tattoo are to be well rested and hydrated. It is always a good idea to not arrive on an empty stomach as well. Being open-minded and positive will also help in creating a lasting memory.” 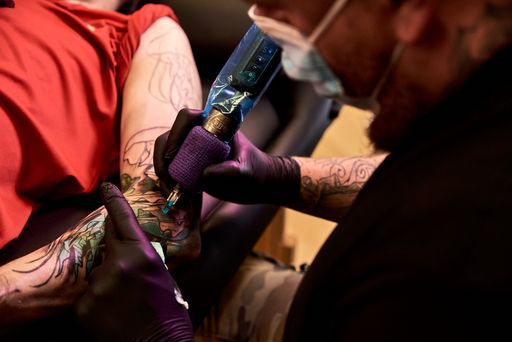 What have been the challenges of being a business owner during the pandemic? How have you ensured that Devoted Tattoo is a safe and sanitary environment to come get a tattoo?

“This pandemic has brought in many challenges, but Devoted and the artists here have always been properly trained to provide a safe and sterile environment. The only changes that we have made are not allowing guests and wearing a mask during tattoo sessions. We always keep all surfaces and areas sanitary, so it wasn’t that big of a change to the business. We are licensed by the Department of Health and inspected annually, so we naturally stay on top of our game.  The only big concern was with the shutdown and eventual reopening. We wanted to follow all rules and guidelines and stand in solidarity with our community.”

What are some of the craziest tattoo requests you’ve gotten?

“It is kind of funny, I get asked about crazy tattoos and placements quite often…to be honest, I haven’t really done any so far, I guess that I’m lame or too boring! Every request that has been brought to me has been something meaningful and important to that client. I suppose that tattooing someone’s head or hands could be considered crazy because of the chances of that person’s future employment or acceptance in society. But, generally speaking, every piece has been tasteful and meaningful.” 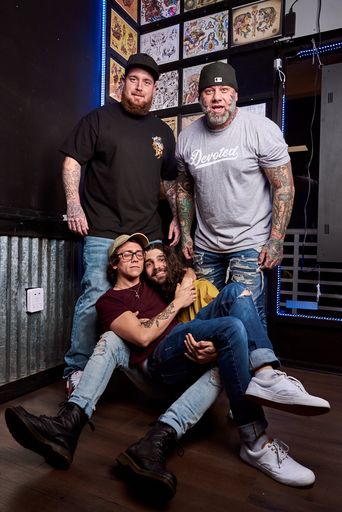 In recent years you’ve held live performances from local artists in your shop, and you’ve started something of a small clothing line. What’s the goal for expanding the Devoted name?

“I am very fortunate to have befriended a lot of local musicians and artists. We have created a nice artistic network for this county and we have plans to expand not just the Devoted brand, but the talent as well. With the help of the local band Flo.wav we have involved ourselves in festivals and musical performances. The city of Palm Coast even took notice and joined our movement. As a matter of fact, we had two big festivals planned for this year but the virus struck. That doesn’t mean that we aren’t planning something big for 2021! I appreciate that you have noticed the clothing line. We are working hard to generate our fall/winter release as we speak. We feel that we can get our artwork out in a non-permanent, ink-and-needle fashion through clothing.
I can let you in on a secret: Devoted is in the process of creating art books and temporary tattoos! I have four children of my own and they always ask Daddy to draw up tattoos on them, with markers of course! So why not create tattoos for everyone? Also we will be able to offer custom, one-off prints so you can take your tattoo idea for a test drive.
With all this being said, the goal for Devoted has been to always spread positivity. Whether it be from smiling at that new ink in your skin or dancing to some of that Flo.wav goodness in your Devoted-brand tee!”
You’re originally from a township in New Jersey known as Brick. Did you tattoo there too? How is the tattoo community different in Palm Coast than it is in Brick?
“Yes, I am originally from Brick! Jersey represent! I moved to Palm Coast back in 2008 and had only been tattooing for about a year then. I worked a full time job and only tattooed close friends. They gave me the support and practice needed to motivate me to where I needed to be artistically.
The tattoo community is pretty much the same everywhere you go, in my opinion. The only difference between Brick and Palm Coast is that Brick has more shops and artists. It’s more like St. Augustine or Jacksonville.” 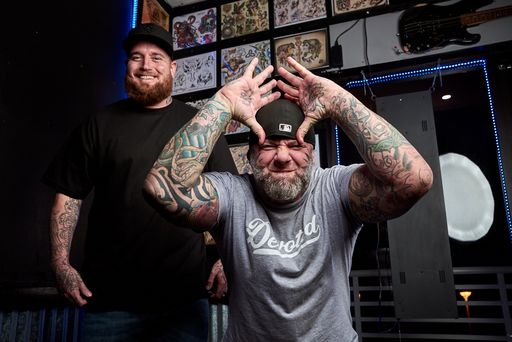 Lastly, tell us what’s going on in your shop! What new products and/or services are you excited to offer to the community?

“Devoted hosts ten in-house artists, two of which are former Ink Master TV series artists. We are going to use that experience and our talents to launch a Devoted vlog and release videos and commentary on tattoos and studio life. We will also be filming an informative series on topics such as tattoo aftercare and how to design your next tattoo.”

AskFlagler thanks Michael Biller and Dylan Parra for arranging this interview!